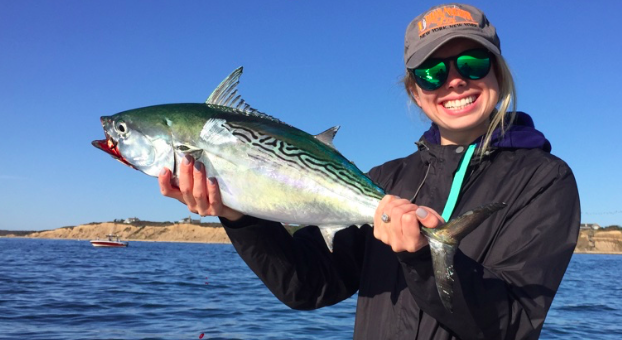 Today, you can be fully armed with only one or two fly rods… if you can speak fluent fly line, cast well single and two-handed, properly swim the right flies, and fight fish with the butt of the rod

[dropcap]T[/dropcap]oday, where I fish, I only need one fly rod. The rod is mostly overlooked because it’s sold as a specialty rod. It’s very short, moderately fast action rod, capably pitches big flies, but is not a tournament distance casting fly rod.  Rod maker Sage suggests lining it with grain weight measured fly lines – often a problem for fly fishers that think in terms of numerical weights, like 6-weight, 12-weight, etc (see chart).

There are fly rods out there that are said to be the equivalent of the Sage Bass rod and can handle it’s wide range of applications. The number of tarpons caught on the Sage Bass rod, unknowable. Much larger tarpon have been hooked with the Sage Bass, especially at Spillways, but they were unmanageable at my pay grade – earning early releases by bending too small hooks, or just flippin’ me the bird via a thrown kook.

The rod was hired to fish South Florida’s roadside canals, and pitch flies under low bridges connecting sections of the Everglades. It is advertised as a “specialty” rod. A marketing miscalculation, in my opinion.

I broke off so many tip tops on bridges and repaired so many tip tops that I began to lose interest in the rod. Blaming the rod, not the angler, for the game-ending injuries. On its last bridge day, it suffered a particularly brutal break midway into the top section while trying to entice an under the bridge snook in the 20-pound class. The rod exploded – I couldn’t repair it, and didn’t catch the snook. The rod was put to pasture. It lay dormant for about two years, and then it was hauled to Savannah where I escaped to find solace from having been a failed caregiver during my brother’s months-long cancer death ordeal.

In Savannah (Midway, Georgia), I was within walking distance of a tributary that emptied into the Altamaha River. It was awash in juvenile redfish (2/3-pounds) and easily accessed with a $200 canoe. The number of tiny crabs in the tributary seemed almost of biblical proportions.

The tributary was only a canoe length wide at high tide, but very deep, and empty at low tide. Not getting tide trapped was a game I got good at, fast.

I’m sorry, would you please repeat that?

The Sage Bass rod, repaired, would be perfect for my redfish assignment.

For some reason, I felt entitled to Sage fixing my fly rod. Armed with a bad attitude, I called them and readied for an onslaught of defenses as to why they wouldn’t fix my rod for the advertised fee. Instead, they asked how did it get broken? I told the repair guy. He laughed, told me a better one. He then said: “Just fill out the online form found on our website, send back the broken piece with the entire rod in its case and include a check for $40.” I could not believe how easy it was. Four weeks later my rod came back – perfect.

I knew Sciaenops ocellatus – they would be stupid gluttonous as soon as the water chilled, then disappear only to return in late February when the water warmed enough to get the crabs going again.

I relied on tide timing by my watch and calculated in my head high and low because I was too far inland to guess where to add time or subtract time from buoy locations. Some moon phases – tide cycles, made a fishing trip not doable – best fishing too late in the day or too early.

My earliest preferences for fly lines for the Bass rod were RIO, Scientific Angler (SA), Wulff and Airflo, leader materials RIO and SA. That history of fly lines bought was over a decade of tweaking the Sage  – looking for Godot, I guess?

I have no complaints about any of those lines, they were each purchased with singleness of purpose in mind, and all performed as advertised.

My last purchase for the Sage Bass rod was at the Fly Shop of Fort Lauderdale, a place I worked part-time and a great shop that no longer exists.

What I wanted to try was RIO’s Short Outbound in an 8-weight. The Rio’s Outbound Short facilitated monster casts, but Kerplunk landings, which was moderated with a more extended, fatter butt section and a long tippet. That would all change when “poly” and “versi” leaders were added.

Just about at the same time that I learned how to two-hand my Bass rod with the Outbound, Ed Ward introduced his OPST Commando Head and Lazur Running Line. Everyone I talked to on the West Coast poo-pooed Ward’s “invention.” The reasons no one liked the OPST “system” did not have universal grounds of complaint. I suspected the disavowal was a personality thing… maybe jealousy?

There was no need consulting with any fly shop east of the Grand Canyon about things Spey, except in the Great Lakes area.

On the East Coast, two handed fly lines and two handed anything was like talking Mandarin to traffic court judge in Alabama. No capisca.

Naturally a contrarian, I bought the OPST 275 grain system for my Sage Bass rod (the rod is designed for the 330-grain line using regular fly line) and loaded it with 150-yards of backing  onto a lightly used 3Tand 5/6 demo reel The reason why a conventional line was 330 grain and the OPST Commando was 170 grain fly line, had to do with their being equivalent when fly line type – head length, head weight, and head taper were accounted for.

The taper on the Commando went from cigar diameter to pencil thickness, so to speak, in just a dozen or so feet. It loaded any fly rod of any “action” right now – no double haul need apply.

Most of the other fly line companies have come full circle on the short, fat head fly lines. Most have integrated the lines, eliminating the loop to loop connection of shooting head to running line.

The advertised value of an integrated fly line is that a loop to loop hinges when cast. Oh, really? But what it surely does is eliminate the wide range of easy, fast reconnects of different heads to meet ever changing fishing conditions. No, it does not hinge when cast.

To round out why one rod can alway go nine innings-think looped on heads and running lines, Polyleaders, a tips wallet of many a make, and creative leader thinking