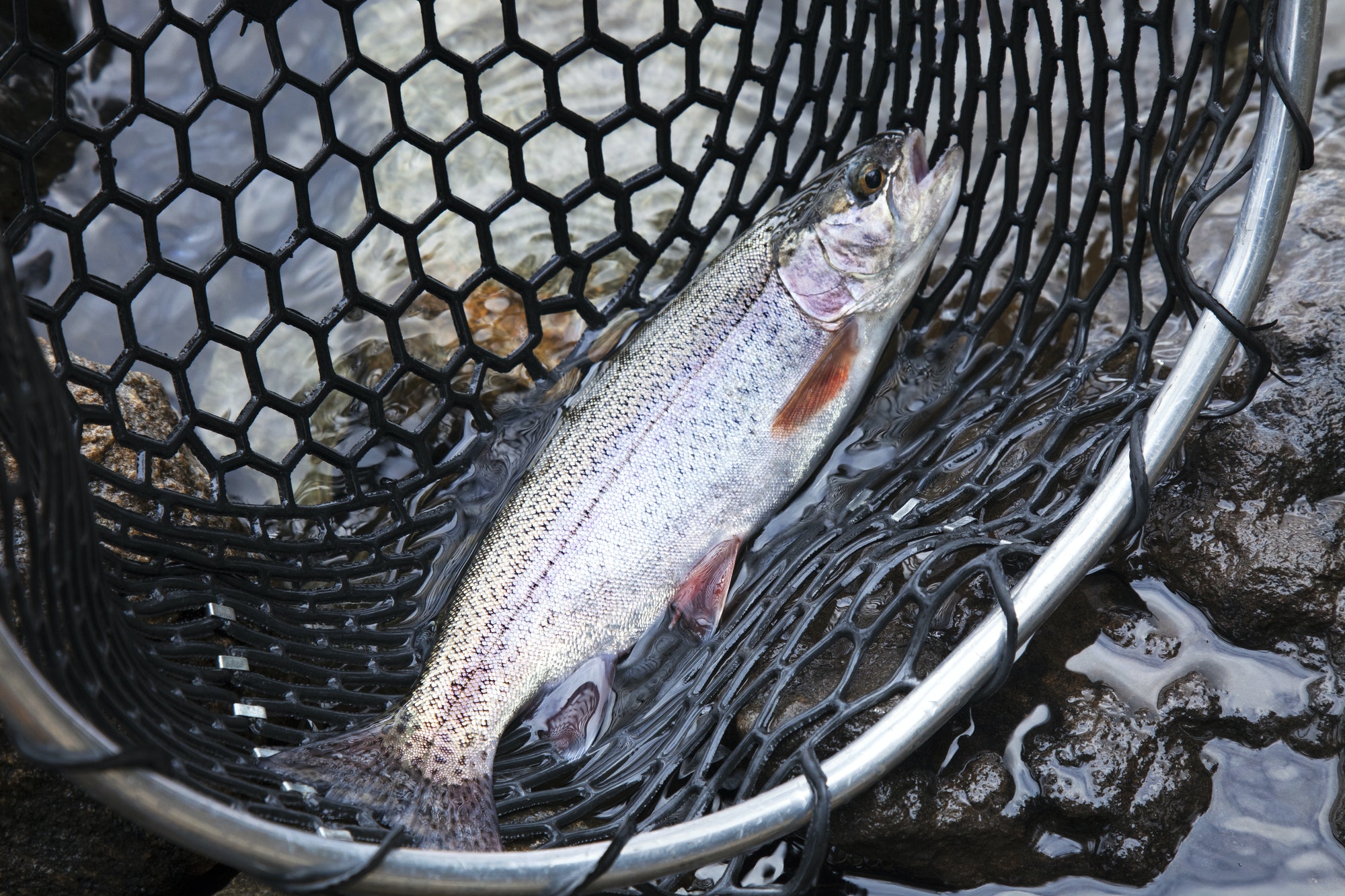 Sarah’s first fly caught fish. A 15″ rainbow on a Parachute Adams #20 she tied the nite before.

We need more ‘Sarahs,’ the sport does, and so does the environment

My oft times fishing partner, Angie Roth, asked if I’d mind if her niece came along on our pre-planned winter trip. Without asking a question, I said, not at all. I knew Angie would fill me in – she did not disappoint. And I knew the person would not be a drag.

Angie’s family’s North Georgia Eberle Farmstead is a mountain retreat that never grew anything to eat but did have several spigots, ice-cold freshwater veins gurgling forth from the rocky walls scattered on the sides of would-be mountains. These 24-7 faucets feds rivulets that become brooks tumbling into streams and then, a nameless, native body of moving water that dissects the farmstead west to east before heading south and east to become map named riverine entities.

Sarah Firestone [yes, the tires], Angie’s niece, is a single and 35ish dentist with a practice in Ohio and spends her off-hours in a gym – or at least it looks like she does. She said she grew up spin fishing and added being familiar with the frustrations of casting a spinning setup. Still, she wanted to become frustrated fly fishing because it was so graceful and artful to fly cast.

Sarah said one nite at dinner, ‘Fly fishing is active and absorbing. Wading in streams in pursuit of fish is a whole different world from sitting in a boat, waiting for something to bite, and you can make it into whatever suits you, from leisurely pastime to strenuous obsession, solitary or social.’

Sarah is not without opinion

Sarah, an active amateur tournament level tennis player, knew fly casting was an athletic challenge, but she found it a small one over four days. She said: ‘A very average klutz can cast these Henry fly rods, but I found it almost impossible to teach myself but easy to pick up with your coaching. And I’m comfortable with the similar sorts of frustration spin fishing.’

‘Sorry, Sarah, it’s different. Drawing the supple fly rod backward to initiate a cast bends it, loading it with energy until your wrist flicks it forward. The more muscle you put into it, the worse the cast. It’s all timing.’

Fly-fishing is also intellectual. You study fish habits. You learn, or think you know, to read the river, figuring out where the fish are hiding. You study stream biology. Trout feed on lots of different bugs. The trick is casting a fly that imitates the bug currently tickling their palates. You can keep all this to yourself, of course. But for many, the sport requires endless discussion, description, and reportage, which tends to reflect favorably on the teller’s skill and wisdom. — Neil Ulman

Fly fishing is cool; let me count the ways

The second evening, I taught Sarah to tie the Pheasant Tail, sizes 18-22, and the next night Parachute Adams sizes 20-24 while we all watched a DVD of A River Runs Through It in two parts.

I hadn’t seen the movie since it came out, Sarah had never seen it, and Angie was wearing the DVD out watching it.

I fished a Henry four, Angie stayed with her Sage, and Sarah a Henry five, which Angie gifted to her. I was happy she did give it to Sarah. It should have been my contribution to the sport. We need ‘Sarahs’. 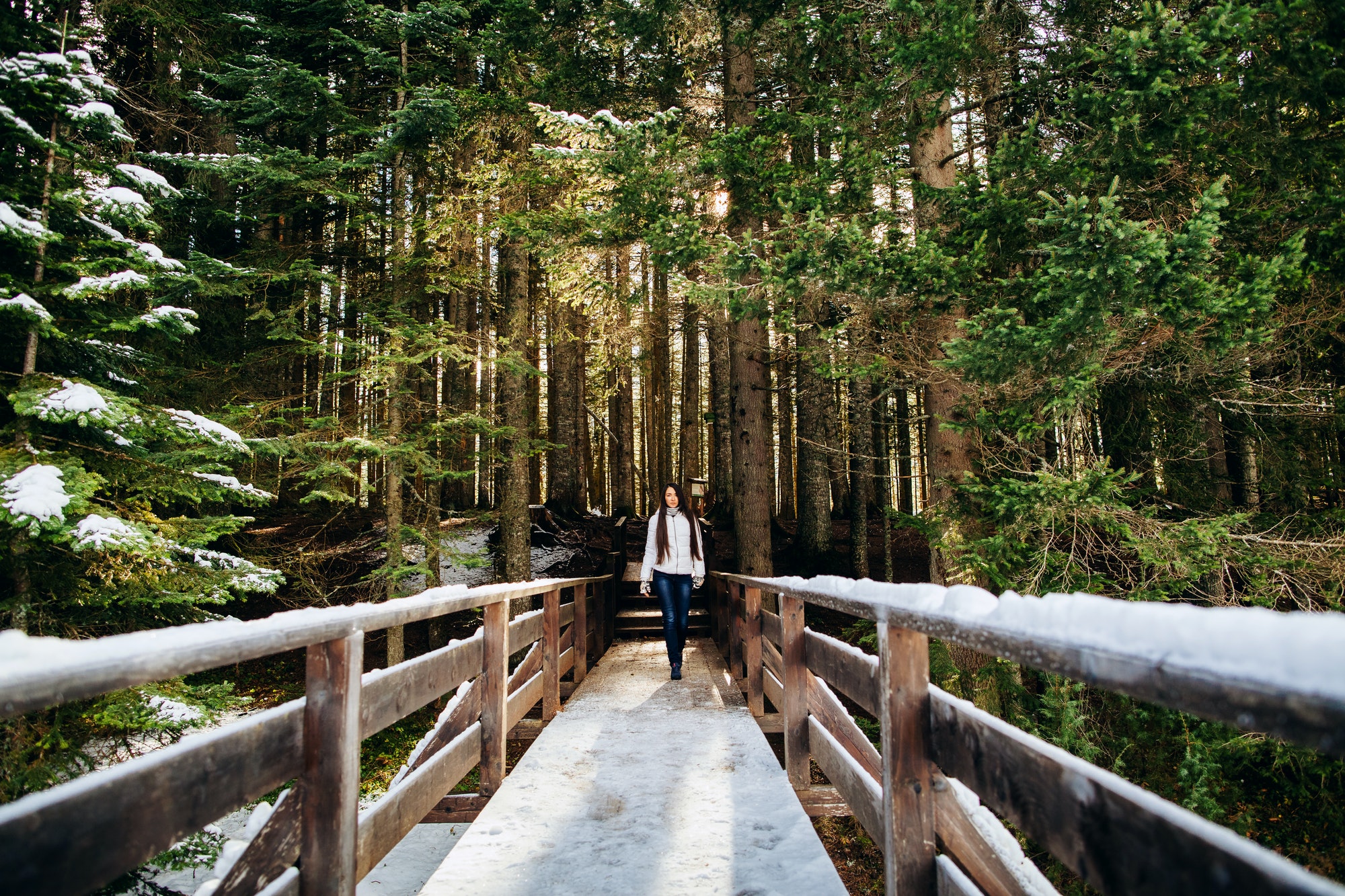