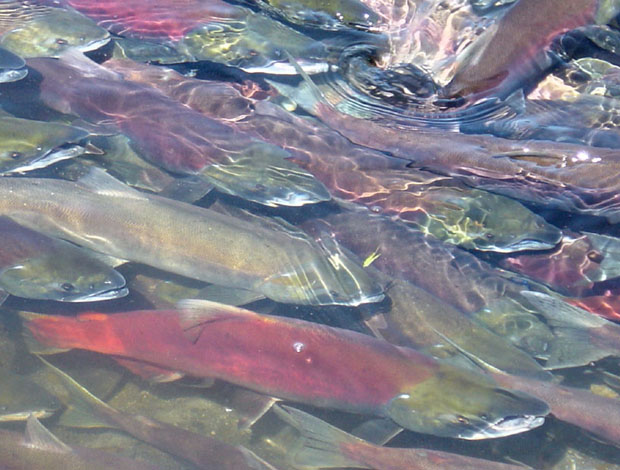 Science: Is the deck stacked against wild salmon?

[dropcap]T[/dropcap]he World Organization for Animal Health (OIE), our global first line of defence against farm animal epidemics, just stacked the odds against stopping ISA virus from spreading in British Columbia. They stripped the lab I am using to track ISA virus of its international certification.

Farm animal epidemics are considered one of the greatest threats to human food security and health. The OIE expects member countries to report diseases of global significance. One of these “reportable” diseases is the influenza family Infectious Salmon Anemia virus, ISAv.

The OIE designates “reference” labs for each reportable disease. Being a reference lab is a perilous responsibility, because calling a new region “positive” for a reportable virus will cause economic hardship to large, powerful agri-businesses. They don’t like that. We, the public, depend on these labs to stand up to this pressure and not take the easier course of action. A small team of us have now sampled farm salmon from supermarkets across Canada and wild salmon throughout BC and I sent them to the closest ISA virus reference lab, Dr. Kibenge’s lab at the Atlantic Veterinary College. This was the lab that diagnosed ISA virus in Chile, just before the virus went epidemic causing $2 billion in damages. No one in Chile recognized they had ISA until Kibenge diagnosed it, but by then it was too late. The virus had come from Norway in farm salmon eggs and raged through the country killing salmon. British Columbia is currently rated as an ISA-free region by the OIE and this brings considerable value to the BC farm salmon product. The USA has stated they do not want ISA virus contaminated salmon, so being ISA-free is critical to accessing the enormous US market, to the survival of the Norwegian salmon feedlot industry using BC to grow its fish.

The CFIA testified at the federal Cohen Commission into the collapse of the Fraser sockeye salmon that if ISA virus is “confirmed” BC farm salmon trade will grind to a halt (see film above). These are big agribusinesses with Norway heavily invested.