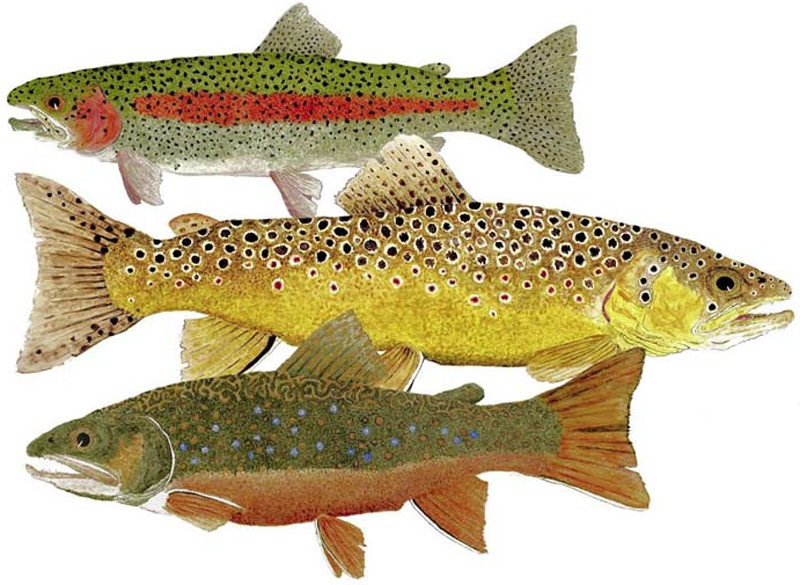 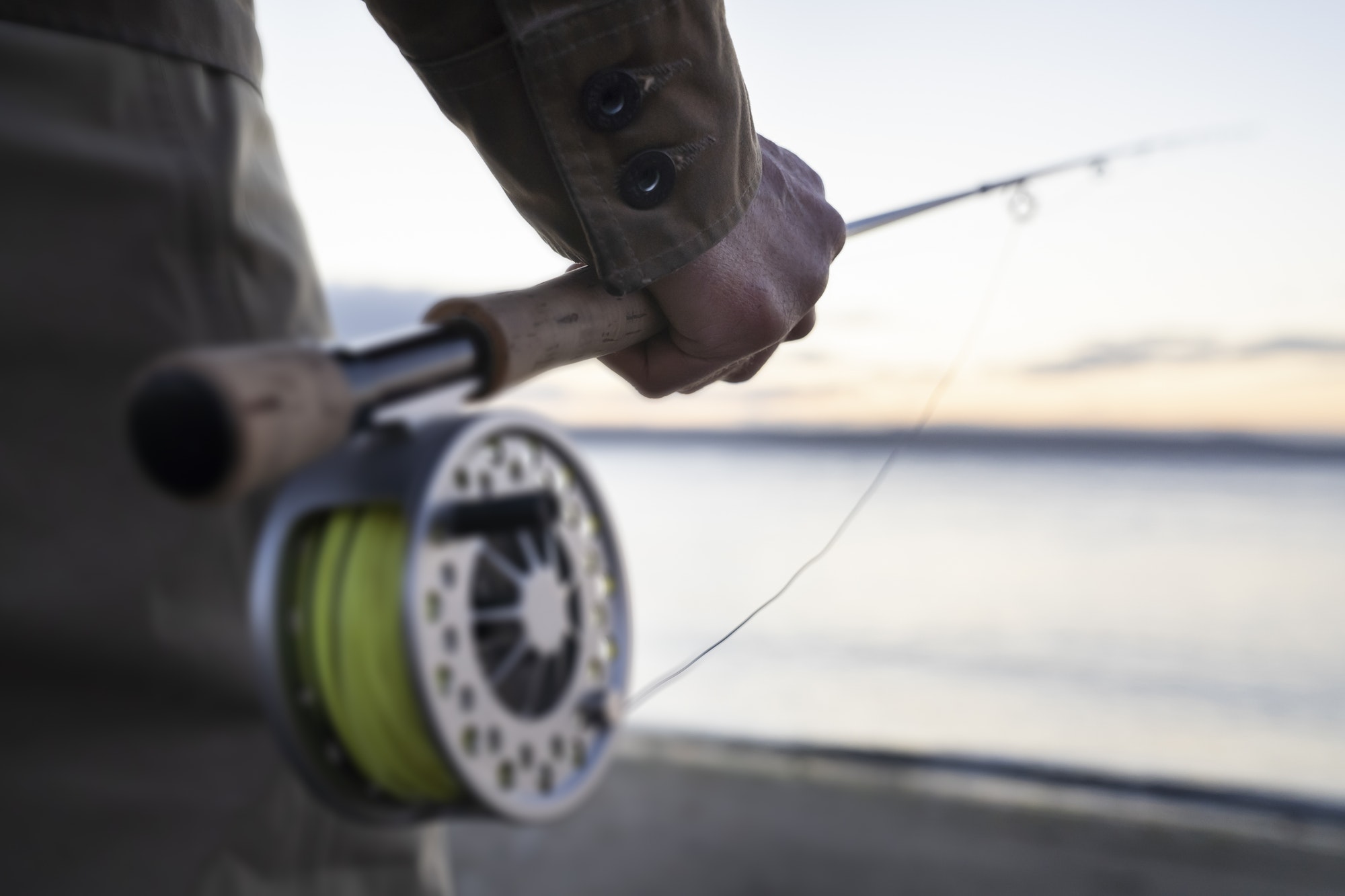 Surveying the beach in the morning.

Running lines and the new Henry’s 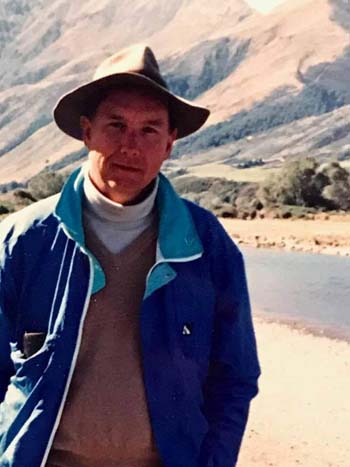 When David Redington was satisfied that it was time for prototypes of the Henry Fly Rods, I had one five, four, and two sevens. The latter crafted in slightly varied builds. Now it was time to test a mixing and matching theory – rigging and casting short rods with long handles, removable and extended butts using a conglomeration of fly line types as manufactured by the majors for conventional spey rods [mostly] but repurposed for the Henry’s.

Long story short was to go cut off the integration of head with the running line – like on an Outbound Short by RIO Products, but, coincidentally, at the time, only came like that out-of-the-box from OPST [Commando Head and its separate running line, Razor].

All done to ‘theoretically’ enable switching out different heads and getting a new performance out of the rod and line that was more desirable due to a changed condition. All done while maintaining the running line – no matter what, and making it all happen in a few minutes, not sitting down streamside for a makeover.

As it turned out, the loop to loop connection enabling a fast do-over of fly lines was a mistake because of hinging – making the whole purpose of the Henry build, make casting easier turn out problematic. Eventually, OPST found out the same thing and went, as I did, to an integrated head and running line.

About running lines and their importance

From the Oz land of spey, the confusion about running lines, shooting lines, and spey lines themselves rages on. In a spey shop out west in the US or Canada, near Pittsburgh and its neighboring Ohio and other Great Lakes states, there will be at least a dozen shooting line options to choose from, but do the same thing with distinctions – some subtle and some in the ranks of pro and con.

“Monofilament running lines are the best option for achieving maximum casting distance and line speed. They are the thinnest in diameter of all of the running lines and therefore have the least friction shooting through the guides as well as the least water tension when coiled in the current. These attributes make mono running lines the hands-down best option for anglers concerned with casting the greatest distance. In the hands of a skilled caster, mono running lines can create an absolutely buttery casting feel. They are so thin and slick that they are almost undetectable as they shoot through the guides. Of course, mono running lines have some distinct disadvantages as well. Of all of the running line options, mono has the most line memory. This line memory can usually be overcome by stretching the line before use, but is nonetheless a pain. Perhaps the biggest complaint about mono running lines is that they are hard to hold on to. As silly as this sounds, it is very valid. Mono running lines are so slick and thin that they easily can slip out of your finger during the casting stroke, creating a completely failed cast. Stripping and all associated line management tasks are also made more difficult because of this. Mono running lines take up very little room on a reel, and in some cases may allow the use of a smaller sized reel. Pros: Maximum distance and line speed. Cons: Line memory, challenging line handling characteristics.

Coated running lines are very similar in feel and appearance to regular single-handed fly lines. They are constructed with a monofilament or braided core which is then coated in a polymer material (just like a single-handed fly line). This coating is typically floating and is optimized for slickness to reduce friction as the line shoots through the guides. Some shooting lines have textured coatings which are intended to further reduce friction through the guides. Coated running lines are considered the best option for new spey casters, as their relatively thicker diameter and grippy coating make them easier to hold onto. Personally, if someone is new to spey and asks me what running line to go with, I always recommend a coated option. Another benefit of coated running lines for new spey anglers is that they feel very similar to the single handed fly lines that the angler is most likely already used to. The running line is the angler’s touch point throughout the casting stroke, so sticking with a familiar feeling running line can reduce some of the awkwardness in the early stages of the spey casting learning process. Additional benefits of coated running lines are that they have very little line memory and have overall the best “handling” characteristics. The downside of coated running lines is that they do not excel at distance and high lines speed quite as well as other options. This is primarily due to the larger diameter which creates more drag as the line travels through the rod guides. Coated running lines take up the most room on a reel, so factor this into your reel choice. Pros: Ease of handling, most beginner friendly, very little line memory, high floating. Cons: Less ease of distance and line speed compared to other running line options.

On to the sleeper pick and my personal favorite choice – braided running lines. Braided running lines are certainly the dark horse of the spey world. Sort of a cult classic, if you will. I love them because they combine many of the best attributes of both mono and coated running lines. They are fairly narrow in diameter, so they shoot great…almost as well as mono. They have a grippy texture, so they are easy to handle…almost as easy as coated lines. Notice my use of “almost”. If you were purely after distance, I would still recommend a mono line. Conversely, if you are new to spey or only after ease of line handling, I would still recommend a coated line. However, if you are looking for the best of both worlds, braided running lines fall into the sweet spot. That being said, they have some unique quarks that can be deal breakers for some folks. First, they make noise when they go through the guides, a lot of noise. Second, much like gel-spun backing, under tension, the braided material can be razor sharp and has been known to cause a few finger injuries. This, however, is a lesson that you only learn once and then develop better line handing techniques moving forwards. Next, they are bit of a hassle compared to other running lines to initially rig up. Lastly, they hold onto the most water, which makes them not the best choice in below-freezing conditions. The water retained in the line can freeze, making the line stiff and lopping extra water onto the guides contributing to much dreaded “guide ice”. Personally, I always fight through this and continue using braided running lines through the winter. Braided running lines take up a medium amount of space on a reel (less than coated, more than mono). Pros: Good distance shooting ability, good grip and handling characteristics, very little line memory. Cons: Noisy, potential finger injuries, difficult to rig up initially, questionable choice in below freezing conditions. — Reid Curry

Fortunately, running lines are not expensive if you separate them from your spey line – a mistake okay. 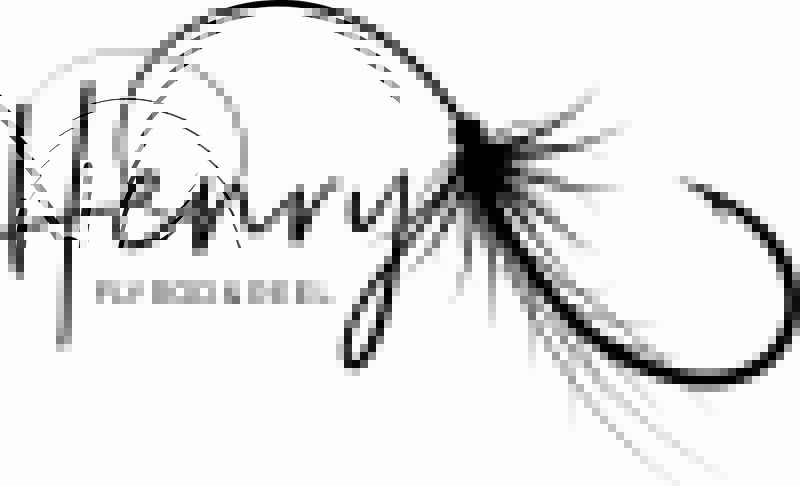