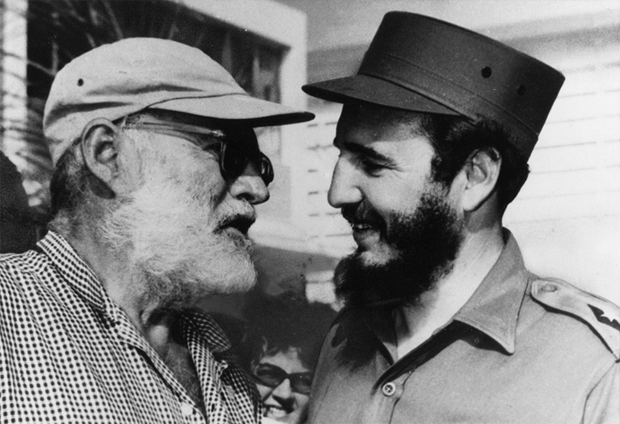 Short Story: Are you all set for the Trout?

The following story was written in 1909 by Ernest Miller Hemingway, and published by the Toronto Star. It was inspired by ‘fishing’ in upper Michigan. At the time, Hemingway was only 20 years old and had spent two horrific years serving in Europe during World War I.

Have you visions of dark holes in favorite creeks these spring days? If wishes were deeds many offices and stores would close up 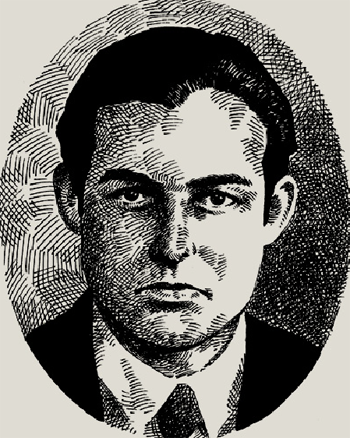 [dropcap]S[/dropcap]pring is only spring to the majority of the city dwellers.

There are no more coal bills, but the little car needs a couple of new casings. We won’t trade it in after all this year. There is an Easter hat and a spring suit for the wife and the old kelly will have to do another season.

The kids are playing marbles and jumprope in the street, and in the evening when the office toiler walks home from the car line he has a wordless feeling that things aren’t right. He feels that he wasn’t meant for this, and that somehow if things had gone differently he wouldn’t be doing just this. But that doesn’t last long, for shortly he is home.

To those that are beloved of the Red Gods, spring is more than that. It is the opening of the trout-fishing season.

If you are a common or garden variety of angler you have a vision of a deep, dark hole where the waters of the creek disappear in a black swirl under the bole of an overhanging tree. Someone is crouching out of sight on the bank and looping worms onto a hook. That is you. Then you gently swing the gob of worms out onto the water and lowering the tip of your rod let the bait sink into that swirl under the cedar. The line straightens with a jerk. You strike and swing the steel rod back over your head, then there is a struggle and the trout is flopping on the bank behind you.

For that kind of fishing you need an outfit that costs about nine dollars and a half. A good steel rod nine and a half feet long will set you back about five dollars. A half-dozen three-foot gut leaders will be a dollar. Twenty-five yards of excellent bait line can be purchased for another dollar. Any reel will do around two dollars as you don’t need to do any casting with it. A box of number four Carlisle hooks, one hundred in a box, won’t be more than a quarter.

With that outfit you are equipped for bait fishing on any type of stream that you have to “horse” the trout out of. Horsing is a technical term for that free arm motion that causes the trout to suddenly desert the stream he has been born and raised in and go for a flying trip through the air. It is the only method of landing trout in streams that are so brushy and clogged with snags that it is impossible to play them.

Worms are the bait for the early part of the season. Use plenty of them and keep your bait fresh.

Some bait fishermen will say that a leader is an affectation and tie the hook directly to the line. But a leader will mean bigger fish. A leader is invisible in the water and the old sockdologers (conclusive blow or remark) . . . Click here to read complete story

During World War I, Hemingway wanted to serve his country. He volunteered for active service in the infantry but was rejected because of eye trouble

He then enlisted in the Red Cross medical service, driving an ambulance on the Italian front. He was badly wounded in the knee yet carried a wounded man on his back a considerable distance to the aid station. After having over two hundred shell fragments removed from his legs and body, Hemingway next enlisted in the Italian infantry, served on the Austrian front until the armistice (November 11, 1919). He was decorated for bravery by the Italian government. The angler soon returned home where he was hailed as a hero.

Shortly after the war Hemingway worked as a foreign correspondent in the Near East for the Toronto Star. When he returned to Michigan he had already decided to commit himself to fiction writing. His excellent journalism and the publication in magazines of several experimental short stories had impressed the well-known author Sherwood Anderson (1876–1941), who, when Hemingway decided to return to Europe, gave him letters of introduction to Gertrude Stein (1846–1946) and Ezra Pound (1885–1972)—two American writers living in Europe. Hemingway and his bride, Hadley Richardson, journeyed to Paris, where he learned much from these two well-known authors. Despite his lack of money and poor living conditions, these were the happiest years of Hemingway’s life, as well as the most artistically productive.