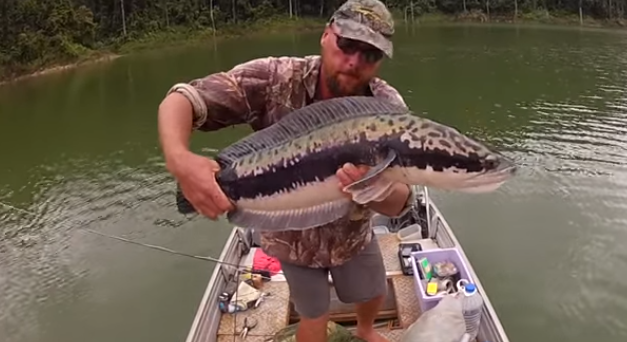 Sight-fishing for snakeheads in Malaysia

[dropcap]S[/dropcap]nakeheads are members of the freshwater perciform fish family Channidae and are native to parts of Africa and Asia. These elongated, predatory fish are distinguished by their long dorsal fins, large mouths, and shiny teeth. They breathe air with gills, which allows them to migrate short distances over land. They have even been rumored to “walk” from one pond to another. They are valuable as a tasty food source in Asia or anywhere they are found for that matter and have begun to invade many US waters in 15 different states. In 2002, Secretary of the Interior Gale Norton said,“These fish are like something from a bad horror movie,” At that time there was a proposal to outlaw the import and interstate transportation of the “voracious” live snakehead fish in the US. 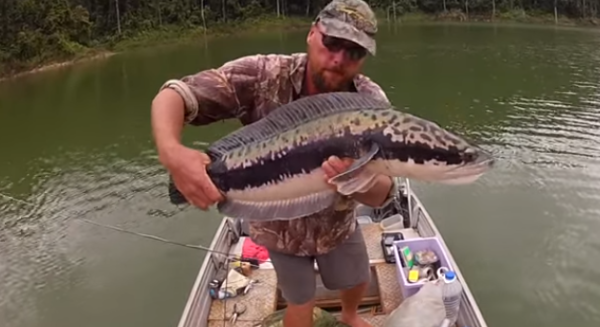 Arden with a trophy snakehead.

What is really fascinating and very cool is the fact that they are a very worthy and difficult quarry on a fly rod. Sight casting to them is a really exciting and very challenging way to go about fishing for them. They are aggressive and will attack a well placed meaty streamer, but drop that fly too close and they will spook off quickly. If your well presented fly is not eliciting strikes, switch flies until you find one that they will take when presented correctly. Froggy patterns, poppers, leeches, zonker patterns, and nymphs are all patterns that regularly take snakeheads. Wire tippets help manage their toothy nature. Eight weight rods are a good starting place when setting out in pursuit of snakeheads.

In the following video, Paul Arden displays some great technique while explaining the behavior of the fish, the flies that work for him and the casting routine he uses to stay ready for his shots when they present themselves. This video is part of Sexy Loops video library. SexyloopsTV is the front filming end of Sexyloops. They deliver “the occasional weekly fly fishing show from around the world.” Their library has a lot of really interesting and unique footage of many different species from around the globe.