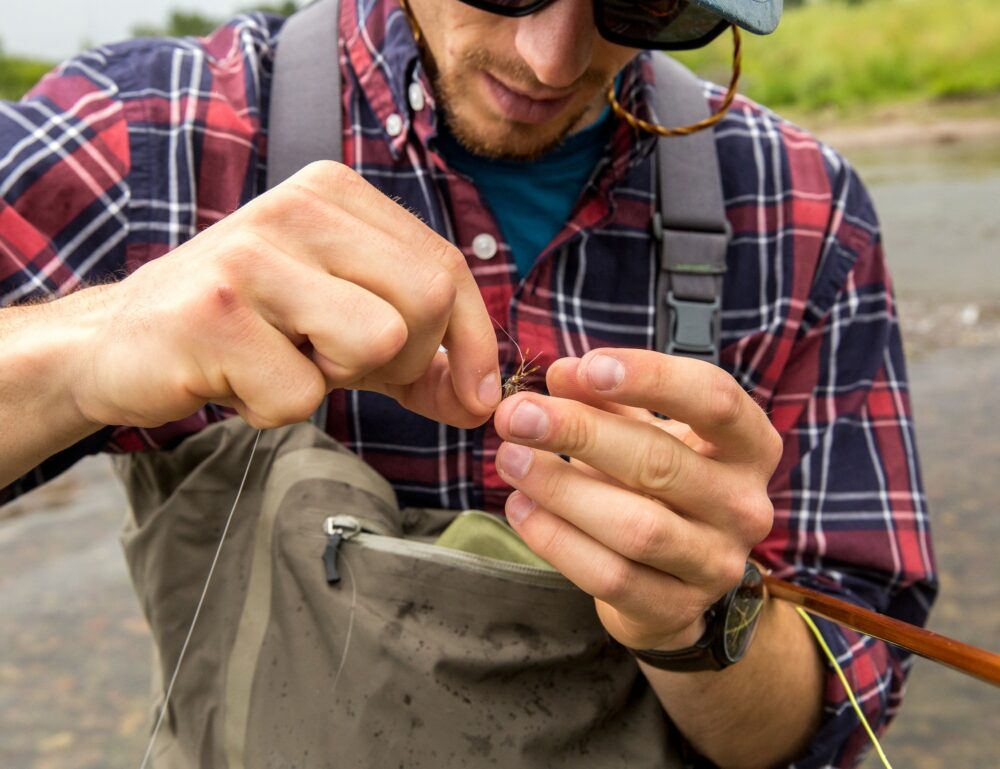 Some believe the Egg Sucking Leech Fly should be outlawed

The ‘Will Bauer’ Egg Sucking Leech Fly as it migrated north to eastern Canada and regularly fished for salmon and brook trout. The relationship to Blessing’s Bugger is undeniable.

The Egg Sucking Leech Fly is so productive that the more strident salmon/trout fly fishers have claimed foul because it is not ‘traditional.’ However, egg patterns [egg heads] have been in use catching trouts and have been around for close to 200 years.

It is challenging to validate arguments that we shouldn’t fish egg-suckers because they’re not traditional. Flies like the Dallas, Toppy, and Beauly Snow flies were finished with tufts (technically termed ruffs) of red, orange, yellow, and green mohair — essentially turning beautiful classic flies into really expensive, time-consuming egg-suckers.

Even leech flies have been tied as early as the 1700s, with The Horse Leech Fly from Brookes’ ‘Art of Angling‘ mentioned in 1740.

Around 1984, the late angler and shop owner Will Bauer popularised the iconic fly. Though built around Russell Blessing’s 1967 Wooly Bugger, the egg-sucking leech added a wrap of bright chenille giving the fly more visibility.

The flies were initially used for Atlantic salmon of eastern Canada during the snowmelt of early spring when the fish were kelts and biologically different from when they first entered the river. The ruffs were said to be tied into the fly to attract the fish’s attention; however, they just so happened to be used when the winter spawn’s eggs were washing downstream.

Yes, it took its time migrating to Canada

Stuart Foxall, well known Canadian fly-tyer, said, ‘The egg-sucking leech is one of the most productive flies on many interior steelhead rivers, but he is just as quick to admit that he won’t be caught dead fishing an egg if it doesn’t have some sort of streamer affixed to it.’

Foxall added, ‘I think a fly tied with mobile materials at the back show we are trying to attract fish by movement during the swing. And I think the movement is the main attraction here.’

Note 1: Many trips to Alaska using a single egg fished for trout, dollies, and grayling have always proved deadly and fished like basic nymphing.

NOTE 2: Google the Egg Sucking Leech Fly and you’ll witness a wide variety of ties, but the one your viewing closest to the ‘Buggere’ and therefore potent on trouts, basses, pike and other species, as well as, salmons.

NOTE 3: There are three tying episodes. Episode 1 is about Riffling Flies and worth watching.