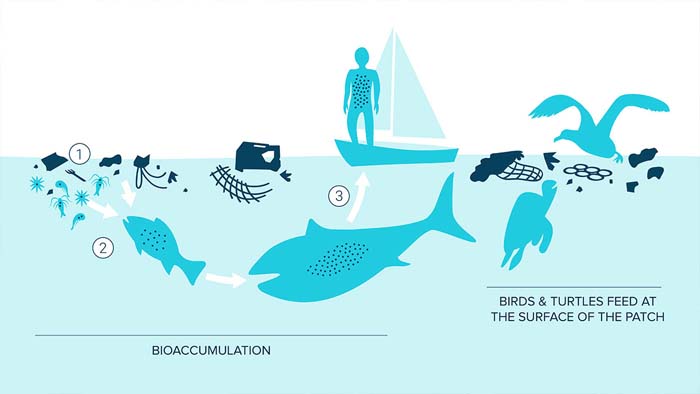 UNITHERM INTERNATIONAL  For microbes in the ocean, floating plastic is a new potential ecosystem. And those microbes include pathogens that can make people sick.

Viruses that cause vomiting and diarrhea can remain infectious in water by attaching to microplastic pollution.

Microplastics, which are defined as being less than 5mm long, are commonly found in both freshwater and seawater thanks to the widespread occurrence of plastic pollution. Eleven million metric tons of plastic waste are estimated to enter the ocean every year. Larger chunks of plastic are mechanically broken down into microplastic particles.

These microplastics then make their way into our food, tap water, bottled water, beer, and even the air we breathe. One German study even found that between 2014 and 2017, plastic byproducts were found in the blood and urine of 97 percent of children tested, Deutsche Welle reported.

Microplastics are swiftly occupied by bacteria and viruses, which have long been hypothesized to last longer and travel further than free-floating microorganisms. The latest paper is the first formal quantification of human pathogens residing on microplastics.

A new study found that vomiting and diarrhea can remain infectious in water by attaching to microplastics. These stock images close up microplastics and a rendering of a rotavirus. — Jess Thomson, Newsweek /  June 27, 2022 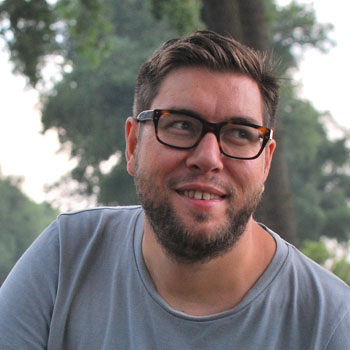 Michael Allen is a freelance science journalist and editor based in Somerset in England. Although he has a zoology degree, over the last few years he has found himself tackling stories covering a breadth of subjects, such as sonic tractor beams, composting toilets, snakebites, and suspected Russian spies. He regularly contributes to specialist publications based in the United Kingdom and elsewhere.

The plastics had only been submerged in the ocean off Falmouth, England, for a week, but in that time a thin layer of biofilm, a slimy mix of mucus and microbes, had already developed on their surfaces.

Michiel Vos, a microbiologist at the University of Exeter in England, had sunk five different types of plastic as a test. He and his colleagues wanted to know which of the myriad microbes living in the ocean would glom on to these introduced materials.

Vos and his colleagues’ chief concern was pathogenic bacteria. To understand the extent to which plastic can be colonized by potentially deadly bacteria, the scientists injected wax moth larvae with the biofilm. After a week, four percent of the larvae died. But four weeks later, after Vos and his team had let the plastics stew in the ocean for a bit longer, they repeated the test. This time, 65 percent of the wax moths died.

The scientists analyzed the biofilm: the plastics were covered in bacteria, including some known to make us sick. They found pathogenic bacteria responsible for causing urinary tract, skin, and stomach infections, pneumonia, and other illnesses. To make matters worse, these bacteria were also carrying a wide range of genes for antimicrobial resistance. “Plastics that you find in the water are rapidly colonized by bacteria, including pathogens,” says Vos. “And it doesn’t really matter what plastic it is.”

It’s not just bacteria that are hitching a ride on plastics. Biofilms on marine plastics can also harbor parasites, viruses, and toxic algae. With marine plastic pollution so ubiquitous—it’s been found everywhere from the bottom of the Mariana Trench to Arctic beaches—scientists are concerned that plastics are transporting these human pathogens around the oceans.

But whether plastics are bearing pathogen populations dense enough to actually be dangerous and whether they are carrying them to new areas are difficult questions to answer.

There are good reasons to believe that plastics are accumulating and spreading pathogens around the world. Linda Amaral-Zettler, a microbiologist at the Royal Netherlands Institute for Sea Research, who coined the term plastisphere for the novel ecosystem plastics create, says plastic is different from other hard surfaces one often finds in the ocean—such as logs, shells, and rocks—because plastic is durable, long-lived, and a lot of it floats. “That gives it mobility,” she says. 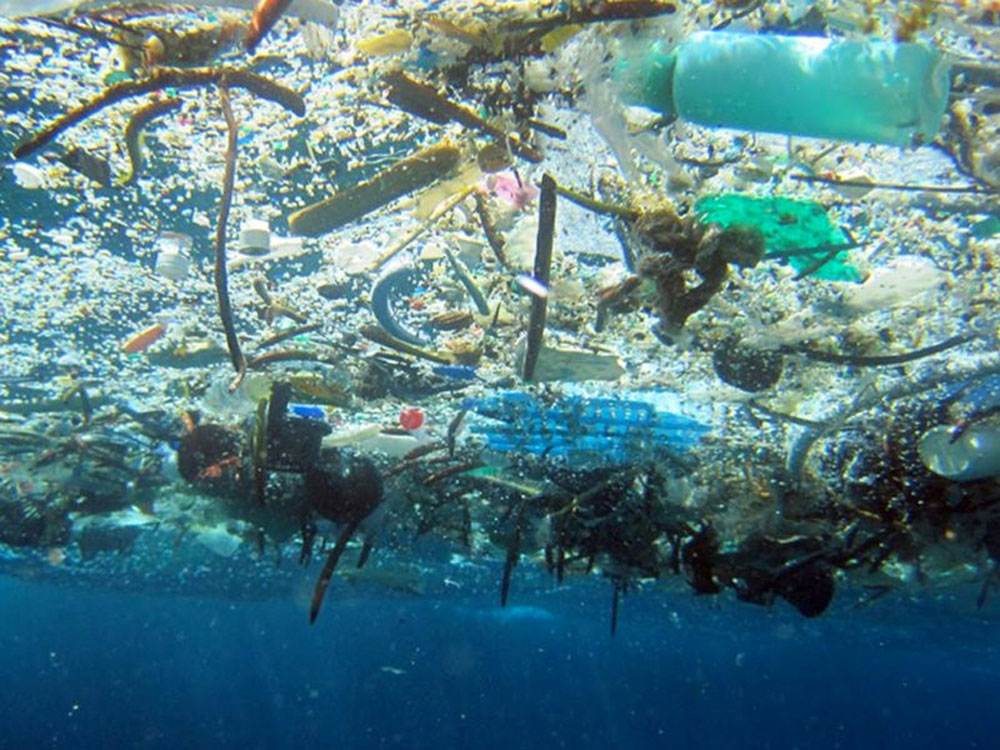 Plastics can travel long distances. After the 2011 earthquake and tsunami in Japan, for example, many identifiably Japanese objects washed up on the west coast of North America. This litter, says Amaral Zettler, has “the potential to transport anything attached to it.”

Recent laboratory work also shows that some typically terrestrial disease-causing parasites can survive in seawater and infect marine mammals. Karen Shapiro, an infectious disease expert at the University of California, Davis, showed that these protozoan parasites—specifically, Toxoplasma gondii, Cryptosporidium parvum, and Giardia enterica—can attach to microplastics in seawater. This could be altering where, when, and how these parasites accumulate in the ocean.

“If they are hitching a ride on plastics that happen to be in the same sewer outlet, or river, or overland runoff from a storm drain, then they will end up where the plastic ends up,” Shapiro explains. That could be in shellfish on the seafloor, or floating on currents in the middle of the ocean.

The next step, Shapiro explains, is to look for a similar association between parasites and plastics outside the lab

That microplastic pollution appears to be a breeding ground for pathogens raises, for Vos, a long-term concern as well—that plastics might be promoting the spread of antibiotic resistance. Bacteria can exchange genes, and since the bacteria are in close contact on the surface of tiny microplastics, the level of horizontal gene transfer between them is high, he says. Plastics can also put bacteria in close contact with pesticides and other pollutants, which also stick to biofilms. This encourages the development of antimicrobial resistance.

“We don’t know that much about it,” Vos says, “but there’s potentially interesting ways in which bacteria can experience stronger selection [for antimicrobial resistance] on plastics, but also have more opportunity to exchange genes that could confer resistance.”

Disease-causing parasites can hitch a ride on plastics and potentially spread through the sea, new research suggests

As well as posing potential risks to human health, plastic-borne pathogens could threaten marine ecosystems and food supply chains, Amaral-Zettler says. Millions of people rely on seafood as a source of protein, and there are many pathogens that infect the fish and shellfish we eat. It might be possible, Amaral-Zettler says, for microplastics to spread diseases between different aquaculture and fishing areas.

Even though we don’t fully understand the risks, these studies are yet another good argument for limiting plastic pollution, Vos says. “There can’t be anything positive about plastics with pathogens floating around.”