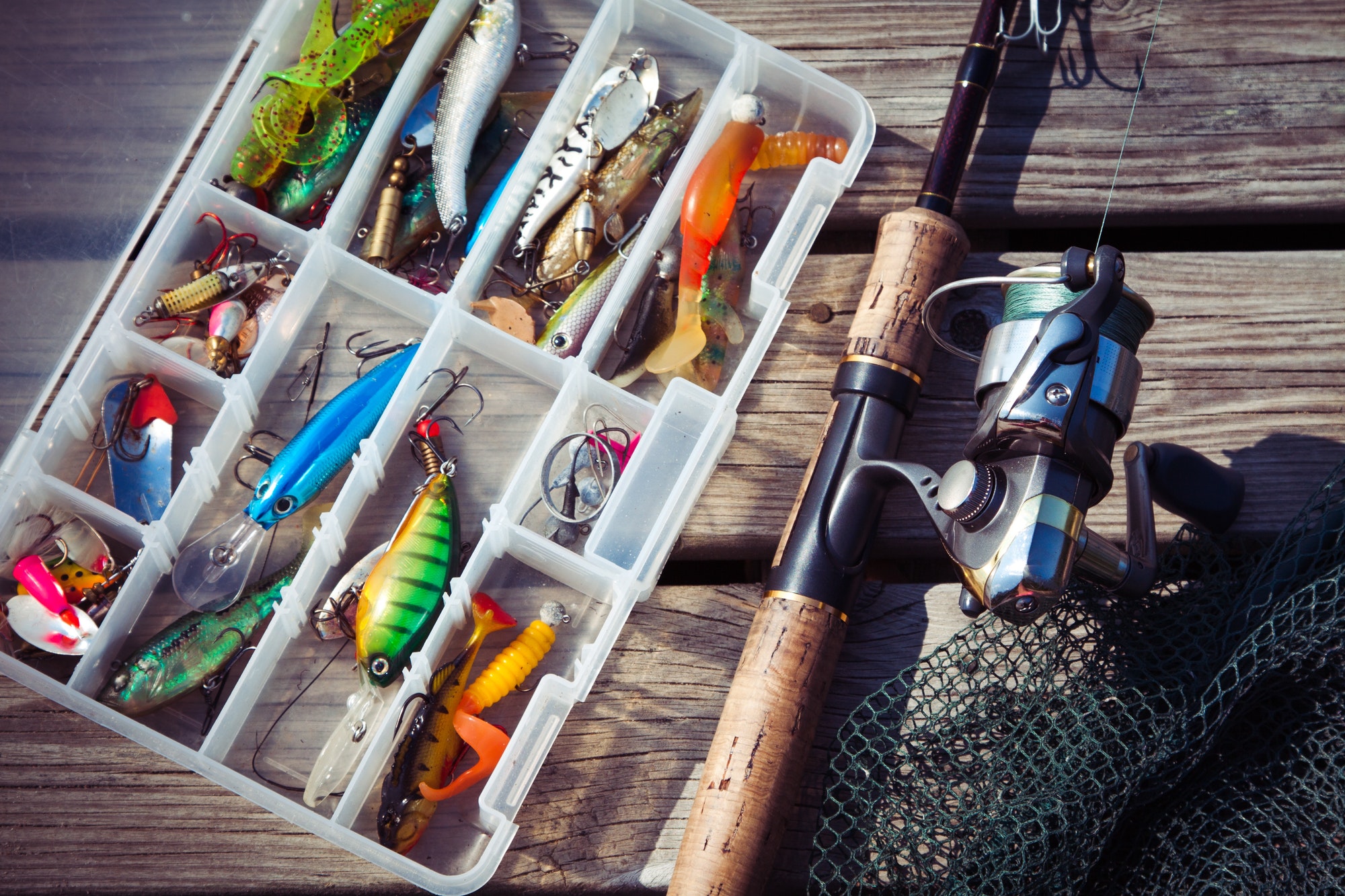 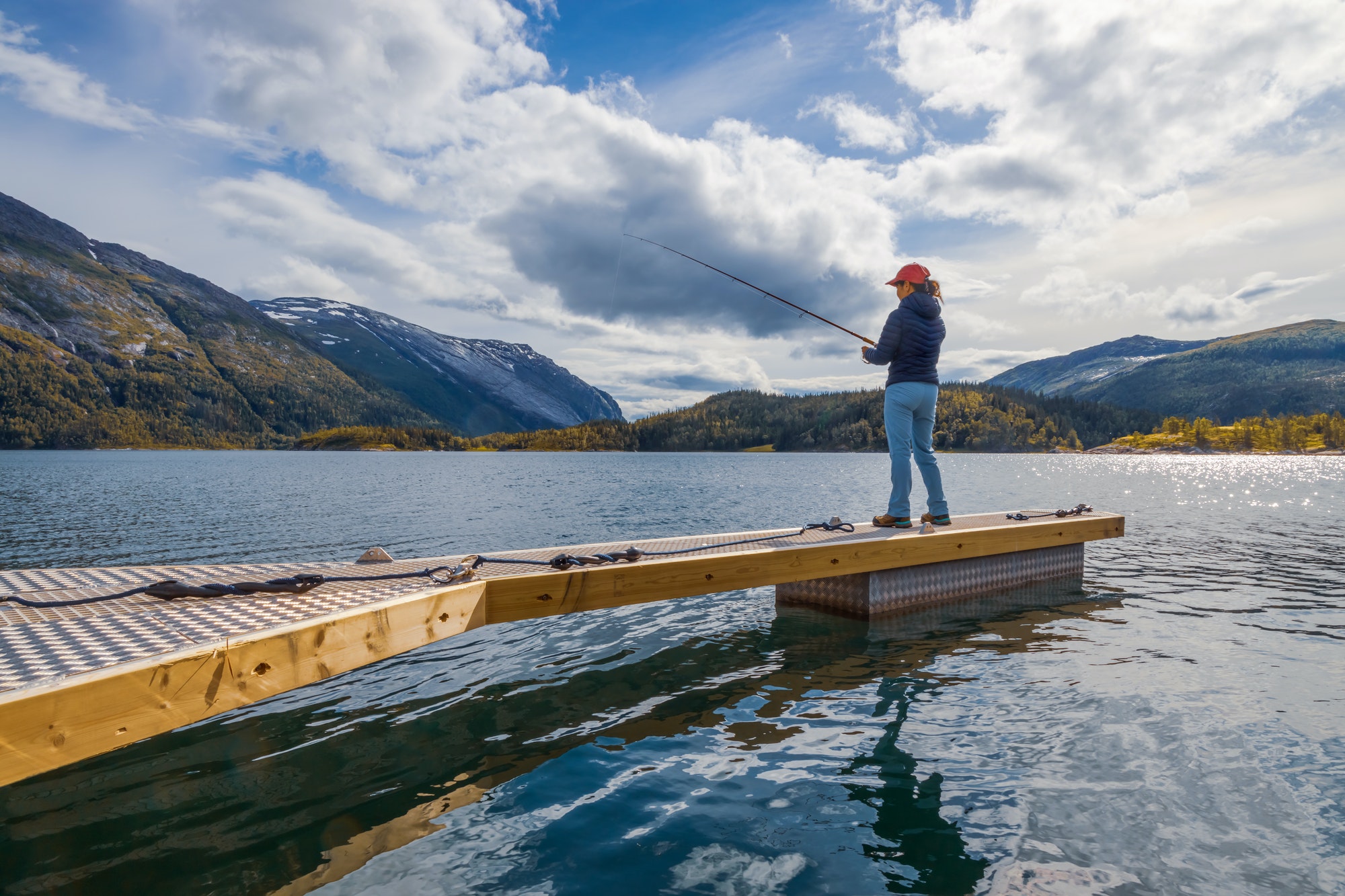 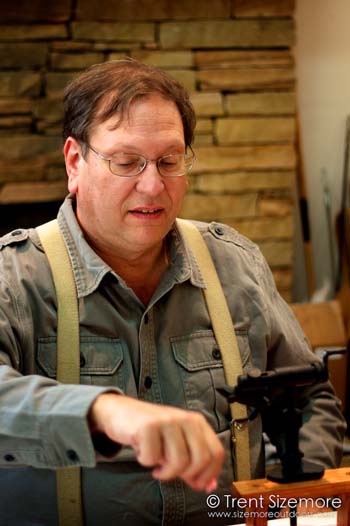 2020, with its lockdowns and all, has been an interesting year. Maybe you, like me, have not been able to do as much fishing as might have liked to do. That’s a bummer.

On the other hand, it gives you time to think about things, and one thing I was thinking about just the other day is what, exactly, it means to be a fly fisher.

But before I get too philosophical, I’ve got a confession to make. I’m not a purist. And I’m about to write a story about – well, about a spinning rod.

The story starts decades ago. I was at that point in my fly fishing career that I’d take my first steps on the path to being a purist. I had read the books. I’d pontificated about Pure Sport. I didn’t admit it to anyone, but sometimes I found myself thinking that I was on my way to rising above the other kinds of fisherfolk in the world – you know, a fly rod-only kind of guy, maybe even in tweed waders, and it felt good.

And then I went fishing with my buddy Tom

As flyfishers go, Tom was a local legend. If there was a trout stream, he had fished it. If there was a cast, he had it mastered. A chance to hit the water with him was like a chance to fish with Superman. Some folks just called him “The Guru.” He was that good.

So there I was, young and self-assured and convinced I knew the One Right Path to everything in the way that neophytes so often think they do. And I was going fishing with The Guru. I imagined of all the secrets I’d learn. Secret streams. Secret casts. Secret techniques. It was gonna be good, and I was certain I would end up a purer purist than most.

We met at a McDonalds a few miles from the creek.

“I am,” I replied. “And we’ll do it right,” I added because I couldn’t resist it. “With flyrods. I’m just glad we’re not like those spinning guys. They just don’t understand.”

There was a heartbeat of silence. Then: “ ‘Those spinning guys’?” Tom said, raising his left eyebrow a tiny fraction of an inch.

A half hour later and several miles down a bumpy Forest Service road, we parked in a turnout barely wide enough to hold the truck. Tom shut off the motor, and I heard flowing water nearby.

I donned waders and put together my fly rod. Tom was doing the same. I tied on a tiny Blue Winged Olive and turned to see what fly Tom might choose. But instead I watched as he walked back to the truck’s cab and reached behind the seat and pulled out – a spinning rod. 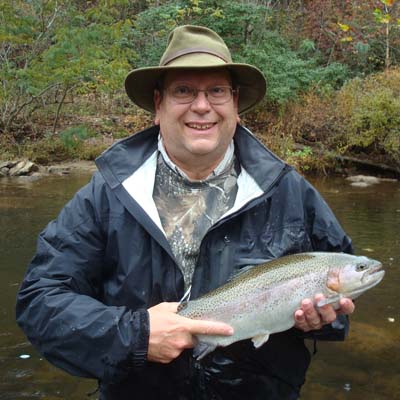 Steve Hudson on the “Hootch” with a nice rainbow. Hudson photo.

Yep. It was a little Shakespeare Ugly Stik fitted with a Mitchell 308 open-face spinning reel.

I stared for an instant.

“Whatcha going to do with that?” I asked in my most purist tone.

“I’m going to fish for trout,” he said. Then he picked up his flyrod too, hold both in his right hand and grasping his hiking stick with his left. Then he turned and headed off upstream.

“You coming?” he called over his shoulder. I followed.

We worked our way upstream, alternating pools as true purists do, and we caught trout. Tom’s casting was impeccable, his presentations precise, and rare was the pool where he didn’t at least get a rise. I caught my share, too, and I secretly smiled in acknowledgement of my growing mastery of the One

Then, by and by, we came within sight of The Pool. Sitting at the foot of a little cascade, it was about eight feet wide and of indeterminate depth. It emptied into a 30-foot-long chute that was deep and narrow and fast and 100 percent impassable. Overhead, interwoven limbs formed a solid canopy not five feet above the water, a tunnel bored through jungle, a tunnel with a creek flowing through it and impenetrable green overhead.

It’s unfishable, I muttered to myself.

Yet it was surely the home of a big trout. In this creek it would be a brown, most likely, maybe a 12- or 15-incher. I imagined it, prowling the water, waiting for my fly – and at that very moment a fish swirled in front of God and everybody, right out there in the middle of the pool.

Again I thought, “This is unfishable.”

“You take it,” Tom said, jolting me from my reverie. “It’s your turn.”

I looked at him like he had lost his mind.

“Maybe for you,” Tom said. “But not for me.” And without missing a beat he set down his fly rod and unlimbered that little Shakespeare, flicking back the bail on the reel. Then with an imperceptible flick he sent a tiny Roostertail or Mepps Spinner or – well, I don’t recall exactly what it was, but I will never forget how it shot like a tiny bullet right up the length of the chute, right through that tunnel with its greenery roof and watery floor, and how it landed six inches from the base of the cascade.

Tom twitched the lure. Water swirled. The rod bent. And a few moments later, a beautiful wild brown was resting in the net. Tom admired it. We both did. And then he let it go. 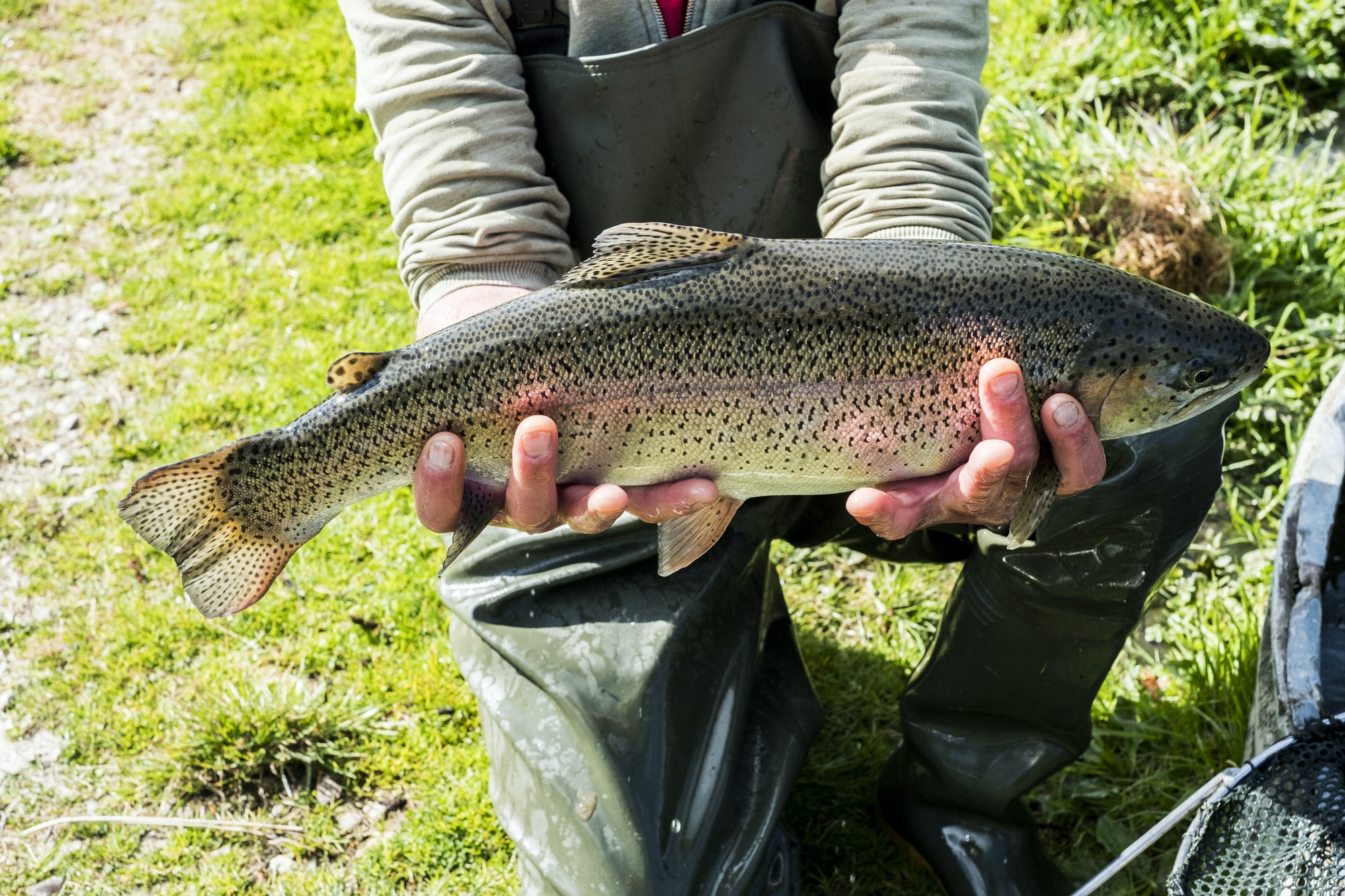 And that is when, to my undying shame, I said something really stupid.

“Mmm,” Tom said. Then he looked directly at me. “But it is nice, and I caught it. On the spinning rod.

There might be a lesson there if one is inclined to consider it.

And that, I suppose, is why am I writing about a spinning rod here in a fly fishing magazine: Because what Tom was really trying to tell me all those years ago was that fish are fish and fishing is the thing and that even though we all prefer the long rod when we can use it, catching fish is by most measures better than not catching fish, no matter how much I might like to let you think I believe otherwise.

So what did I do with that bit of wisdom?

I went out the very next day and bought me a spinning rod.

On more than one occasion, even when fly fishing, my spinning rod let me fish water that was simply unfishable any other way. Maybe I’d be easing along a stream, working the fly rod, but then the streamscape would change and I’d find myself in a place where a fly cast just wasn’t gonna happen. But the spinning rod saved the day. 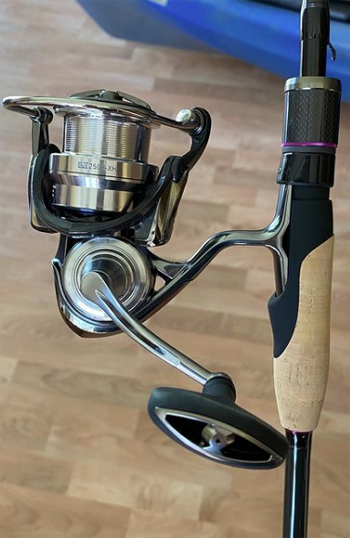 Arundel Tackle –
The WILD SIDE WSS64ML sure looks good with the Daiwa Exist reel.

My preferred spinning rod for this kind of thing is a multi-piece daypack-friendly model of some sort. I’ve enjoyed several such spinning rods over the years, among them a long-forgotten glass rod that was lost for years but re-appeared not long ago when my wife and I downsized. You never know what you’ll find when you move.

These days, my favorite is a 6 ft. 3 in. five-piece rod from Japanese rod manufacturer Legit Design and distributed in the U.S. by Arundel Tackle. It’s one of several models in the company’s “Wild Side” travel rod series, and it breaks down to about 17 inches –  just right for stashing in the daypack.

That’s opened up many waters that I otherwise would not have been able to enjoy. It’s given me more time with a rod in my hand, and that’s good.

More time with any sort of rod in hand enriches life, don’t you think? Even fly life. We all need more of that these days.

And that’s why I’m writing about a spinning rod