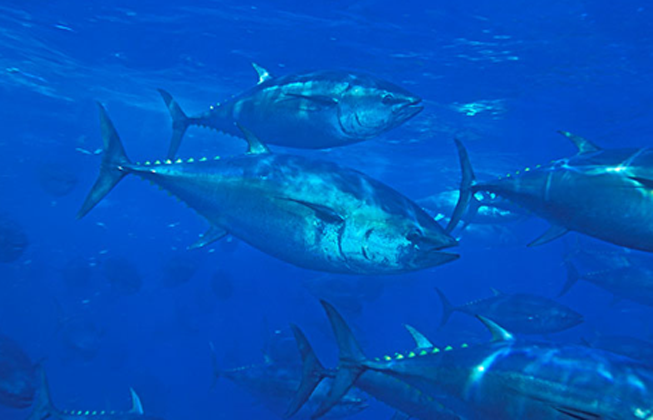 [dropcap]O[/dropcap]ne of the ocean’s fastest and largest predators is in trouble. Decades of overfishing have left the population of Pacific bluefin tuna at just 4 percent of its historic levels. Countries in the western Pacific have pledged to take action by cutting catches of this important species. Now the Pacific Fishery Management Council also has the opportunity to take meaningful action to help promote the recovery of Pacific bluefin. In September, the Council, which advises NOAA on fisheries management along the West Coast, voted preliminarily to recommend that the daily recreational catch limit be reduced from 10 fish per day to two, and will soon adopt a final recommendation. While the Council should be commended for recognizing the need to take action, this cut is not enough. According to scientists, only a reduction to one fish per day will allow the population to grow, while still giving recreational anglers the thrill of catching this awesome fish and preserving that opportunity for future generations.

The council meets again on November 14th. Now is the time to tell them that you support a daily catch limit of one fish per angler to help the Pacific bluefin tuna population recover.

This action will be a major step toward allowing bluefin populations to recover and ensure that anglers can continue pursuing this remarkable fish for many years to come.