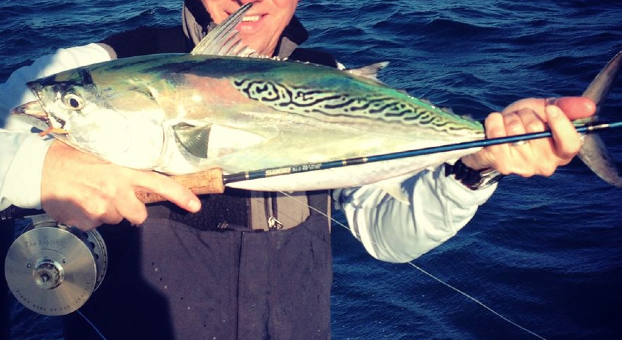 Take Action: Your voice can help save false albacore & bonito

YOU CAN HELP SAVE FALSE ALBACORE AND BONITO
Send in an email today or tomorrow at the latest.

The Council initiated the Unmanaged Forage Omnibus Amendment in December 2014 to “prohibit the development of new, or expansion of existing, directed fisheries on unmanaged forage species until adequate scientific information is available to promote ecosystem sustainability.”

Forage species are small fish and invertebrates that feed on smaller marine organisms such as plankton and are in turn eaten by many species of fish, sea birds, and marine mammals. Forage species play an important role in sustaining the productivity and structure of marine ecosystems by facilitating the transfer of energy from the lowest levels of the food chain to higher levels. The Council initiated this amendment to protect the important ecological role that forage species play in the Mid-Atlantic.

For more details and background on this action, please see the Unmanaged Forage Scoping Document.

The Council conducted scoping hearings and collected written comments on this action in September 2015 between September 15 and October 2, 2015. After reviewing a summary of scoping comments at the October 2015 meeting, the Council voted to initiate an omnibus amendment to add unmanaged forage species as Ecosystem Component (EC) species to the relevant Fishery Management Plans (FMPs) for Council-managed stocks. The Council has not yet determined which forage species will be addressed through this action or which FMPs will be affected.

The Council discussed a draft list of forage species to include in the amendment, as well as a draft purpose and need statement at their December 2015 meeting. The Council will continue discussion of these topics at their February 2016 meeting.