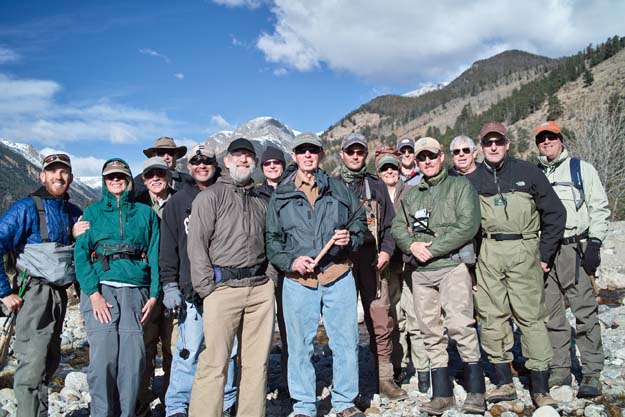 Tenkara: How to be good at fly fishing – right now

Tenkara, give it a try – you’re going to like what you catch 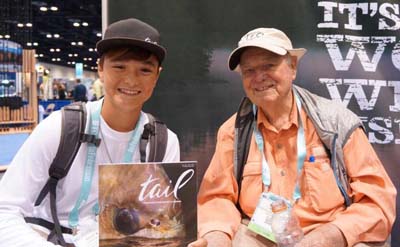 Lefty Kreh said in an interview with Hatch Magazine: “In trout fishing, if the water is moving and you can keep the fly moving at the same speed as the current, you catch trout. Tenkara is absolutely the finest way to trout fish in something like that.”

Daniel Galhardo said in a MidCurrent interview several years ago: “Tenkara rods are designed to effectively cast super-light lines. In fact, the lighter the line one can cast the better, so that the line can then be kept entirely off the water even at considerable distances. For example, with a 13-ft long rod I can cast a 30-ft line and 4-feet of tippet; this will give me a reach of approximately 45-feet. The entire line can stay stretched out, off the water, with only tippet and fly in the water. The ability to cast such a light line is one of the main functional differences between the rods.”

[dropcap]T[/dropcap]enkara is a Japanese form of “fly fishing.” It predates most chronicling of that activity elsewhere in the world. It was invented by a peasant class of anglers that figured out the ‘best possible way’ to catch small mountain stream fish on a rod, line and fly, and earn a living by selling the day’s catch to local elites. Today, tenkara is still practiced as it was centuries ago.

Nothing was ever ‘formally’ written down about materials, assemblies or techniques regarding tenkara because peasants were not educated nor able to write. The development of tenkara’s historic journey to today’s near perfection has been a remarkable transfer of information via verbal communication – taken place over the course of centuries. Tenkara is a perfect example of the value of traditions. Japanese peasants, generation after generation, succeeded in making a living catching fish the tenkara way.

Most agree that we probably know and understand just what tenkara’s secret methods, techniques, and traditions are and have been preserved for us through the centuries.

The father of modern tenkara in the U. S. is unquestionably Daniel Galhardo

Galhardo owns Tenkara USA, the company that launched Japan’s tenkara in the U.S. just eight or so years ago. He was enabled by having a generous mix of intellectual curiosity and a passion for fly fishing, a Japanese-American wife fluent in her ancestral language, and being imbued with entrepreneurial instincts that few possess. As an example of the latter, he quit a high paying bank job at the peak of The Great Recession to launch his company which is now successful and the only brick and mortar company with employees in the ENTIRE tenkara rod, line and fly field.

Galhardo’s marketing genius has enthused legions of followers here, Canada, Europe, Argentina, Chile and beyond. He has spawned hundreds of jobs and launched what could become an industry within the fly fishing industry. However, of Gelhardo’s ‘followers’ with an entrepreneurial spirit, most have not made the leap from an online resource to saying goodbye to their day job and going “full time.” A few, I’m told, have a toe in that water.

Here is an odd take, mine, on why there remains a resistance to embracing tenkara. Strangely enough it might be the absence of a reel? 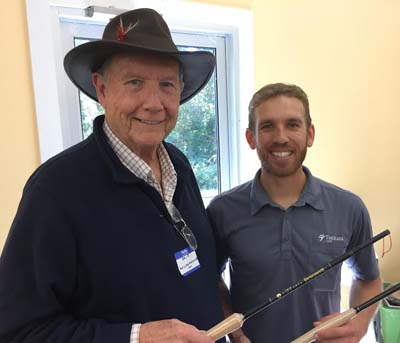 Over the course of the Cherokee, NC Tenkara Jam weekend, I got to spend time with Galharddo. He is genuinely passionate about fly fishing tenkara. Clement photo.

Why tenkara is not wholeheartedly embraced is quite confounding. Other new forms of fly fishing have met with immediate acceptance, like Czech Nymphing.

Additionally, tenkara was unknown to any big box store ‘fishing’ departments I spoke to.

Of course, there is the ignorance factor as well – dapping and no casting. Why the latter remains in play is simply not having the ad dollars to correct misconceptions. Consistent fly show attendance by Tenkara vendors would quell the misanthropes.

Some big names are all in

When asked if tenkara could bring more newcomers into the sport of fly fishing Lefty Kreh said: “I think eventually a lot of people that get into tenkara are going to find there is more to it than catching fish and decide ‘I’m going to become a fly fisherman’.”

There is an opportunity here for backpackers, people in kayaks, people in canoes – there is opportunities for all types of people.”

Not only has Lefty commented favorably about tenkara but other noteworthy celebs of our fly fishing world have as well. Namely: author John Gierach: “I’d sometimes giggle out loud at the long reach I had and the beautiful drifts I was getting in normally difficult pocket water.”  And author and tyer Ed Engle said: “I can see a day when I hike into my favorite small stream with just my tenkara rod and a few flies. It’s a fishing style designed to have as little between the angler, nature and the trout as possible. And, that’s what I’m after.”

Others, like Craig Mathews and Dave Hughes are also tenkara fans –  along with Yvon Chouinard of Patagonia. Patagonia now has its own line of Tenkara.

Tenkara  easily translates into the ‘gateway drug’ to fly fishing

We need new folks in our fly fishing tent, and tenkara has every base covered to attract them. Canoeists and kayakers now have opportunities to fly fish that they never had before just for the convenience of easy carry. Hikers, campers, cyclist and off-roaders now carry tenkara for the same reason.

Their voices added to ours about outdoor environmental matters will keep the heritage of our public lands public – not private, over development at bay,  extraction of all kinds responsible, and the pollution of pristine fresh and saltwater resources verboten.

Who then, in the trenches, has figured out what the “ignition” fuel is? How do you introduce tenkara to the public – bring newbies into the tent on a day after day basis? 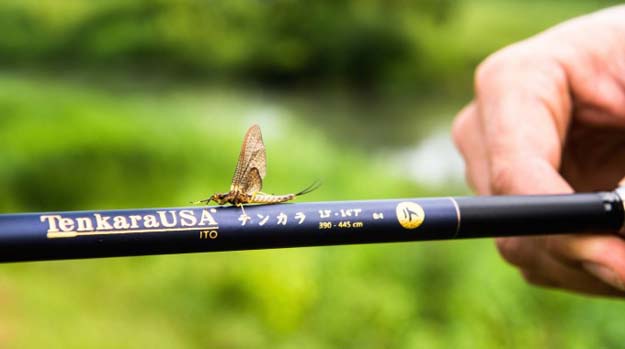 Think Mossy Creek Fly Fishing in Harrisonburg, Virginia. They clearly have a handle on marketing tenkara to the public, introducing it to newbies and having  positive experiences with it. Positive, FYI, means profitable – in any business. Mossy Creek is the largest tenkara retailer in the country, and paradoxically they are on the “Eastern Seaboard.” Mossy Creek’s Tom Sadler spoke about tenkara angling to a packed house at the “Jam.”

Point of view: The tenkara devotees with commercial aspirations need to learn how it works and how to work it like Mossy Creek Fly Fishing shop does. Remaning incestuously “huddled” won’t advance one of the best opportunities to sell fly fishing to the public that has come along since the serendipitous arrival of the movie “A River Runs Through It.”

Here is the list of vendors who attended Jason Sparks’ Tenkara Jam – October, 2016 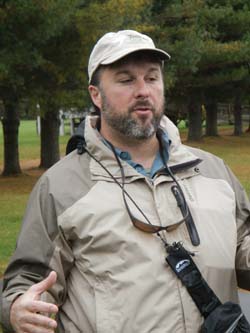 Who is Jason Sparks? Sparks is a “Doer.” He is the kind of person you know too busy to ask for something, but you call him anyway because you know he’ll get it done.

Sparks has organized and put together back, to back, to back bigger and better Tenkara Jams for the faithful (2014, 2015, 2016). He has also become the default Voice of Tenkara in the U. S.

To a standing ovation, Sparks was recognized for his exceptional talents at this year’s Jam by Daniel Gelhardo of Tenkara USA.