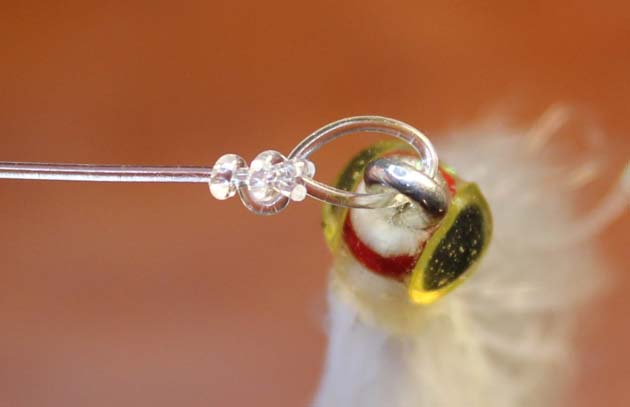 [dropcap]S[/dropcap]eeing that squiggly tippet end that used to be attached to the hook is a blow to the ego. Recognizing the telltale unraveling can haunt for years – it’s the one that got away.

If you fish home waters often, you’ve probably been tying one particular terminal knot for years – no matter you’ve discovered its low rank in break strength tests. Why? Because you can tie it in seconds, and it does not fail – and if it did, you admitted it was your sloppy tie because you saw the kinky swirls – it unraveled. Do you need to know a bunch of “terminal” knots to fish both saltwater and freshwater… sailfish and mountain brook trout?

Well, not a “bunch” but more than two.

Some anglers only use two knots, but of course that does not usually include fishing offshore big game. To find an easier, softer way try adopting a knot; get with a guide through your fly shop, or see a friendly charter captain at the city docks and ask what they use. You might, and probably will get differences of opinion.

Nobody is lying to you

The most elusive reality with fishing knots is testing break strength. Do not believe what you hear or read; there are just too many variables to plug in to get “the” correct reading – impossible. On the same Google search, you could find break strength for a Clinch Knot to be 57% or 92% of the original line pound-test rating.

Think, for example, who tied the knot, what was the material, was the knot tied properly, what machine was used, were the number of turns correct for the pound test used, how many times was the experiment repeated, what hook was used, was the mono soft or hard, and so on?

Knowing what makes a particular knot the “best” terminal connection is easy if you’re a professional guide or offshore charter captain. Why? If you tie a knot a dozen or more times a day, 150 days a year day for ten years and it always holds – it’s easy to tie and a knot to consider adopting as your own.

There is a remedy for the cut end or nub on the tag end of knots. In its usual state, it catches debris and adds to the chance of refusal. Too, how long a nub is perfect? The resolution is simple. Just cut the nub end of the tag at a 45-degree angle. – Norman Duncan

In situations where tippets are large and where freedom of motion is desired, the Non-Slip Mono Loop is a preferred knot for saltwater fly fishing and freshwater fishing with streamers or large nymphs – Steve Hudson

A nicked line loses strength. Check your line often and change it out immediately if damaged – Captain Andrew Derr Learn not to be helplessly hopeless. In a new venue with different dragons to slay, and no guide to help, the leader builds end up being “on you.”

If you cross datelines and borders to fish, your guide/captain may be too shy to intervene with guide-like duties because of his country’s class system and his status in it. Your guide may not be fly fishing knowledgeable – simply a boat “driver” or a land-guide making sure you don’t get lost and keeping you out of harm’s while he finds pescados.

You need to be a perfectionist each time you tie any fishing knot. There’s nothing funny about a terminal knot coming undone.

When tying a terminal knot, you need to avoid wrap-overs and “seating” issues – both are critical, but you don’t have to have the adeptness of a Tiffany jeweler to tie perfect knots.

Complicated knots can be fools gold

It is imperative to have knots that you can tie correctly in field conditions.

Rough water, a balancing act on the skiff casting deck, wind blowing 20, and a terminal knot assignment requires experience. A knot that needs a third hand or too many maneuvers to tie is something to avoid – always.

The knots you want to know all about are those that can endure the reality of your skills and experience and support the task you will be putting it up to – “hold” when challenged.

There are two categories of terminal knots:

Snug up tight to the eye of the hook, and the other is a loop knot that allows the fly free swimming, natural swim performance. Choosing which knot within those two categories is not a Stephen Hawking quadratic equation.

Some popular knots have fundamental drawbacks that can routinely cause refusal – beware.

For example, and again, the Clinch Knot or Improved Clinch Knot can allow the mono or fluoro tippet to slip off-center of the hook eye and create an unnatural swim or float. There are dozens of other knots that can be seated off-kilter against the eye of the hook and cause the fly a bad swim and if not observed the result could be a perpetual refusal.

A PERFECT and permanent solution to those issues mentioned above would be a Turle Knot.

The best video link about tying the knot is from RIO Products’ Simon Gawesworth. The other, NetKnots link about the Turle is confusing, but only the Turle.

The Turle doesn’t require much of learning curve. It does have one drawback. It needs an up-turned eye hook because the tippet passes through the hook eye. The benefit of an upturned hook eye is that the fly swims “naturally” and allows you to decide if the hook should point down or vice versa.

The Turle is also consensus rated stronger than either of the “clinches.” The Turle Knot lets the fly swim better than any “snug to the eye” knots, and it can be used on thin and thicker diameter lines. The Turle is a standard for many Europeans – for a good reason. The Turle Knot is named after Major William Greer Turle (1839 – 1909). The knot threads the tippet through the eye of the hook to the fly – allowing the hook to ride in an up or down position. The fly never swims or floats off kilter because the knot never snugs down on the eye of the hook. Image Commons archives.

Many of the knots that seat up tight against the eye of the hook are not good choices when higher pound test tippets are used because it becomes challenging to seat them and slippage gains in probability… as the line diameter increases. In some instances that can be remedied with fewer turns. The Clinch Knot happens to be one of them.

The following is a “short” list of terminal knots that seat up tight against the eye of the hook. You can find more listed here . . . To search for knots not by the link provided, Google by name or search YouTube.

Snug up tight to the eye of the hook knots

1 – Turle Knot – as mentioned above, it is in-between being snug to the hook eye knot and a loop knot – letting the fly swim naturally. It’s an excellent all-purpose knot.

3. Both clinch knots – easy to tie. Small diameter lines only. With very thin diameter tippets, doubling the line has advantages. On thicker diameter lines use fewer turns – try three or four turns when seating shows to be an issue.

4. San Diego Jamb – it’s a commercial tuna fisherman’s knot and a reverse clinch, but much stronger and can be used “any” diameter line. It is bulky, but close to 100% knot.

7. Duncan Knot (often misnamed uni-knot) – easy to tie but only about a 50% strength knot. Line diameter, not an issue. It’s been a favorite for decades. It was invented by the legendary Norman Duncan of Miami/Florida Keys fame. The percent of strength as measured against the line it’s tied on is easily dismissed from concern by its proponents – just use a stronger line to start with.

Loop knots and the power of letting the fly swim naturally

Terminal loop knots can solve a world of problems. They all tend to be stronger than most of the snug to the eye knots. Allow jigging or any swimming motion wanted – fly movements using a fixed-connection counterpart can not. They sink faster and do it in a nose-down profile – not straggling behind like a fixed-connection. The referenced loop knots are both easy to tie.

The only negative falls on the tyer’s shoulders – leaving too “big” a loop. Too big a loop collects scum, can get the hook tangled/fouled, and creates its own, separate water disturbance as well as debris collector.

There are not that many loop knots that apply to fly fishing – compared to the countless that tie up tight to the hook eye knots. The following are those terminal loop knots that our staff and contributors claim are ready for active duty.

Here’s a “short” list of terminal loop knots. You can find some of them listed here . . . https://www.netknots.com/. To search for knots not listed, Google by name or search YouTube.

1. Non-Slip Loop Knot – universally accepted as the go-to terminal loop knot. Why? It’s easy, really easy to tie and is not just for streamers, bait imitations, and shrimps, but an excellent knot for aiding movements of flies like crabs, weighted bead flies, weighted conehead flies, and even nymphs down where they can do some damage.

The Non-Slip Loop Knot is particularly strong – some proclaiming equivalency to the line strength itself, meaning 100%. However, always take test results with a grain of salt, no matter the claimant. The non-slip is the go-to loop knot in most camps.

2. Homer Rhode Loop Knot – it is straightforward to tie. It can be tied with heavy leader material, and it allows a loop of any size to be left in the line. It’s not as strong as the Non-Slip – only 75%, but that is overcome by just using a stronger test line to start. There are several knot tying tools on the market. To carry them all around on your person or even onboard in a boat-bag would not enhance speedy, more secure tying. Some tools end up being a requirement for a third hand, which is okay at home, but in real-time a negative. However, Tie-Fast Tool is not a negative on the battlefield. It allows for tying its terminal knot in a hurry.

The Tie-Fast Tool Knot, a version of the nail knot that has an inherent “holding” attribute, is not “break strength tested,” but experience (so far) is that it’s reliable at strained tension. Another benefit is that tag nub is not needed – follow this link to learn more . . .