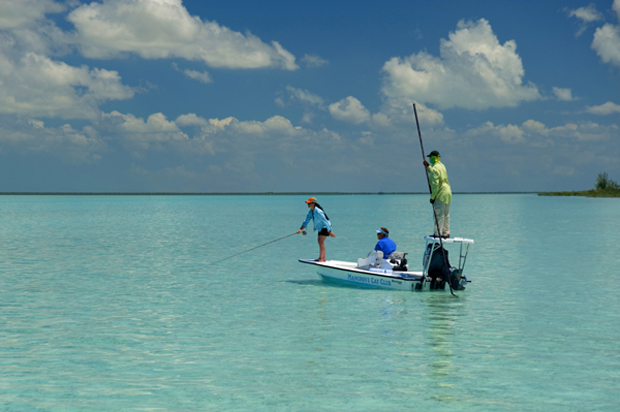 The Bahamas: Oh where, oh where are the Bahamas going?

[dropcap]I[/dropcap]n Nassau, Bahamas there is reported to be a cabinet level meeting regarding the “flats regs” this week. Lodge owners, both Bahamian owned and foreign owned, have almost universally opposed the Draconian “flats regs” in some or all of its proposed anti-foreigner forms. The guides are split on the proposed law, either in part or wholly.

Our source says that guideless “mother-ships” are going to be a thing of the past. The second home folks are probably not going to be effected; keeping their boats and fishing all they want.

Hold it right there!

It was Smith and Leadon who proposed the offensive on foreign DIY fishers and lodge owners, and spoiled for a chance to be dictatorial fishing licensing czars and managers of those outrageous fees without any suggestion that some of the fee go to conservation – a naked scam if ever there was one.

Some good has already come out of the “flats regs” follies

What has become apparent is that foreign commercial netting goes unchecked and it’s far more damaging to the future of the Bahamas fishery than a couple from Oregon fishing for a DIY day on the flats. A perspective on things fishing in the Bahamas needs to be addressed.

Most agree that a license, as is the case in the rest of the world, should be applicable to all visitors fishing in the Bahamas’ flats or offshore. No one has a problem with that – if reasonably structured. And that a portion go to legitimate conservation efforts.

Our Bahamian source says something is not right

The Hon. V. Gray, Minister Marine Resources suggests coming to a sensible conclusion, but hasn’t yet made anything clear – keeping foreign and Bahamian lodge owners, outdoor travel agencies and tourism companies more than slightly on on edge. As a matter of fact, Gray’s lack of outspokenness on the matter has already cost lodge stay cancellations, DIY fly fishers cancellations and even tour companies with packaged fishing arrangements witnessing cancellations.

Will the Bahamas become, once again, an unfriendly place? Some may not recall, but they became so decades ago, and it cost them dearly. History has a way of repeating itself; unfortunately.