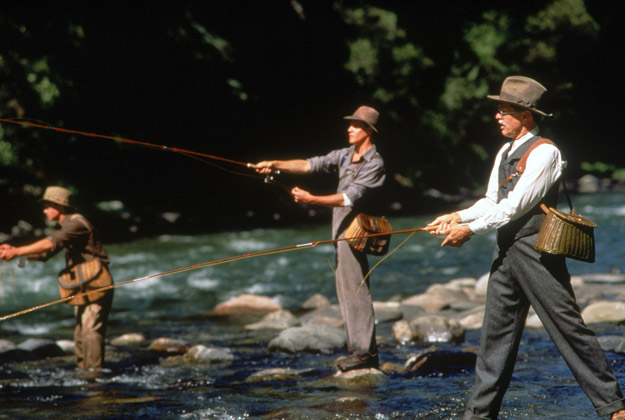 [dropcap]A[/dropcap] new friend from Northern California, Betsy Wagner, told me about an English professor, Zach Urness. She said, “He has an itch to write, has a blog and covers all things out of doors. Zach writes for the newspaper Grants Pass Daily Courier, Grants Pass, Oregon – about 30 miles ENE from Medford, Oregon.”

It turns out that Zach is also an author Hiking Southern Oregon, and has been an outdoors writer, photographer and videographer in Oregon for eight years.

Betsy added, “Most will agree Zach’s reader choices for the subject are excellent calls. Some would have replaced one or two with other choices, but the snippets are worth the few special minutes of remembering each tome.”

[dropcap]T[/dropcap]he greatest fishing stories ever written are not principally about fishing, but rather use the sport to allude to deeper topics. Here are my favorite picks, including novels and short stories.

About one year ago, I was fishing for steelhead on the Rogue River with Josh White of the Rogue Fly Shop when our conversation turned to the classic story and movie, “A River Runs Through It.”

“What most people don’t realize,” the fishing guide said, “is that (the story) isn’t about fly-fishing. It’s about the relationship between brothers.”

At that moment White betrayed the secret of all great fishing stories — those tales are not principally about fishing.

The story might have bamboo cane poles, yellow stone flies and soot-covered grasshoppers for bait, but the fishing is merely a vehicle for the stories’ underlying point.

I love a good fishing story … even when it doesn’t have much to do with fishing. Here are my five favorites in reverse order. In one of the most celebrated novels of the past 50 years, this fishing story stands out among the pages of a book set almost entirely during the Vietnam War.

The story is told by a 21-year-old college graduate who’s been drafted to fight in Vietnam. The decision of whether to go to war or flee to Canada gnaws at the narrator throughout the story. Finally, he frantically drives north to International Falls, Minn., and stays with an old man named Elroy Berdahl at Tip Top Lodge.

The climax of the story comes when Elroy takes the narrator fishing on the Rainy River — the border that separates Minnesota from Canada — and forces him to decide.

Quote: “And right then I submitted. I would go to war. I would kill and maybe die because I was embarrassed not to. And so I sat in the bow of the boat and cried. Elroy Berdahl remained quiet. He kept fishing. He worked his line with the tips of his fingers, patiently, squinting out at his red and white bobber on the Rainy River. … He was a witness, like God, or like the gods, who look on in absolute silence as we live our lives, as we make our choices or fail to make them.”

Of the five pieces I’ve picked, this Oregon-based story (with a chapter set on the Rogue River) is the only full-length novel.

It’s a coming-of-age story about a fishing savant named Gus who grows up in a lunatic family. His father is a fly-fishing elitist while his mother is a down-home advocate of bait-fishing who uses a double-barreled shotgun to terrify anyone that crosses her.

Gus eventually moves to the coast obsessing upon all things fishing until he meets Eddy, a beautiful girl who enjoys angling from the tops of trees. The book is hilarious, poignant and philosophical by turns. More than anything else, it’s simply a good read.

Quote: “And anyone who thinks I brag in stating that I understand fish-thought is obviously ignorant of the way in which fish think. Believe me, it’s nothing to brag about.”

Coming up with a favorite essay from the collection of Gierach, one of the greatest outdoors writers of all-time, is difficult. Gierach’s plain-spoken prose always is entertaining and features the best wit this side of Mark Twain.

The story “Headwaters” is simple. It’s about a lone fisherman who hikes along a river up into the mountains. The story has a quiet, ironic humor mixed with masterful descriptions of fly-fishing. The story’s power comes from the emotional balance between being happy about fishing in the wilderness, and sad about being alone.

Quote: “You’ve gone out alone before because you were sad or happy, or neither or both — for any reason at all, the way some people drink. The lake is black now, and for a long moment you can’t remember why you’re here this time.”

Most people are familiar with this story thanks to Robert Redford’s fantastic movie, but the tale of Norman Maclean and his brother Paul is even better in the original novella.

The richness of the characters is fleshed out in the book. Maclean’s eloquence on the art of fly-fishing is more enjoyable in print as are his descriptions of the rivers the brothers fish. The story also is incredibly funny … something the movie largely misses.

More than anything else, though, the details of the book allow the reader to feel the frustration Norman feels at being unable to help his troubled brother.

Quote: “It is those we live with and love and should know who elude us.” Ernest Hemingway’s In Our Time (1924)  “Big Two-Hearted River.”  The greatest fishing story of all-time follows Nick Adams as he hikes from the burned-over country of Northern Michigan. For this review . . .

NOTE: Featured Image from the movie A River Runs Through It.