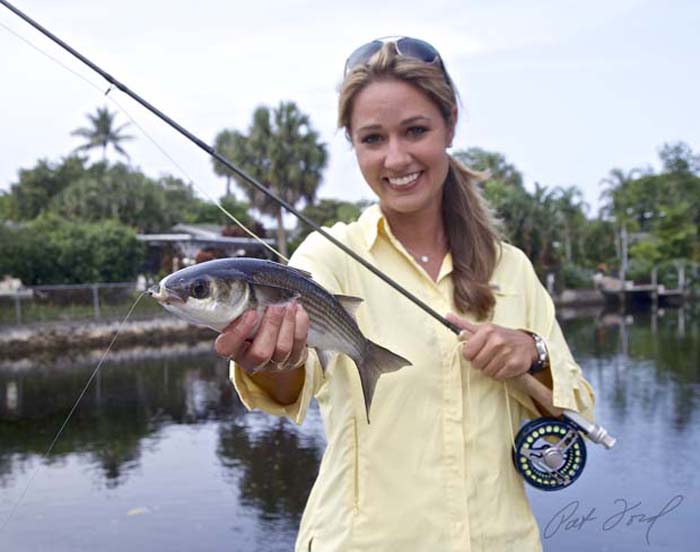 Jennifer Gray, holding a mullet, was a Ft Lauderdale TV news person and now a popular Atlanta TV personality. She loves Steve’s Yeastiue-Beastie. The water behind Jennifer is the South Fork of the New River. Steve and I lived just yards away from the river at the still famous Lauderdale Tennis Club. A Pat Ford image.

[dropcap]L[/dropcap]efty Kreh was a personal friend of Steve Kantner’s – highlighting several of Steve’s one-day seminars on fly fishing and casting – the best I ever attended – 50 or more people would agree, including, Ted Juracsik (Tibor Reels), Diana Rudolph, Andy Mill, and Cindy Russell

In a moment of pause at one seminar, I asked Lefty if Steve was as serious, no chuckles, about guiding  with him as he was with me? Without hesitation he smiled and said, “When you fish with Steve, you shut up and listen.” I then knew that Lefty, and a lot of celebrities that were always on the Land Captain’s dance card, got treated the same way,

Steve Kantner approaches fly fishing with the heart of a child and the mind of a biologist. He’s a bad “dude” if you’re a tarpon or a largemouth bass

Steve’s second book, Backcountry Flies: Tying and Fishing Florida Patterns, from Swamp to Surf, if paired with his first book, Ultimate Guide to Fishing South Florida on Foot, is the best DIY angler’s resources for all of South Florida.

No one is in Kantner’s league when it comes to knowing everything about everything that swims for a living in South Florida, and what patchwork of feathers will  sucker them into a bite.

I fished most of South Florida with Steve for over ten years. I would always fail at trying to avoid taking his flies if my patterns came up empty, but after he’d caught a few snook, and I none, or he three tarpon and I none, he would come over and say, “Try this.” Yes, you guessed it. Fish on after a half dozen casts… where he said to cast. 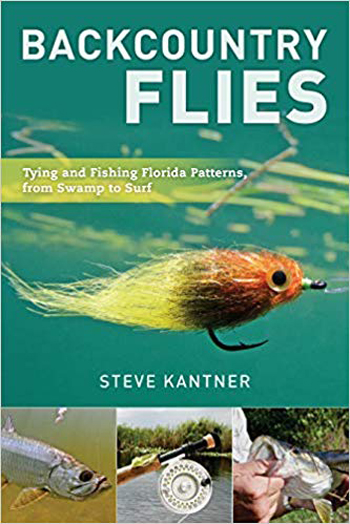 They’re all in his book

If you live in South Florida and like to fly fish, you probably drive by some of the best fishing that South Florida has to offer and don’t have a clue you just passed it, but if you owned both of Steve’s books, you’d be way ahead of the game. And don’t leave home without them, and a rigged rod and box of Steve’s patterns.