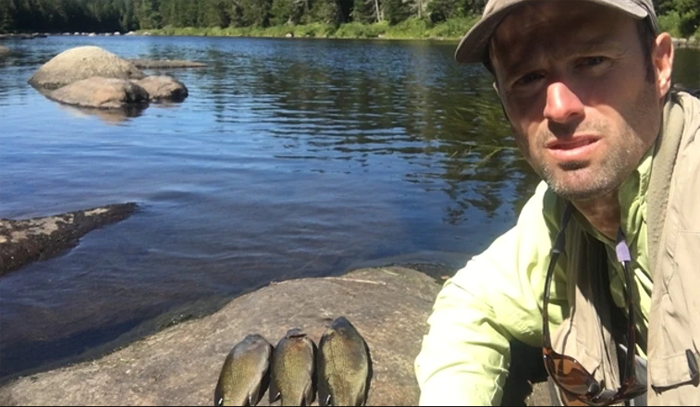 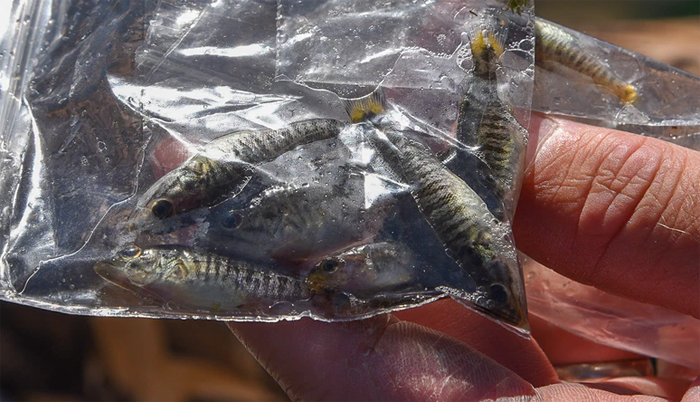 Invasive smallmouth bass removed from Miramichi Lake. In this bag is the 6,000th to be removed. The species is a major threat to the restoration of wild Atlantic salmon in the Miramichi River system. Neville Crabbe/ASF

Rotenone: when you absolutely, positively have to kill every last fish in the lake.

[dropcap]A[/dropcap] coalition of conservation groups wants the federal government to agree to a plan to wipe out a population of smallmouth bass from a New Brunswick lake in order to protect salmon in the revered Miramichi River.

The North Shore Micmac District Council — a regional body representing Mi’kmaq nations in the Miramichi area — is leading a push to eradicate the invasive bass from Miramichi Lake using a toxin called rotenone.

Several other groups have come out in support of the council’s application to the federal Department of Fisheries and Oceans, including the Atlantic Salmon Federation.

Neville Crabbe, a spokesman for the federation, says it appears someone introduced the smallmouth bass to the lake in 2008 and they have been increasing in numbers ever since.

“Smallmouth bass are a voracious, aquatic invasive species in New Brunswick. They are not native to this part of the world,” said Crabbe.

Smallmouth bass can alter the entire ecosystem in several ways

They compete for habitat. They compete for prey. And they also consume native species like trout and salmon, which have been a feature of human life on the Miramichi for thousands of years.”

Nathan Wilbur of ASF beside three smallmouth bass that were angled in the mainstem of the Southwest Miramichi on Sept. 1, 2019. Nathan Wilbur/ASF

A report prepared for the DFO in 2008 recommended complete eradication of the smallmouth bass from the lake.

The report stated that removal of part of the smallmouth bass population was “not likely to eliminate the risks” or prevent the invasive fish from spreading throughout the Miramichi River system.

“Complete eradication is the only option that will prevent further dispersal,” the 2008 report states”

Despite the report’s recommendation, the department decided to put in a barrier and try to remove smallmouth bass from the lake — an approach Crabbe said has so far proven expensive and ineffective.

At least 30 of the fish have been caught recently after apparently getting past the barrier, he said. 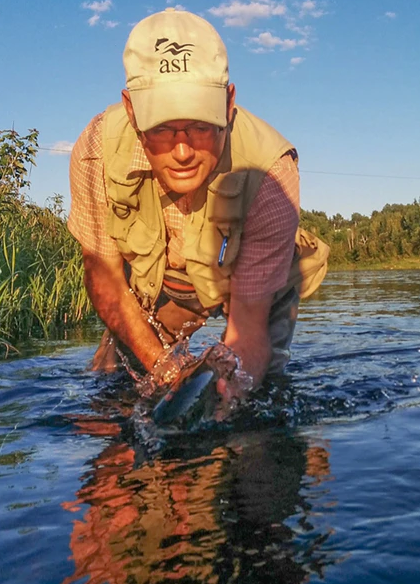 Become a member of the Atlantic Salmon Federation and join the international movement for wild rivers and wild salmon. Members lend their support to the international salmon conservation movement and receive a subscription to our award winning magazine.

Crabbe said that’s likely how some of the smallmouth bass are inadvertently getting into the river system.

“It’s a little puzzling and frustrating. What we’re staring at here is a preventable tragedy 10 years in the making,” he said.

He said the eradication method has been used successfully in a number of provinces, and the ecosystems in the impacted waters often rebound stronger than they were before.

The Department of Fisheries and Oceans did not immediately have a comment on the matter or the status of the application to eradicate on Tuesday.

Rotenone, a naturally occurring poison made from the roots of tropical bean plants, has been used by Indigenous peoples around the Pacific Rim to catch fish for centuries, says Brian Finlayson, a rotenone expert from California who wrote the plan for its potential use in Miramichi Lake. The chemical is especially effective against fish and other gill-breathing animals because it can easily cross through the gills and into the bloodstream, where it disrupts oxygen use by the cells. Though fish are the target, rotenone would also take out most of the lake’s insects and amphibians as collateral damage.

Join the Atlantic Salmon Federation and help save “The King of Fish” . . .