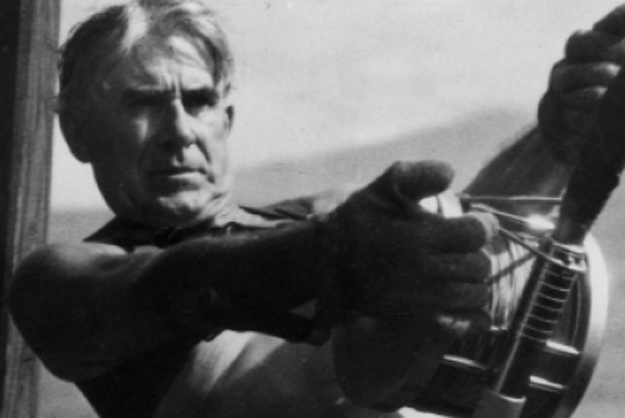 The Florida Keys introduces saltwater sports fishing to the world 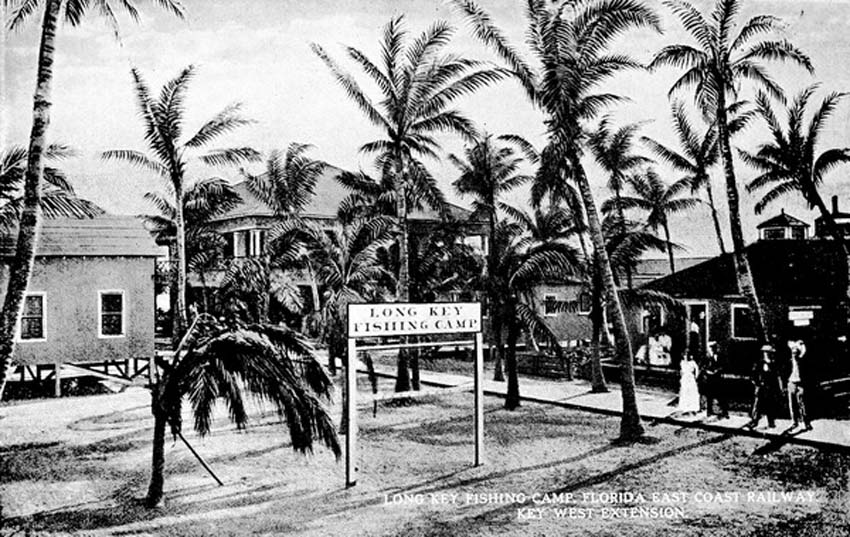 Long Key Fishing Camp launches sport fishing in saltwater in the US. Zane Grey praises the sailfish, tarpon, and bonefish as the most magnificent sport fish, and they and more species permanently lose their nuisance catch status. As a result, the faux sports fisher elites of Palm Beach lose their reputation, having claimed the kingfish is the real-deal and that tapon and sailfish are an inconvenience.  The origin of fly fishing that took place just a few miles east in Islamorada, [Florida Keys] Florida. Image from the collection of Myrna and Seth Bramson, Miami, Florida. Image 1920s.

Long Key Fishing Camp, the origin of saltwater fishing as a sport

Zane Grey, a dentist from Zanesville, Ohio, and grand-daddy of the western novel, was a frequenter at the Long Key Fishing Camp after he and his brother, RC (Roemer), discovered it by chance.

In 1910, the Greys were on their way to Mexico for a fishing trip. On their way, they learned of an epidemic and made their way back to Cuba and Florida.

On a hunch that there had to be great fishing in the Florida Keys, they made their way to Long Key via Henry Flagler’s new rail line extension built to eventually service riders from NY to Key West, Cuba, round trip. 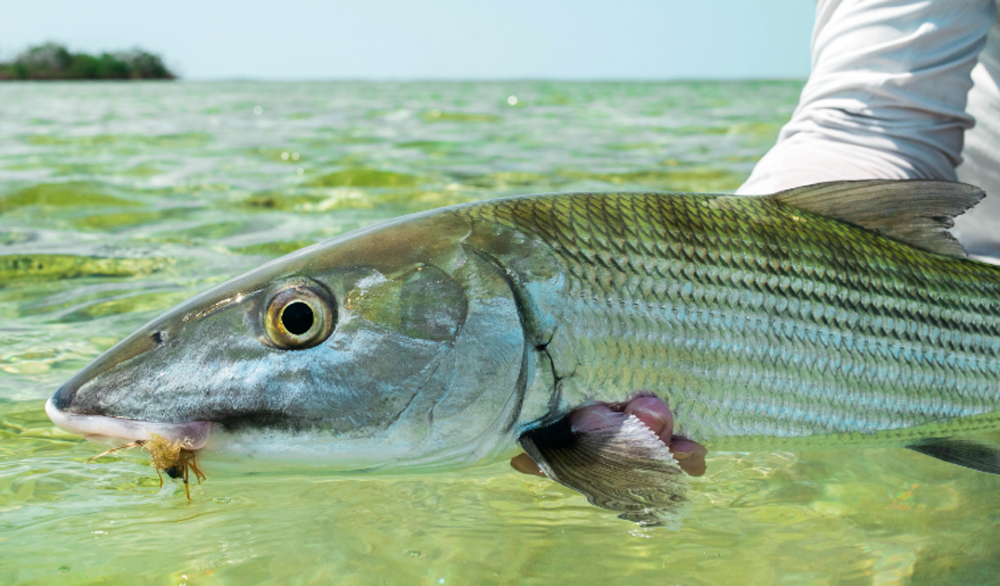 King Mackerel [Palm Beach, FL] would no longer be the only sports fish of the day nor would the rod, line, reel or rigging ever be the same.

At the Long Key Fishing Camp (LKFC), Zane Grey would introduce light tackle fishing, make proper the sport of bonefishing, sail fishing, and tarpon fishing. All of which thought to be nuisance catches. Grey made them all worthy sport fishing challenges. Grey’s accomplishments as a sports fisherman set the bar so high that celebrities of the day would become “Gentlemen Sports Fisherman.” All would measure themselves against Grey’s feats, including Hemingway.

Grey’s accomplishments as a sports fisherman set the bar so high that celebrities of the day would become “Gentlemen Sports Fisherman,” a new class for the upper-income lads and lassies. 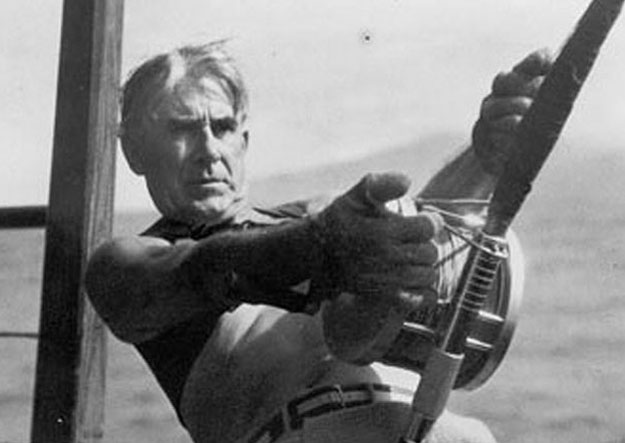 Zane Grey was the first to promote the release of catches not scheduled for the table, a radical thought in the early 1900s and even a few decades ago. Today, there are still several remaining Neanderthals bent on killing fish and game just for the boast of it, unfortunately.

Zane Grey was also a naturalist, easily swayed from a day with rod and reel “. . . So much beauty and wildlife, so wild that it was tame, seemed a rare and marvelous fact of nature. The great spirit of creation was brooding here.”

Zane Grey and his brother were also the first to go after sailfish, tarpon, and bonefish as sports fish. “I believe I have proved to myself – that the sailfish is the ‘gamest,’ the most beautiful, and the hardest fish to catch on light tackle.“

Zane Grey made the LKFC famous and Presidents Hoover and Teddy Roosevelt, as well as other notables of the day, would be visitors between 1910 and its last season in 1934. The LKFC would never recover from the 1935 Labor Day Hurricane.

The LKFC  was revitalised in the late 60’s with charter members of note:

Ted Williams, Arthur Godfrey, Jackie Gleason, Mike Douglas and Jimmy Carter (before he was President of the United States). The LKFC never really got going because the state eminent domained the property of Long Key and turned it into a park that is in use today and still a good place to fish. 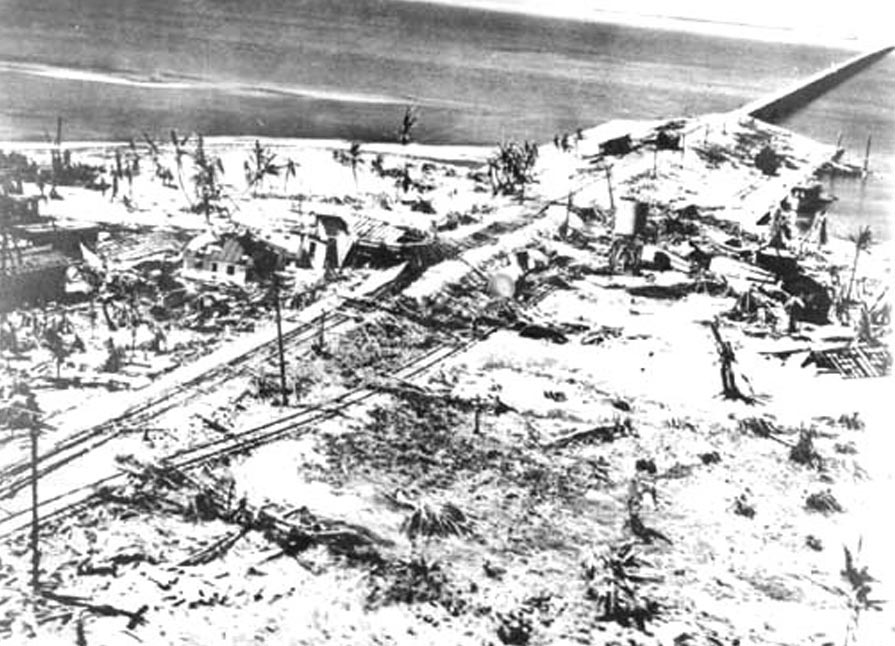 The aftermath of the 1935 Labor Day Hurricane. The remnants of the Long Key Fishing Camp [LKFC] a day or two after the storm. The hurricane reconfigured the entirety of Long Key, and most of what was the LKFC became watery turf.

Impact: Long Key Fishing Camp (1910 to 1934) created a new view of  sport fishing – it was embraced by the ordinary citizen

The bonefish are still here, as are  Megalops, atlanticus. Tim Mahaffey with an Islamorada double digit bone. Duane Baker’s crab fly (insert) reportedly travels well. Photo by Pat Ford. A difference of opinion: bonefish experts like Sandy Moret, Tim Mahaffey, Chico Fernandez and many, many guides in both the Florida Keys and the Bahamas have opined on the matter of catching Albula vulpes. Not so oddly, their choices in rod actions, rod weights, fly lines, and leaders and materials don’t always line up with each other. 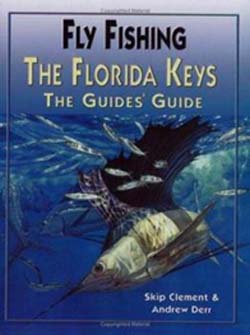 The ‘brigade’ fished for the silver ghost a little differently than we do today. Try this today and see if you get a dozen or so bones every day! The brigade fished for bones from a chair set at the shoreline.

It had become fashionable to catch your bait, so sweating a bit was not out-of-the-question. Bait, hook, and sinker was cast out as far as possible in more or less a foot of water, and according to accounts, one sat with his finger on the line waiting to feel the tug, which rarely took a minute or two to hook an 5-pound bonefish.