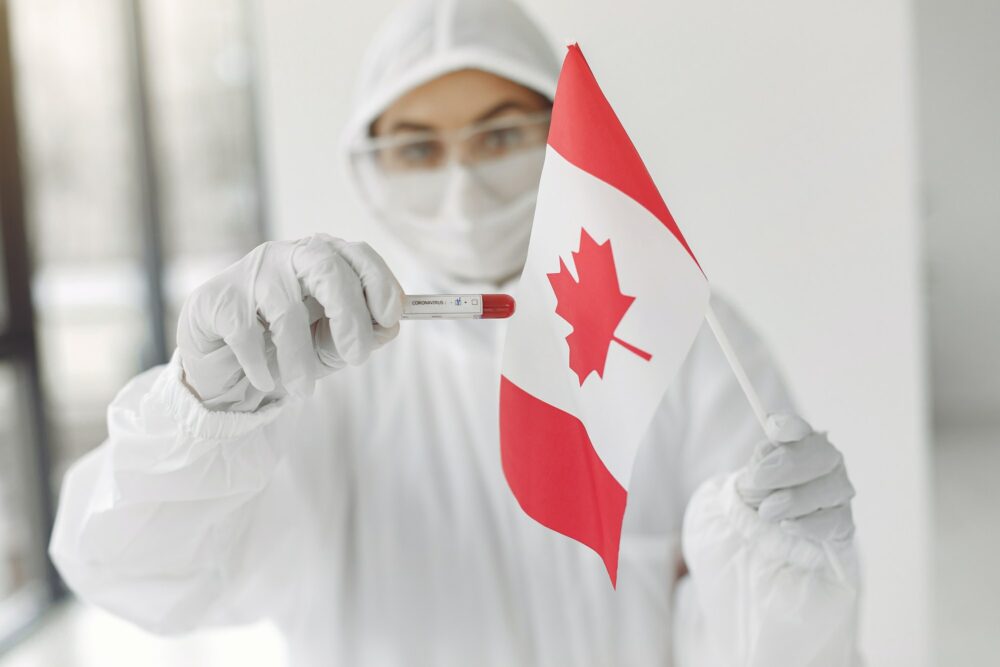 The pressure is on to reopen U.S and Canadian border this summer 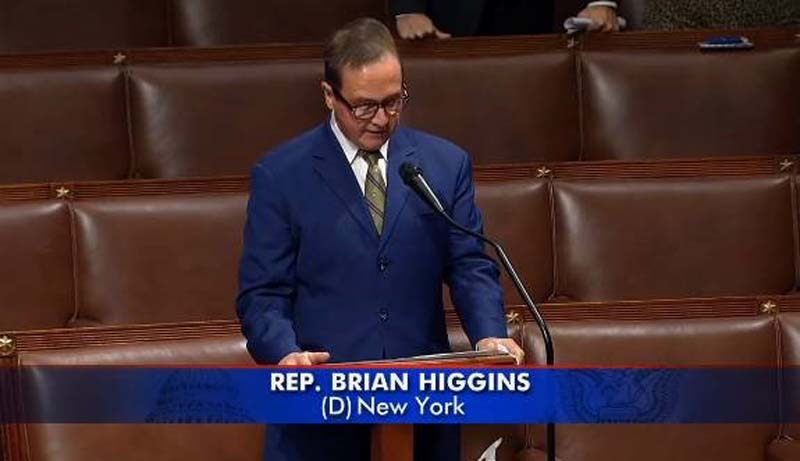 Will U.S. and international anglers soon be able to book trips to Canada?

OTTAWA — Rep. Brian Higgins is challenging Prime Minister Justin Trudeau and President Joe Biden to follow the science when it comes to reopening the U.S.-Canada border.

The co-chair of the Northern Border Caucus, who represents a district along the Canadian frontier, wants the border open to people who have been fully vaccinated.

Higgins (D-N.Y.) told POLITICO on Thursday that the delays are due to a “lack of leadership”

“If you’re vaccinated, you are highly protected from both giving or getting [Covid-19],” Higgins said in an interview. “Therefore, even if it’s just 5 percent of the Canadian population, they should be able to cross the border. And the same is true with the United States.”

Border check-in: The border restrictions have been difficult on both sides — with impacts on businesses, tourism and family reunification. There’s no clear timeline on when they will be eased back as Canada’s vaccine campaign trails the U.S. rollout and it deals with a third wave.

On Thursday, the U.S. Department of Homeland Security announced the latest extension in the month-to-month deal keeping the border restrictions in place.

Higgins’ quest comes 14 months after the measures were imposed at the border in response to the Covid-19 pandemic. Throughout the pandemic, Higgins said the public has been told that vaccine availability would be the inflection point.

“Obviously we’re frustrated, but we have to keep trying,” he said. “It’s a shame that more progress hasn’t been made by the Biden administration … Here we are, no plan. And just to arbitrarily say the border is going to remain closed without any vision as to if the following things go right — it’s just ridiculous.”

Higgins, who is also co-chair of the Canada-U.S. Inter-Parliamentary Group, is urging Biden and Trudeau to follow the guidance laid out by the Centers for Disease Control and Prevention when they consider the border’s future

Canada’s approach has been different and the Public Health Agency of Canada has followed World Health Organization guidelines. The government’s guidance refers to the WHO recommendation that “vaccinated travellers shouldn’t be exempted from entry and quarantine requirements at this time.”

On Tuesday, the prime minister suggested that life in Canada will feel more familiar by fall, including at the border.

“We know that before we get back to normal, cases need to be under control and over 75 percent of people need to be vaccinated for us to start loosening things in Canada,” Trudeau told reporters. “We’ll see what framework we apply to ensure that we’re keeping Canadians safe, even as we look to eventually changing the restrictions and the posture at the border.” 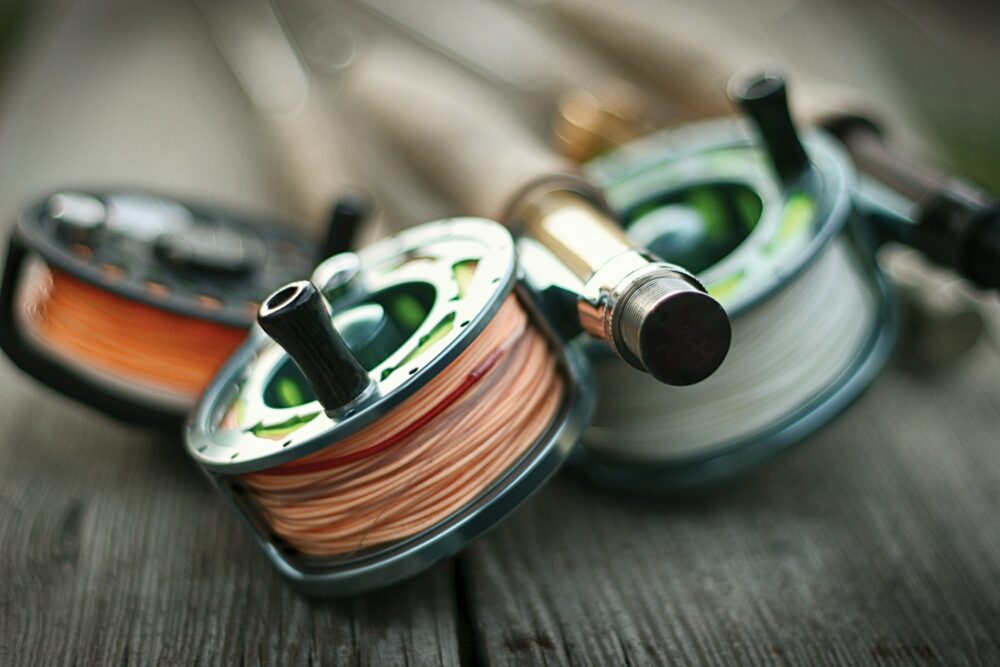 Higgins, who represents Buffalo and Niagara Falls, said Canada may not even get to the 75 percent vaccination level.

“The Canadian prime minister can talk all he wants about reaching 75 percent fully vaccinated — it’s probably not going to happen,” he said. “What you’re saying is that the border is never going to open… I guess when people don’t know what to do, they do nothing … To me, it’s unacceptable.”

A senior Canadian government insider said officials-level talks around lifting the border restrictions are underway, but no decisions are expected in the short term. With Canadian vaccination efforts picking up steam, the official says tighter rules may ease as the summer progresses.

Trudeau has been facing domestic pressure, including from provincial leaders like Ontario Premier Doug Ford, to keep border measures in place as the country deals with the third wave and plays vaccine catch-up.

Asked about the clash between Ford and Trudeau over Canada’s borders, Higgins said, “they’re talking past each other because what they’re suggesting makes no sense.”

“They just don’t seem to understand it, that the vaccine is that effective,” he said. “The way they tell it, the border is going to be closed forever.”

New Brunswick’s Brett Silliker, a full-time fishing and hunting guide for Upper Oxbow Adventures in Red Bank, says, “Sporting travel and tourism is an important business. The closing of borders has reduced my number of clients fishing for Atlantic salmon and striped bass. My spring bear hunts were down this year, as were my fall grouse and woodcock trips. It’s been that way for every guide and camp manager with whom I’ve spoken. But with more people getting vaccinated and the virus showing signs of containment, it’s logical that the borders will be reopened. I hope it’s soon.” — Tom Keer, Field & Stream, May 18, 2021

Higgins has also been calling on Gov. Andrew Cuomo to open Covid-19 vaccine appointments to Canadians in New York state. He wants New York to follow other states, including Montana, in allowing Canadian citizens to receive the vaccine.

The request and the reports of people crossing the border to get their shots comes amid confusion whether Canadians are even allowed to cross the U.S. frontier to get vaccinated.

A spokesperson for the U.S. Customs and Border Protection told POLITICO on Thursday that the frontier remains restricted to essential travel only.

“If a person is entering the U.S. for legitimate travel reasons, as allowed under current restriction guidelines, and receives a vaccine incidental to their trip, it is not part of the overall admissibility determination,” the CBP said. “Travel for the sole purpose of obtaining a vaccination is not permissible under current travel restrictions.”

Higgins rejected the argument, saying the precedent had been established in several other states.