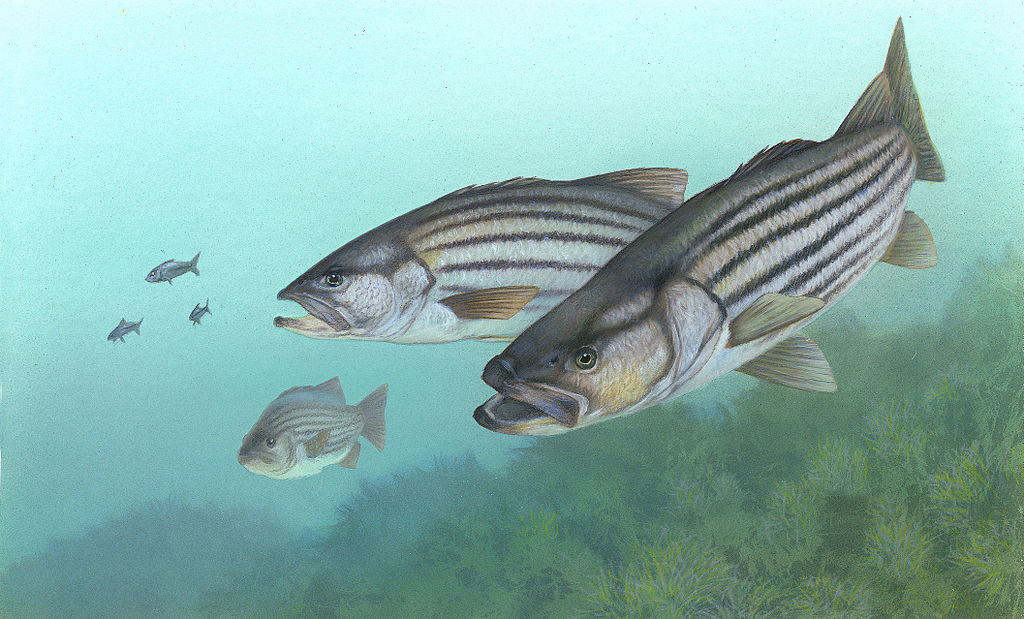 With the Atlantic striper fishery at stake, the worst of our kind show their faces 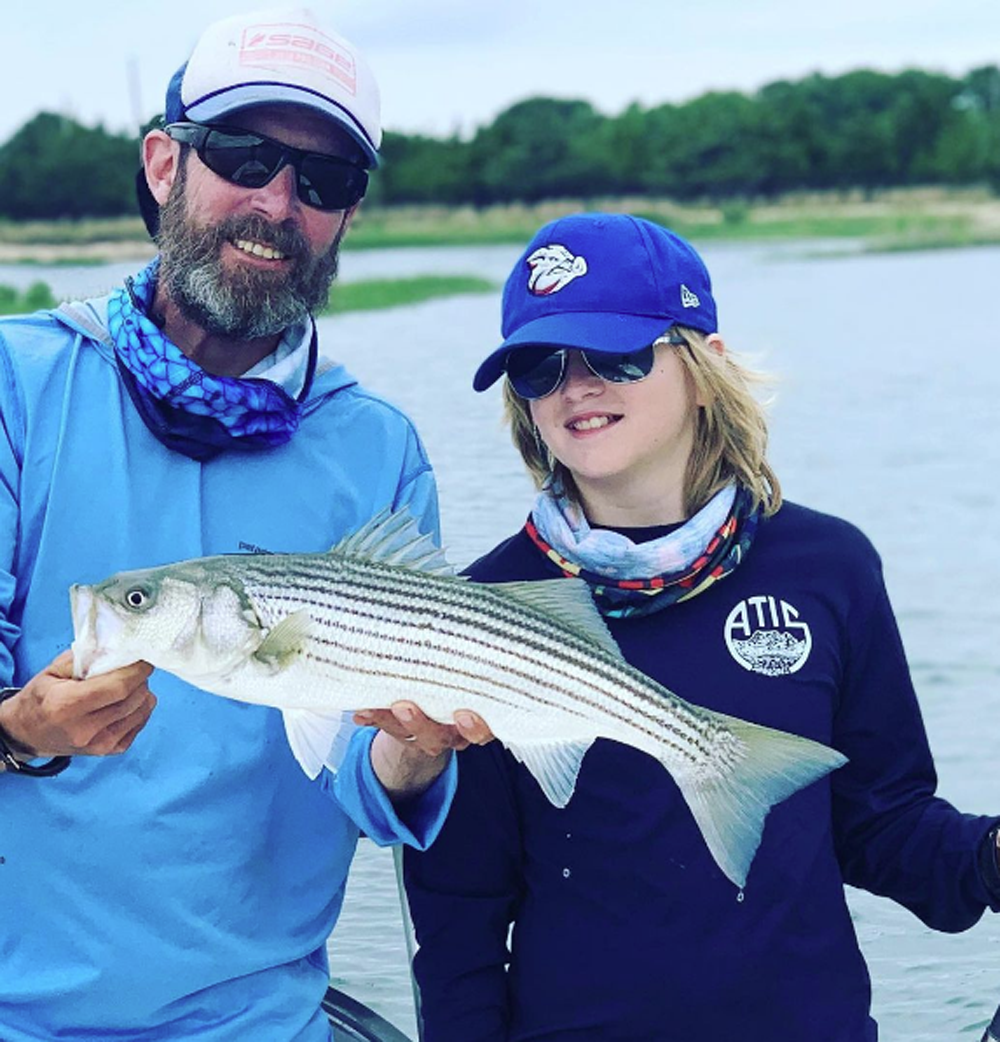 Capt. Andrew Derr with his favorite client – any kid he can teach to enjoy and respect the natural world. A perfect season opener – a nice early bird flats striper.

The gradual and sudden decline of striped bass

Striped bass, also known as rockfish, is arguably the most economically important finfish on the Atlantic seaboard. According to a 2005 economic study by Southwick Associates, commercial and recreational fishing for stripers generated more than $6.8 billion in total economic activity, supporting more than 68,000 jobs. At the time, striped bass were abundant in the Chesapeake Bay and throughout their migratory range, from North Carolina to Maine.

Twenty years earlier, striped bass were practically nonexistent. Scooped up in commercial nets and plucked by rod and reel by a growing number of recreational anglers throughout the 1970s, stripers got fished to the brink of oblivion when a moratorium was enacted in 1985.

Remarkably, once left alone to reproduce in the Chesapeake and Delaware bays and the Hudson River, the fish were spawning in record numbers. In 1995, five years after the moratorium was lifted, the species was declared “fully recovered” by the Atlantic States Marine Fisheries Commission, the interstate body tasked with managing them. 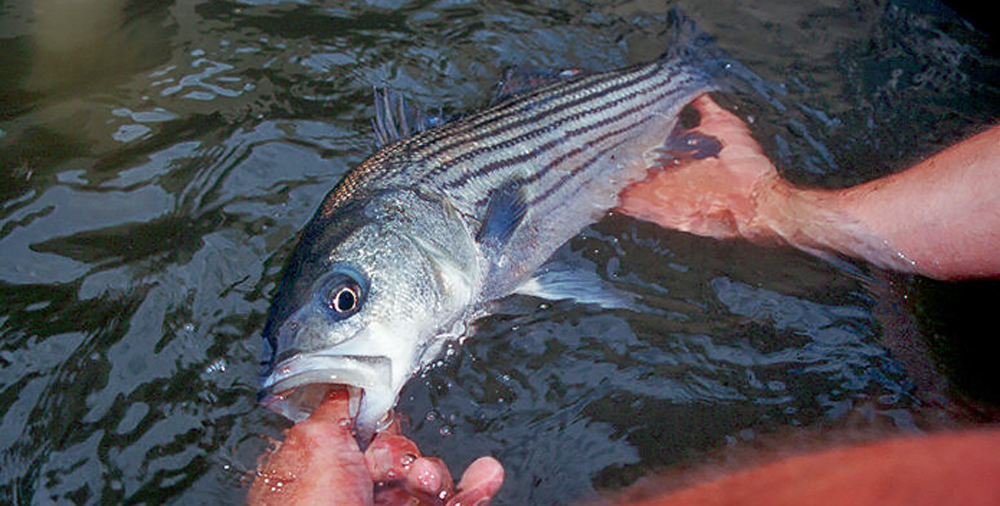 The rebound was touted as a success. Rockfish became a symbol of the ASMFC’s fisheries management prowess. But almost as soon as the commission resumed the task of allotting states their portion of the striped bass pie, things started to go downhill until, in 2019, the commission declared striped bass overfished.

According to the National Oceanographic and Atmospheric Administration, Maryland’s commercial striped bass catch went from 2.3 million pounds in 2005 to 1.2 million in 2019. The recreational catch fell from 7.6 million pounds to 2.6 million. Massachusetts’ commercial catch declined from 1.1 million pounds to 0.5 million; the recreational catch went from 7.5 million to 2.6 during the same span. Massachusetts’ commercial striped bass fishermen have failed to fill their quota each of the last three years. The fish aren’t available.

In Ernest Hemingway’s novel, The Sun Also Rises, Mike Campbell is asked how his bankruptcy came about. “Two ways,” Mike said. “Gradually and then suddenly.” Suppose the ASMFC fails to take the bold and courageous action needed to rescue striped bass from the brink of collapse. In that case, it will have no choice when asked about the inevitable failure but to look back over 30 years of compromises and half measures and say it happened “gradually and then suddenly.”

The ASMFC dithered in the face of this steady decline. Because it must serve the interests of both commercial fishermen and recreational anglers, and because it believes it must achieve what is known as “maximum sustainable yield” (a fancy way of saying, kill the most fish possible without destroying the fishery). The commission has tinkered with ways to keep everyone happy. In the process, it has failed the fish and frustrated fishers.

Now, the ASMFC is creating a new plan to manage striped bass. Known as Amendment 7 to the Interstate Fishery Management Plan for Atlantic Striped Bass, the commission has asked for public input as it considers its options.

The primary objective of Amendment 7 is “To perpetuate, through cooperative interstate fishery management, migratory stocks of striped bass; to allow commercial and recreational [harvests] consistent with the long-term maintenance of a broad age structure, a self-sustaining spawning stock. Also to provide for the restoration and maintenance of their essential habitat.” 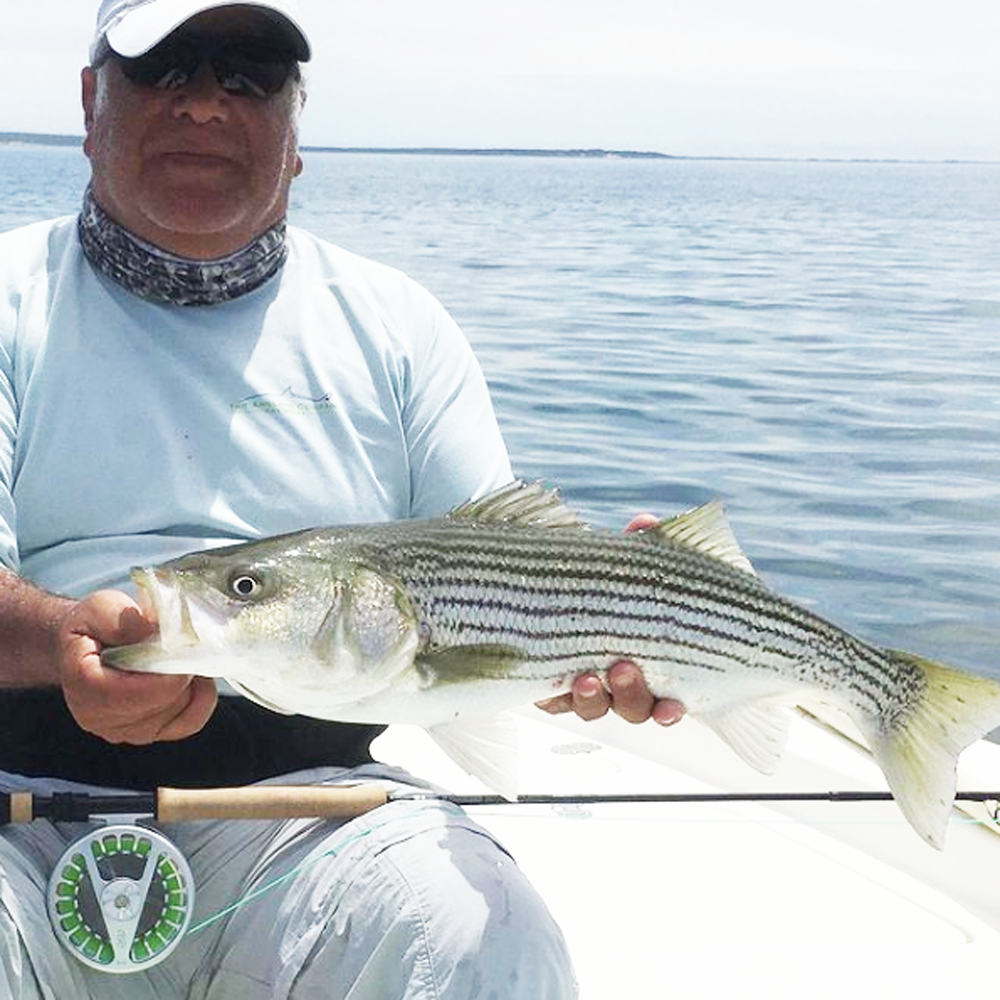 Stripers have demonstrated they can replenish their numbers when given the opportunity. Suppose the commission adopts a 10-year harvest moratorium as we suggest. In that case, striped bass will return to healthy abundance and the balanced age structure necessary to sustain the fishery in the long term.

Furthermore, the ASMFC can use those ten years to adopt better, more scientific means for collecting the data it needs to sustain the fishery after the moratorium is lifted.

A harvest moratorium would still allow recreational anglers to fish for striped bass, but on a catch-and-release basis only. That means the recreational striped bass angling economy — which far exceeds the commercial fishery — would remain largely intact. Remember the Southwick study that found the entire striped bass fishery worth $6.8 billion? The recreational fishery accounted for $6.2 billion of that total.

NOTE 2: Andrew Derr is a Long Island fly fishing and light tackle spin fishing charter captain who will expose you to the amazing fishery that is the East End of Long Island. Coast Guard Licensed Captain since 1999. May through November, he fishes Peconic Bay, Plum Island, The Gulls, The Race, Plum Gut, Fisher’s Island, and Montauk.

NOTE3: Mike Spinney, a resident of Massachusetts, is a member of the national board of Stripers Forever.