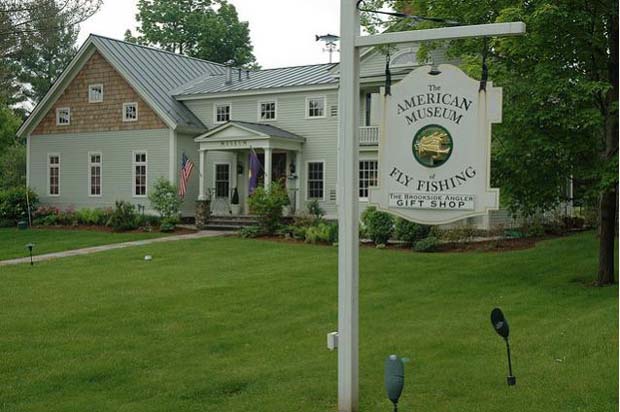 The Series: Important women in the history of fly fishing; Megan Boyd

All “Exhibition Profiles” are from the book “A Graceful Rise” written by Catherine Comar, executive director of the museum. Promotional narrative for The American Museum of Fly Fishing is provided by Fly Life Magazine.com. Copyright the American Museum of Fly Fishing (AMFF) – 2014. NOTE: Several of the photos in this original text profile of Boyd are not found in “A Graceful Rise.” However, the book profile of Boyd has several other unique images.

[dropcap]M[/dropcap]egan Boyd was born Rosina Megan Boyd in England and moved to the Sutherland coastline of Scotland with her family at the age of three. She later moved to the village of Brora, where she stayed and established herself as one of the most important salmon fly tiers of the twentieth century.

Many will be surprised to learn that Boyd never cast a fly rod her entire life: “Now to disappoint all my customers, I do not fish, have no interest in fishing, and cannot even tie a fly to a cast,” she once said. She began to tie flies at the age of twelve when her father encouraged her to apprentice with Robert Trussler of Carrol Rock. Another local sponsor aided her studies by gifting the book How to Dress Salmon Flies by T. E. Pryce-Tannatt (published 1914), a book Boyd referred to as her bible. By the end of World War II, she was able to save money to purchase tying supplies, and at that time she began to earn a living as a fly dresser. The vast majority of her flies were from existing patterns; she is credited with developing the Megan pattern later in her career.

Although Boyd never produced brochures or price schedules for her Kintradwell shop, her client list included some of the top names in the fly-fishing community. She tied flies for many generations of the royal family, including Charles, Prince of Wales; for author Joseph Bates of Massachusetts; and for others from Sweden, Norway, and America. Her impressive list of customers and four years’ worth of back orders never stopped Boyd from teaching her art, free of charge. Boyd’s fly-tying talents were recognized during her lifetime. She received much praise for her precise use of materials and her techniques to create exacting patterns. She won her first award in 1938 at the Empire Exhibition in Glasgow and received the British Empire Medal from the Crown of the United Kingdom in 1971.

By 1988 Megan Boyd had developed eye problems that prevented her from tying. She passed away in 2001 and left behind some of the most sought-after salmon dress flies ever tied.