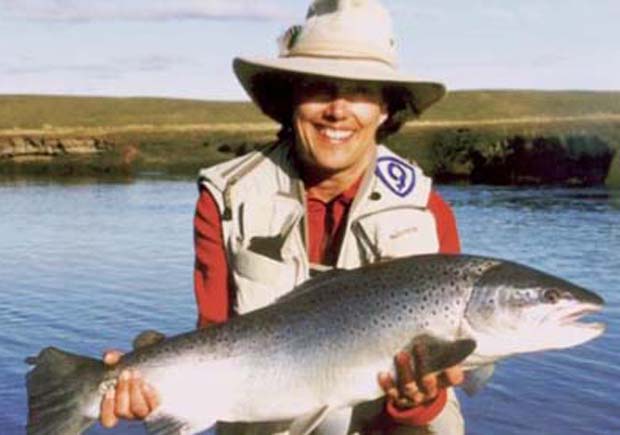 The Series: Important Women in the History of Fly Fishing; Rhea Topping

[dropcap]R[/dropcap]hea Topping began to fish with her parents at the age of four with spinning tackle in salt water. Her fly-fishing career, though, began nearly thirty years ago when she made a decision to learn how to cast a fly rod. After receiving informal lessons from a number of friends, Topping enrolled as a student at the premier casting school, the Wulff School of Fly Fishing (Livingston Manor, New York). It was here that she met her mentor, Joan Wulff. Topping did well under the instructors at the Wulff School, and eventually Joan Wulff encouraged her to consider becoming an instructor there. She apprenticed for two seasons, commuting eight hours each way every weekend; she then became the first woman instructor hired by the Wulffs. After several years, she opened her own fly-fishing school in Virginia: Rhea Topping’s School of Fly Fishing.

Topping promotes and supports fly fishing wherever she goes. She compiled research for, wrote, and published the groundbreaking book Rod Rage: The Ultimate Guide to Angling Ethics (2004). This book was unusual as its purpose was to teach angling do’s and don’ts along the water. She recently produced a best-selling instructional DVD in 2007, Double Haul, for the benefit of students and instructors. She was the associate producer of Joan Wulff’s Dynamics of Fly Casting DVD and worked with casting legend Mel Krieger on numerous book and DVD projects. To further serve the fly-fishing community, Topping has been both a regional and a national director of the Federation of Fly Fishers.

Rhea Topping continues to spend much of her time traveling the world with a fly rod in hand. Topping teaches at her fly-fishing school in Virginia; instructs at the Yellowstone Institute in Montana; runs Mayfly Adventures, her fly-fishing travel service; and is the lead instructor for the Casting for Recovery Virginia retreat. Regular updates on the exhibition and the Indiegogo campaign will also be posted on the Museum’s website.