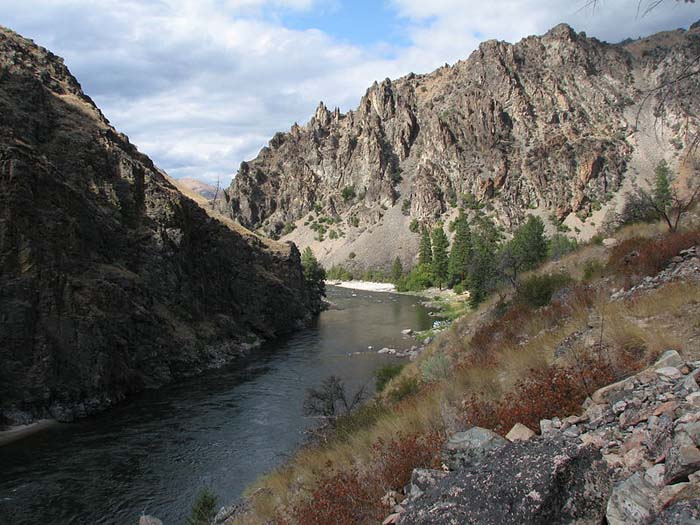 Fresh from the sea coho salmon. Illustration by Thom Glace.

Pacific Salmon in the western U.S.; an appalling state of affairs

[dropcap]I[/dropcap]f you have ever experienced catching any genus of Pacific salmon or steelhead in any coordinate of the globe or have a desire to pursue one or many, here’s a film that will last in your memory. It’s not short, and it’s not so sweet, so find some kickback time and enjoy one of the most beautiful films on salmon you’ll ever set eyes on.

Beware, it will anger you because of bureaucratic stupidity and human greed. It will thrill you with the hope that our government, through individuals like Frank Church, are still at bat for humankind and will do the next right thing.

Sidebar: Frank Church, United States Senator from Idaho from 1957 to 1981. It was his idea to create what would eventually be called the River of No Return Wilderness Area (1984), 2.3 million acres, a wilderness that remains the most remote in the contiguous United States today.

It was once awash sockeye salmon

I had the pleasure to float and fish the River of No Return Wilderness for a few days in the 1990s; it was a fantastic adventure – the sky lite up like Broadway at night with sounds of animals communicating and always rushing water. So hungry that beans and burnt potatoes with onions served with battery acid coffee where the best food pairings on earth.

The fish were always cooperative, as they are today, but smallish (13-inches), in two days, one trophy at about 20-inches, a cutthroat, the native non-stocked fish. Take a 2- or 3-weight to advantage the experience. I can only wonder what it would have been like teeming with salmon every day of the year from the cycle of Chinook to coho and then steelhead trout.