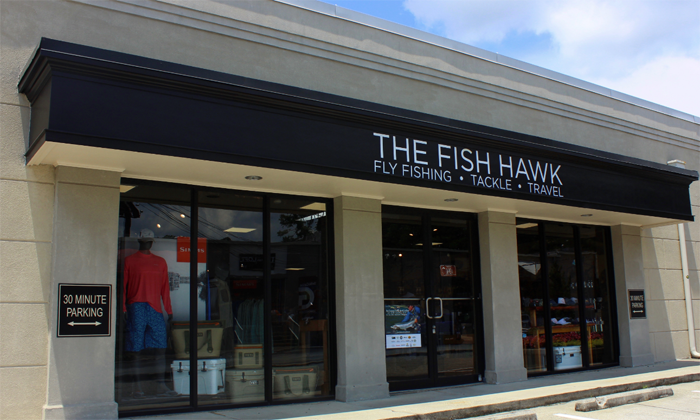 Deals this holiday? We have a clue for you 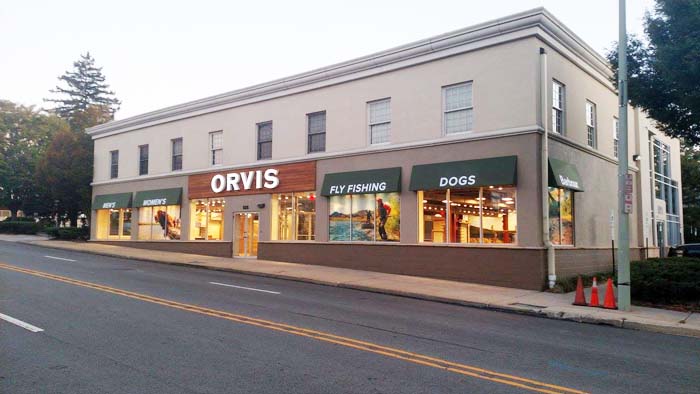 The best deals for fly fishing gear and accouterments this holiday season, we found, were fly shops, especially those with a big online footprint

[dropcap]O[/dropcap]f course, Christmas, Hanukkah and other yearly celebratory holy holidays of different beliefs… that involve once a year giving, have more to do with religiosity than tree decorations, Santa, roast beef, dreidels, latkes, and brisket.

That said, holiday giving to close fly fishing friends or family members in the brother and sisterhood of fly angling are usually not too many – two or three, maybe. My connections that way are and have been governed by a pact limiting gifts to stocking stuffers. No $900 fly rods have ever been gift wrapped and sent by any family member or close angling friend to me or by me to them, the exceptions husbands to wives or vice versa.

In an entirely guilt-free dedication to giving on this holiday season, I give myself one significant gift of value that has to do with fly fishing. The two most extravagant were a trip to Alaska, and another to Panama.

But of late, the last several years, I’ve been reduced to frugal by the necessity of income and as such become a ruthless shopper – known to plead for a better price shamelessly. No, I’m not ashamed, it’s someone else’s choice in that pleading matter, yes or no – end of story. I ask nicely.

What are the best places for deals?

This year, along with our small staff and top contributors, I solicited opinions on how and where would one find the best deals on fly fishing gear, accouterments, clothing, and outdoor paraphernalia during the holidays? Seven out of seven responded, two said online but included big footprint fly shops, two said big box stores and three us agreed it was fly shops in general.

The shakeout for everyone who thought fly shops were the best was that those fly shops all had a big online footprint. And they got a lot of traffic via YouTube, newsletters, podcasts, hosted trips, casting schools, and events, like Kelly Galloup’s Slide Inn, Sandy Moret’s Florida Keys Outfitters, Jon Fisher’s Urban Angler, Reds Fly Shop, Mad River Outfitters, TCO Fly Shops and several others.

What they all had in common, other than as mentioned, was “huge inventories” of rods, reels, and big ticket items from Simms, Patagonia, Fishpond and others. They all have an end of year specials like last years models, or the year before discontinued models – making way for new, bigger and better rods, reels, bags, boots, and accouterments. A nine hundred dollar 4-wt fly rod for $475 and RIO fly line thrown in will always interest me… if I need a four weight.

Gary Merriman’s Fish Hawk fly shop is where the South’s cultured manner is always in play – it’s not your typical Eastern fly shop. It is a big and impressive fly shop that has a distinctive personality only a southerner could create. How is that? Well, the staff is never lounging at the counter talking and laughing at their own jokes. The Fish Hawk staff is engaging, mature and extremely knowledgeable. It’s probably the smartest fly shop in the Southeast.

What about Fair Trade agreements?

There’s no argument from manufacturers about fire-sale prices on a supposedly fair-traded product because they need to move that new series of fly rods, new X reel, new boots and so on. The small fly shop down the street won’t complain because they don’t have four of anything.

The Atlanta area is rich with good fly shops and some impacting online as described above, one to a great extent, Orvis, and one to a lesser extent, Gary Merriman’s Fish Hawk. Oddly, neither had “great” discount offerings pre-holiday season, preferring those offers to come in January of 2019. Were there good deals in the mix, yes.

Many of the Atlanta area smaller shops displayed festively decorated tables – along with racks soft goods, to get rid of one of this and one of that. They want to move odd sizes or discontinued product. Sometimes there are potnential stocking stuffers thrown in for good measure. Many times there are good deals on fly rods, reels, fanny packs, boots, and other hardcore fly fishing stuff. One store had a brand name wade tube 40% off, another a local rod builder’s fiberglass collection 60% off because of discontinuing business. Another had a Sage 10-weight rod with a Sage reel for 30% off.  Who would need a 10-weight in the Blue Ridge Mountains? 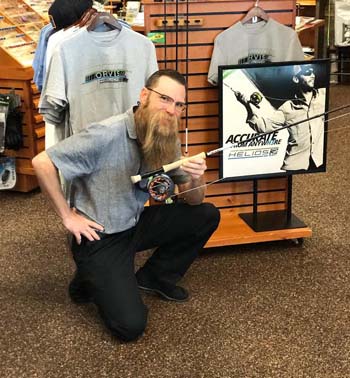 Fly shops are the Silk Road to fly fishing where you live. Justin Powell  is the fishing manager of the Atlanta Orvis store. Here he spells out the differences for me of the Helios 3 D model and F model. Justin is a walking encyclopedia of fly fishing know how, a resource of local and regional fly fishing. Where it happens and when: rivers, marshes, lakes, national parks, public lands, streams, ponds, estuaries, and creeks. Clement photo.

I live near a Cabela’s so I hit their store to check out holiday impact on prices. Some clothes had deals, but online direct had the discounts and were even a little better. Fly fishing discounts – zero and not such a great stock to choose from either. Boots, PFD, travel carry packs, canoes, kayaks all looked like the prices were hiked up or just high?

I have no reluctance in pointing anyone to a brick and mortar fly shop, or a one with a significant presence online for terrific buys on anything fly fishing, but you have to be willing to “shop around.” Not all fly shops are created equal.