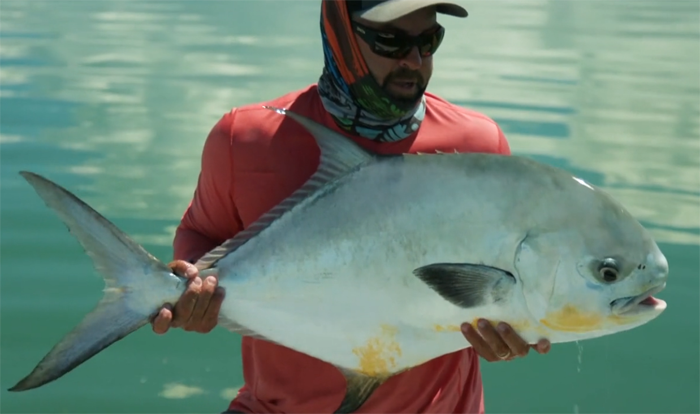 The toughest score of a flats Grand Slam, Trachinotus falcatus

Image from attached Vimeo – Screenshot of  a Caribbean permit (Trachinotus falcatus) – a game fish of the western Atlantic Ocean belonging to the family Carangidae. Adults feed on crabs, shrimp, and smaller fish. One of, if not the most difficult flats game fish to entice into an eat. I’ve tried for 80 years and failed [on the flats] to land any of a half dozen hookups; frustrating. 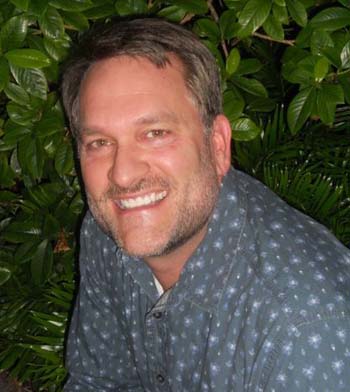 Jim McDuffie, President & CEO of Bonefish & Tarpon Trust. He received the BA and MA degrees from the University of North Carolina at Chapel Hill. He serves on the boards of the Florida Ocean Alliance and Now or Neverglades coalition as well as on the Policy Council of the Theodore Roosevelt Conservation Partnership.

[dropcap]F[/dropcap]lats anglers from around the world travel to Belize and Mexico’s Yucatán Peninsula, drawn by the region’s unique combination of habitats, culture, and fish—and by the prospect of catching a grand glam. The popularity of the region as an angling destination continues to grow, further benefiting the economies of both countries. But the threats to the overall health of the fishery loom larger than ever, threats that BTT has been combatting in Belize since 2006, from advocating for the protection of critical habitats to playing a major role in securing catch-and-release regulations.

Our interest in the Yucatán has continued to grow as research provided scientific evidence of connectivity in the bonefish population spanning the Caribbean. BTT’s larval transport study and the results of the Bonefish Genetics Project confirmed an even closer connection between the Yucatán Peninsula and the Florida Keys, meaning that it is likely Belize and Mexico are providing bonefish larvae to the Florida Keys via ocean currents. This underscores the need for us to engage in Belize and Mexico and actively pursue conservation at a regional level.

We are pleased to announce that Dr. Addiel Perez has joined BTT’s team and will coordinate our Belize-Mexico Program. With Addiel’s leadership, we will expand our research and conservation efforts in the region, beginning with the development of a strategic plan for both countries. The plan will be based on input from stakeholders in Belize and Mexico’s four main sectors—the fishing community, education, management, and conservation—and address the top threats to the fishery: habitat loss and both incidental and target harvesting of bonefish, tarpon, and permit.

We look forward to sharing more about our efforts in Belize and Mexico with you over the weeks to come, from immediate opportunities to help ban the use of gillnets to longer term initiatives aimed at preventing the further loss of critical habitats.