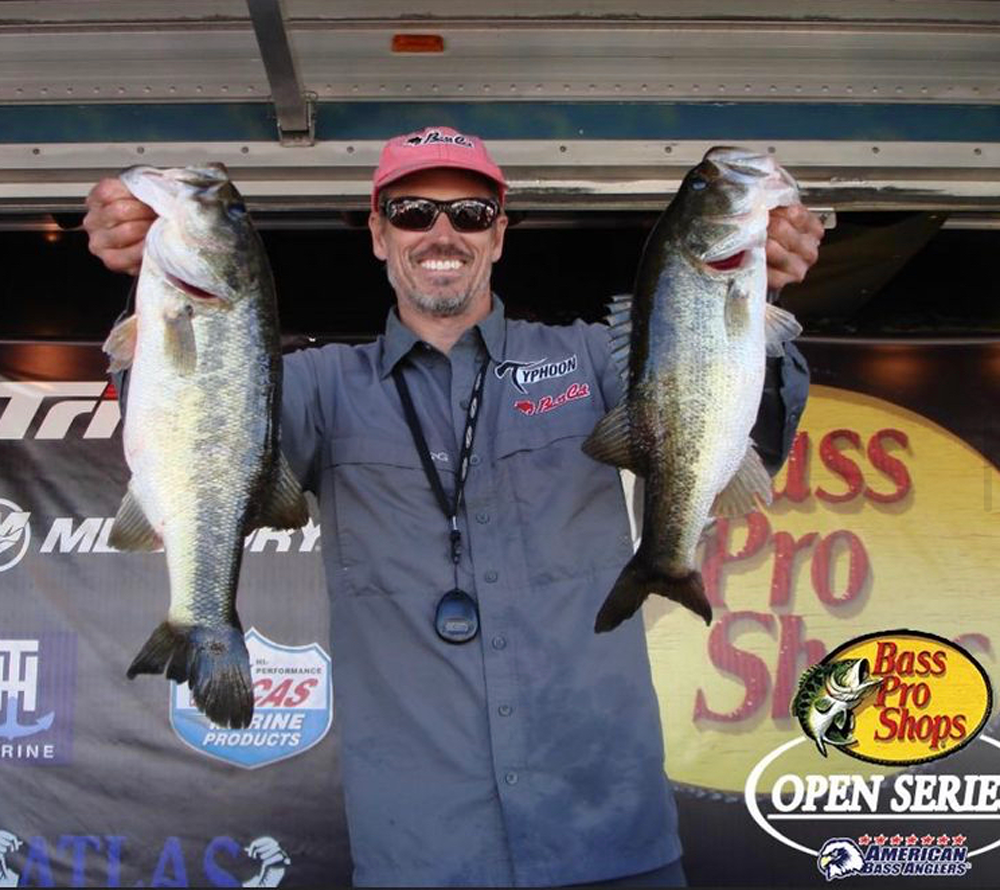 My fishing partner knows grass, and it leads him to bass

It’s subtle, but grass types, age and color, indicate where bass congregate. It’s all about oxygen

It is hard to beat fly fishing for largemouth bass [Micropterus salmoides] for the apparent reason they are aggressive predators and, comparatively, easily provoked.

They are ‘natively’ found in freshwater waters of eastern and central United States, southeastern Canada, and northern Mexico, and widely introduced worldwide.

In many of their current locations, largemouth bass are considered an invasive species

For example, they have been devastating juvenile Atlantic salmon in specific rivers of eastern Canada.

The largemouth bass is the largest of the black bass – a predatory freshwater gamefish from the sunfish family of Centrarchidae. Its maximum recorded overall length is almost 30-inches and a maximum unofficial weight an ounce over 25-pounds.

In the largemouth bass species, the female is larger than the male, which is called dimorphism. The average lifespan in the wild is ten to 16 years.

Thadeus hits the winners circle. “Casting deep into the thin mats made a big difference.”

Over the years, it’s become clear that guides have local knowledge, and if catching is on your mind, hiring one through a reference or the local fly shop will substantially improve your fly fishing life. In many cases, it will be the proprietor or one of the staff who guides.

But in the case of largemouth bass, I’ve learned that if you can, hire a guide who is also a tournament angler. There is nothing like money as a stimulator. My friend of several years in the Miami/Ft. Lauderdale area guided and mentored me on catching largemouth bass. He was an intense observer- seeing things no one else could. Like grass types [best/worst oxygen producers], grass color [again, oxygen], vegetation patterns, and types. It took me years to pick up on even a little of it.

“I always want to seek out the cleanest and greenest grass I can find,” he says. “The vibrant-looking grass is healthier and produces more oxygen which is crucial in the summer months. It also helps to keep fish cool, which is part of what makes mats so great. They provide a little more warmth for bass early and late in the year and help them cool down in the summer; no other type of cover can do that.” — Brandon Palaniuk

Habitat and diet have profound impact on largemouth bass appearance. This largemouth is from the famous Susquehanna River in Pennsylvania.

When I first met Thadeus Ragan, he was new to bassin’ tournaments, but he was a veteran bass angler, a successful male model male model with a parade of female admirers.

He fished the lesser circuits at first, then moved up to the ‘bigs,’ placing in the top three in several events – earning more and more of the prize booty and getting all important industry recognition which meant endorsements and paid appearances.

In a competitive situation, casting farther than other anglers reaches  unpressured fish . . . way in the back of the summer’s ‘grass mats.’

Thadeus’ attire, Suburban tow vehicle, and skiff outshouted anything you’d see in Times Square, New York, on New Year’s Eve, but wherever we went fishing, he was a star and autograph worthy.