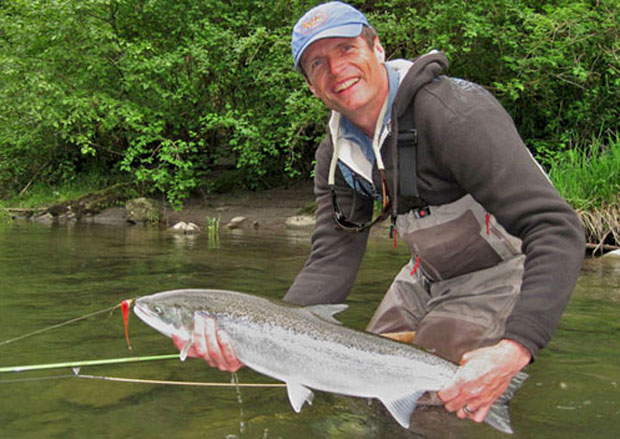 Tips & Tactics: Get out of the box and catch more fish

[dropcap]E[/dropcap]verything new in fly fishing comes west to east (as do almost all things culturally new). Out west, California to the coast of Washington and into Alaska, fly angling is the name of the game: Spey, switch, Tenkara and single-handed. Add to that Poyleaders, or as RIO calls them, Versileaders, and all forms of lines and sink rates and you’ve got a mountain of special performance needs to sort out. It’s a bit confusing to say the least. Making matters worse for us in southeastern U. S., Gulf coast states and for that matter the entire eastern seaboard, not many fly shop owners and managers, if any knows anything about switch rods, Spey rods or the fly lines and leaders that enhance those rods’ performances. So it’s best to bone up on what’s new and really useful for your single handed, double handed or in-between switch rod. The latter is a really great alternative if you’re prone to shoulder problems, have elbow concerns or arthritic issues. Too, if you can’t pitch the same number of innings as you could a few years back or you just can’t chuck a bushy fly in the wind like you used to. Better, you’re just smart enough to know it’s much easier to pitch flies 100-feet without too much effort.

Simon Gawesworth of RIO Products is one of the world’s leading experts on two handed fly casting techniques.

Although moving to a switch rod sounds a bit like giving in or up to a died in the wool single-handed fly rodder. Nothing could be further from the truth. Take surf casting for blues, snook or the occasional jack, mack or big momma tarpon; a 9-weight single-handed rod pitched against a little late morning breeze might not allow you to reach beyond the breakers where you see bait getting hammered and birds banging the water 50 yards down the beach in both directions. It’s all happening 100-feet or more away – frustrating. Too, no one would disagree that casting any weight single-handed rod all day is exhausting.

Although I moved to switch rods a year or so ago to avoid being boxed out of the aforementioned scenario, and to mitigate an over-used shoulder. My decision to go to switch rods was the right one for me, but my mistake was that I insisted on initially utilizing what I had. In other words, keep my fly lines that were on my single handed rods. However, I did go two line sizes up to help load the rods. In other words, my new 6-weight switch accepted my SA Mastery WF 8-weight and my new 8-weight switch took my 10-weight RIO floating with the spare spool having an intermediate line. While I could easily out-perform my former self, and do so longer into the day without any shoulder pain, I wasn’t really maximizing the switch rod or available technology.

Making the all-in the change 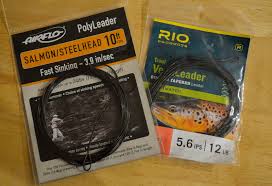 I invested in a RIO Outbound fly line for both my 6- and 8-weight switches, respectively rigged with 8- and 10 weight lines. And here’s the kicker, I added Verileaders, buying all five densities or sink rates. I can now literally make leader change-outs in seconds, not minutes – going say from 1.5ips to a 7.0ips in one easy move. Undue the loop to loop, make the new leader loop to loop and I’m back in business. Yes, you pre-tie the tippet section which is added to the bare-mono line at the end of the Versileader.

With the aforementioned set-ups, a 120-foot cast is not really amazing, but it is easy. I’ve yet to find a situation: walk in, skiff, bay boat, offshore or surf fishing where I was challenged or interfering with another angler on a boat because I was using a switch rod. In addition, some of my haunts that have foliage prohibiting singe-handed or overhead casts are not necessarily restrictive when I use my switch rod (roll cast or two-handed Spey cast).

Tippet add on to Versileaders or Polyleaders

The phenomena of the curved fly line, leader, tippet and a fly in suspension – never to be eaten. Today, most modern fly lines feature a taper at the front end, which makes for a smooth cast and as gentle a landing as possible. With sinking lines and sink tips, taper does create a small problem; as the line gets thinner the amount of coating on it gets less.

It’s the coating that makes a fly line sink. As the coating is reduced (tapering), the sink rate slows down – a tapered sinking line sinks in a curve – with the thicker, heavier and denser body section sinking faster than the tip. In this scenario you can’t control fly depth, detect a take or lose lots of fish when trying to set the hook.

NOTE: In a swimming pool test, we noticed that if you add over 20- to 24-inches of tippet to a Versileader or Polyleader, the curve issue will reinserts itself. Keep the terminal tippet length at least less than 24-inches.

NOTE: You can finger nail strip off the coating of the Versileader or Polyleader at the terminal end if you want to use the mono core as the tippet.