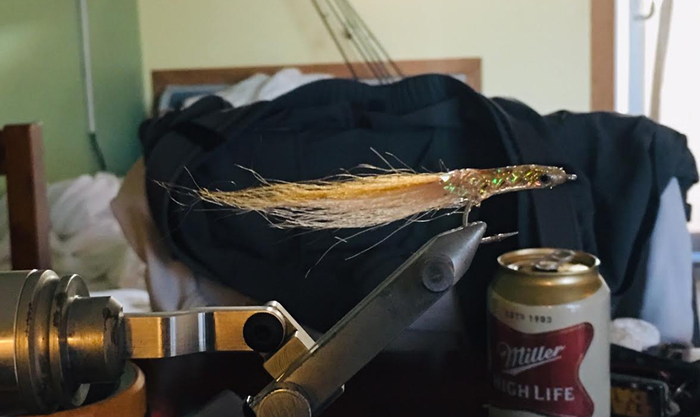 Tips & Tactics: How to make production segmented bodies and tails of anything

This photo was taken yesterday from Doctor Derr‘s satellite office in Montauk, LI, New York, preparing next day patients’ prescriptions reading Use as needed when you see blitzes in your vision. Refills through November 2019.

Getting more out of learning

[dropcap]J[/dropcap]ames Spicer, Intheriffle is responsible for this little trick, shown in screenshot clips below, that can lead to production versions of tails that can be made up in advance and used to mimic immerging, adult, flying, crippled, spinners of everything from terrestrials to mayflies and the ever-popular midges, as well as anything that is better replicated with segments, like worms and leeches, saltwater or freshwater that float.

Many of you more talented tyers already know the trick, but to me and perhaps a few others a perfect storm for making segmented bodies and tails, designed by the proxy of foam used to float. The fly that Spicer ties using the tie-in segmentation in the video is the Mohican Mayfly and it is also linked below [scroll down to end to watch].

Segments can be tied on any size or shaped hook, tube, and made in a complete rainbow of colors. The segmented aspect of a fly adds measurably to the interest freshwater fish and saltwater game fish have to a fly, and how it’s swum as well. Apparently, and like many of the great flies, it doesn’t have to look exactly like anything.

Adding segments including tails to any fly has produced strikes and caught trouts and basses on my home turf of North Georgia in freshwater.

Probably the best part of fly tying is discovery. Finding a new way to do something easier, getting a hunch and tying segments to just about anything and finding it works.

Foam trimmed to a point and folded in half before placed on needle.

Tying in segments still onto needle.

Segments completed on the needle and not yet transferred to hook. 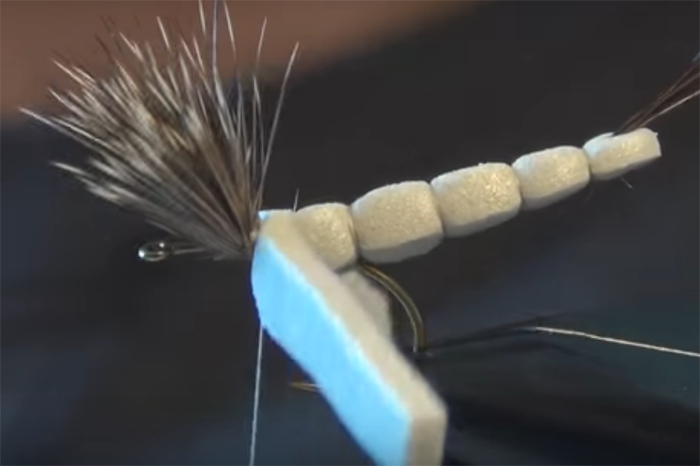 Tail segments in place on hook shank, but no head segment. 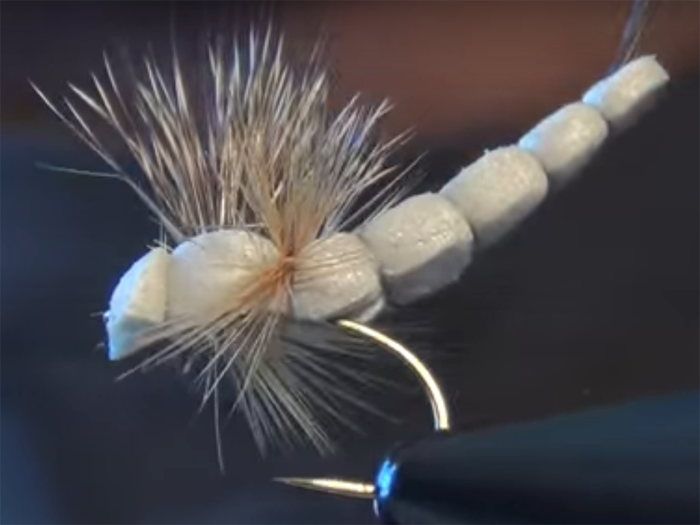 The portable segments in place on finished fly.