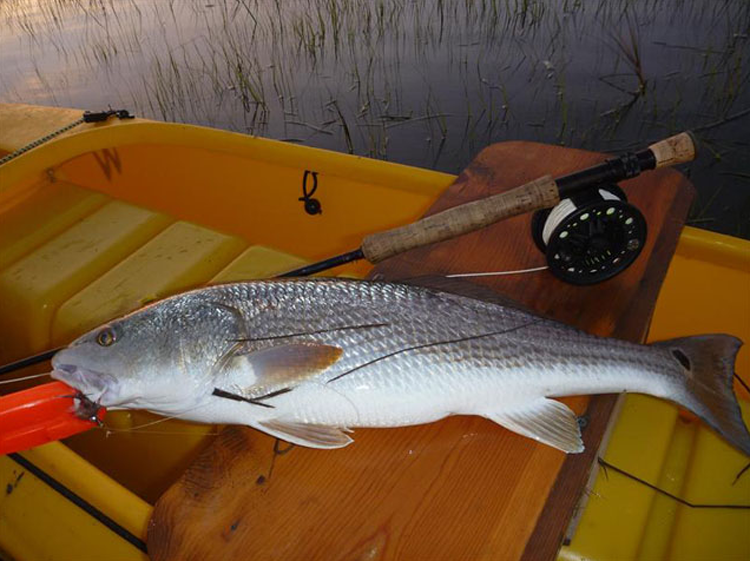 This story is from wavewalk.com/blog/ 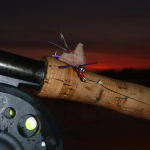 [dropcap]T[/dropcap]hanks to the northeast winds we had some unscheduled flood tides the weekend I decided to fish, fathers Day, 2012. I could see that the evening high tide would flood one of my favorite spots, but it would be after dark. I decided to go just before sunset and see if the winds were bringing the waters up faster and as luck would have it, the flood was in early.

After hustling to the first flat, I only saw one tail and got a couple of unsuccessful shots at it.

With the sun setting fast, I poled to another flat and was about to give up when some tails popped up, but not for long. Fortunately, the water was shallow enough that I could follow the wakes. I missed the first one but stuck the second one I saw. It was a solid 24-inches and put up a nice fight.

When I got that one landed and released, the sun had set and I figured the show was over. I scanned the flat and could still see some fish feeding in fast fading light. I got another nice shot at a cruising wake and the fish inhaled the fly. This one fought a lot harder and longer, laying out at 26-inches. 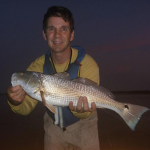 Kevin, happy as a clam in mud – Eastman photo

I was hoping to get a crack at another fish as the dark settled in, but they pretty much disappeared by the time I got that last red unhooked.  There were still fish there, just not tailing as the lights went out. I ran over a few while poling back home in the dark, but didn’t see any tails. I noticed the same thing a few weeks ago with the evening flood and full moon. Fishing the flat in the moon light is an awesome experience.

When full darkness came, the tailing and fish activity decreased, even with the light of the full moon. Poling home off the flats in the dark is a hoot and almost as enjoyable as the fishing. 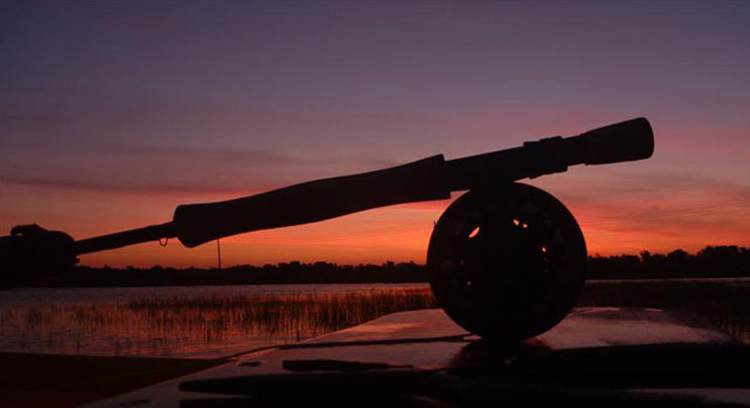