To be, or not to be barbed, that is the question.

Skip April 1, 2019 RECENT, Slide No Comments on To be, or not to be barbed, that is the question. 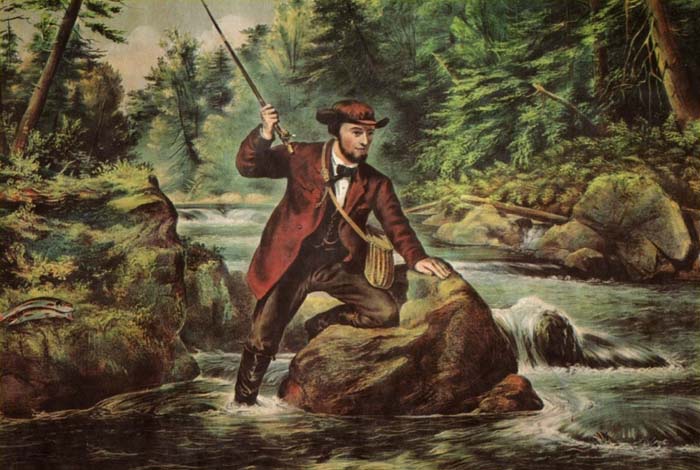 I’m probably going to ignore science and stay with barbless, besides that’s all I own anyway

In 1992, Matthew Taylor and Karl White of Utah State University biology department studied the effects on fish (trout) caught by anglers using barbed hooks and lures, and barbless hooks used by fly fishers. The study, compiled into a research paper, got publicity traction throughout the country, Canada, and Europe, but it was in a time when information flowed like molasses compared to today.

In 1995, the authority on all things trout fishing was the Fly Fisherman magazine – Art Scheck was the editor. The magazine picked up on the Taylor-White research and published the conclusion that the mortality rate for fish caught with barbed flies or lures was almost double the rate of fish caught with barbless flies. It went viral at 1995, at caterpillar speed compared to today, and set every state’s department of natural resources on their heads, more impactful on those states with trout populations.

They had to deal with regulations regarding hooks – proving or disproving the Taylor/White research conclusion, which had opposition from everyday citizen anglers to certified biologists from state departments of fisheries. In the circles of state fishery management the subject of “hooks” was a nightmarish issue because it affected all freshwater licensees – paying anglers.

It was not biologically correct

One such biological challenge came from Idaho’s Fish and Game’s principal fishery research biologist Dan Schill. Schill, oddly enough, was a devout fly fisher who had decided, on his observations, it was a better way to use barbless hooks for both the trout’s sake and better catch ratios. But when he read the Taylor/White research paper, he found it too flawed to ignore even though it supported his fly fishing catch and release practices.

With more than 20 years of studying trout mortality, Schill began looking for research that compared the mortality rate of fish caught on barbed and barbless hooks at the same site, with the same fish species, at the same water temperature, and with the same hook sizes.” — Nathan Alford,

Schill found 11 studies, dating back to 1932, that made the necessary comparisons under the desired conditions.

Schill denounced the Taylor/White study methodology by saying: “They compared the results of a few barbless hook studies to a whole bunch of other studies with other species and water temperatures. It was not biologically correct.”

Schill concluded: “They just lumped all of the studies together. No credible biological evidence has shown any benefit of the barbless hook.

Nine of the 11 studies analyzed by Schill dealt with fish that had been caught with barbed and barbless flies and lures. In five out of nine of those cases, the fish caught with barbless hooks had slightly higher mortality — but just a tiny bit. The point is there isn’t any difference.

If the differences in the nine studies are added up, the average difference is 0.3 percent. If at the start of the year you’ve got 10,000 cutthroat trout in Kelly Creek, an average of 30 to 65 percent of those fish will be dead the following July. It is normal for fish to die at that rate. So that 0.3 percent makes no difference. Considering the tremendous amount of natural mortality going on, it seems we are worrying about something that makes no sense.

I’m a guy who grew up a barbless hook fanatic. It took me ten years of studies to change my tune. But many Idaho anglers haven’t changed their minds.”