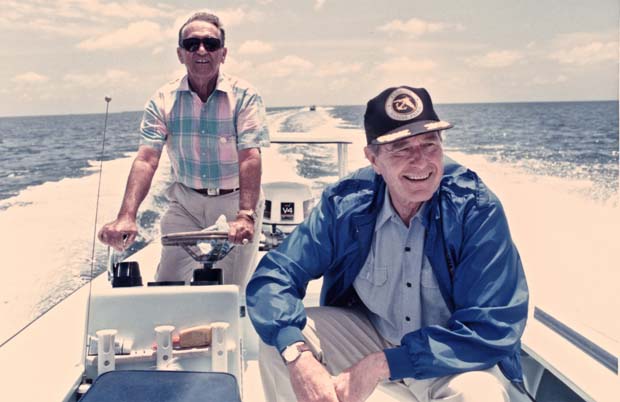 George Hommell, Jr. was a remarkable man, accomplished in so many ways and yet always down-to-earth and always willing to provide a helping hand

[dropcap]W[/dropcap]e owe a great deal of gratitude to George. Here’s what he did for us. Simlply, he went out of his way to help us get started writting “Fly Fishing The Florida Keys” (Amato Publishing 2004). George, at the time of our research launch into the book about fly fishing the keys was already beyond ‘ordinary’ legend status in the Keys. 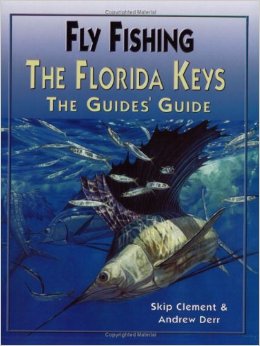 In 2001, George was numero uno at Worldwide Sportsman (WWS) in Islamorada, Florida, which Johnny Morris, of Bass Pro Shop fame, bought from George and subsequently kept on as GM.

We knew Hommell was more knowledgeable about the Keys fishing history than anyone then guiding, commercially fishing  or chronicling the subject in any format. Andrew and I were complete unknowns at the time.

The phone operator (yes, there was such a thing once upon a time) at Worldwide Sportsman put the call straight through to Hommell. He picked up the phone, and in a business voice asked: ‘What can I do for you?” We explained what we were about and why we’d like to speak to him. He said: “Come by my office at 3 pm. I have about 15 minutes.”

We arrived at the appointed time and were ushered into his office. Our 15 minutes lasted the rest of the work afternoon with short business related ‘hold it’ interruptions. George introduced us to Doug Berry, who was George’s number two guy at WWS.

Doug, a former offshore charter captain, was the first in the Keys, or anywhere in Florida, to carry fly fishing gear offshore. Doug’s commitment to fly angling offshore was the direct result of Tibor “Ted” Juracsik partnering with Billy Pate and coming up with a fly reel drag system that worked at halting big game no-stop runs. At that point big game fly fishing offshore was born in earnest and Doug was on top of it.

George Hommell, Jr. had given us the launchpad we needed to see “Fly Fishing The Florida Keys” successfully published by a known publishing house and have book sales continue into 2014 from published in 2004.

This past fall, hundreds gathered on the sand at World Wide Sportsman in Islamorada, Florida to remember and celebrate the life of George Hommell Jr., one of the pioneers of flats fishing in the Florida Keys and one of the early champions of fishing conservation. Tarpon rolled in the background as the sun set. Many people, including Johnny Morris of Bass Pro Shops, spoke, and fondly reminisced about their dear friend George, and everyone present laughed and cried at the tales they recounted. The location for the memorial was fitting, as Hommell helped found World Wide Sportsman, and was a consistent, welcoming presence there until shortly before his death. At the request of his children and with a declaration of support from Bass Pro Shops, Bonefish and Tarpon Trust announced the formation of the BTT George Hommell Jr. Florida Keys Habitat Fund in his honor, with the goal that funds raised will be used to help restore the Florida Keys flats to their former glory.

Hommell moved to the Keys in 1945, at a time when fly fishing waas in its very early days, and began fishing by himself, eventually becoming a full-time guide. He is credited with refining the techniques for poling for bonefish, was one of the first people to trailer his boat around to find fish, and also developed a number of important shrimp fly patterns, including the Hommell Evil Eye. He guided president George H.W. Bush and was fishing buddies with baseball legend Ted Williams, helping him initiate the infamous Gold Cup Tarpon Tournament in 1964. He helped guide client Mac Miller to the fly fishing world record for tarpon in 1961, a record that was snapped a few days later by Joe Brooks with guide Stu Apte. A huge admirer of Hommell’s, Apte later wrote in his 2008 memoir Of Winds and Tides: A Memoir “if I had to choose a guide for myself, George would probably be the one I would choose.” 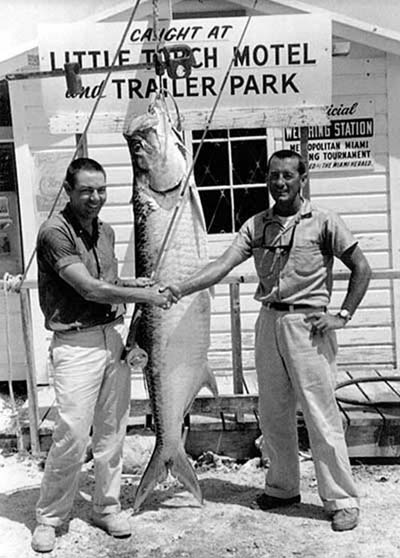 George (R) with client and 143-pound record tarpon on a fly. Photo believed circa late 1940s.

Hommell was an angling legend, but is perhaps best known for what he did off the water. In 1967, Hommell, along with fishing clients Carl Navarre and Billy Pate, founded World Wide Sportsman, a shop that was one of the first of its kind and remains one of the great landmarks in the Florida Keys. World Wide Sportsman made saltwater fly fishing more accessible and helped to grow the sport, and was also responsible for a number of innovations including the Billy Pate Reel, which changed the saltwater fly fishing world forever. In 1997, they sold the store to Bass Pro Shops, and that new shop remains a Keys landmark today. Bass Pro Shops founder Johnny Morris decided to keep the name World Wide Sportsman in part because of his tremendous respect for Hommell. While George’s health permitted, he still came to the shop almost every day at the crack of dawn to greet customers with a smile.

In the 1970s, Hommell became one of the early proponents of fishing conservation. In the early days of saltwater fly fishing, guides killed most of their catch. By the 1970s, Keys guides started to notice that catch numbers were declining, and as a member of the Islamorada Fishing Guides Association, George became one of the first proponents of catch and release fishing. He promoted tarpon and bonefish protection and Everglades Restoration through World Wide Sportsman, promoted awareness about the importance of seagrass preservation, and under his leadership, Bayside Marina became the first certified “green” marina in the Keys. In 2002, Hommell was named one of NOAA’s environmental heroes in recognition of his numerous contributions to conservation causes. In one of his most significant conservation initiatives, Hommell was a Founding Director of Bonefish and Tarpon Trust (then Bonefish and Tarpon Unlimited) in 1998. BTT Chairman Tom Davidson noted that Hommell’s enthusiastic support of BTT was vital to the organization’s success. He will be dearly missed by BTT and the greater fly fishing community, and will always be remembered for his incredible contributions to the sport of fly fishing and his deep commitment to conservation of his beloved fishery. In his memory, BTT has established the BTT George Hommell Jr. Florida Keys Habitat Fund, which will be used to support BTT’s efforts to bring back the golden years by bringing Keys flats habitats back to health.

Alex Lovett-Woodsum is the Director of Development and Communications for BTT.