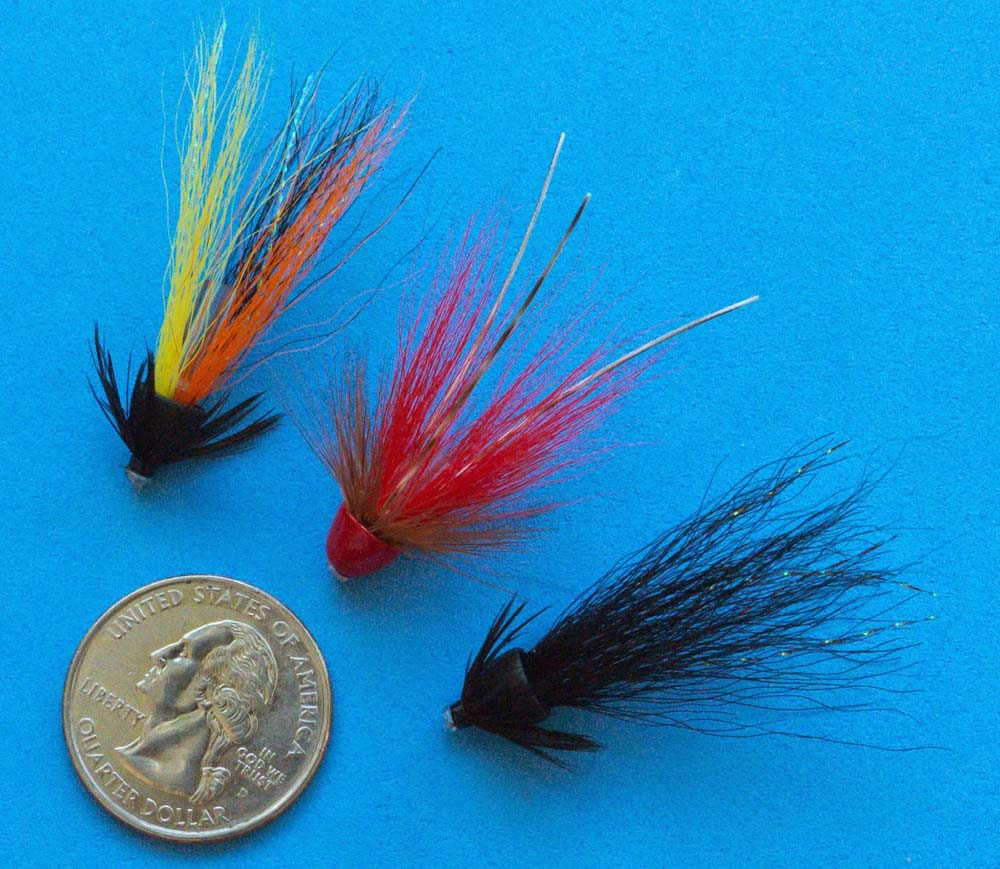 Trout on tubes in Slovenia and the Pyrenees 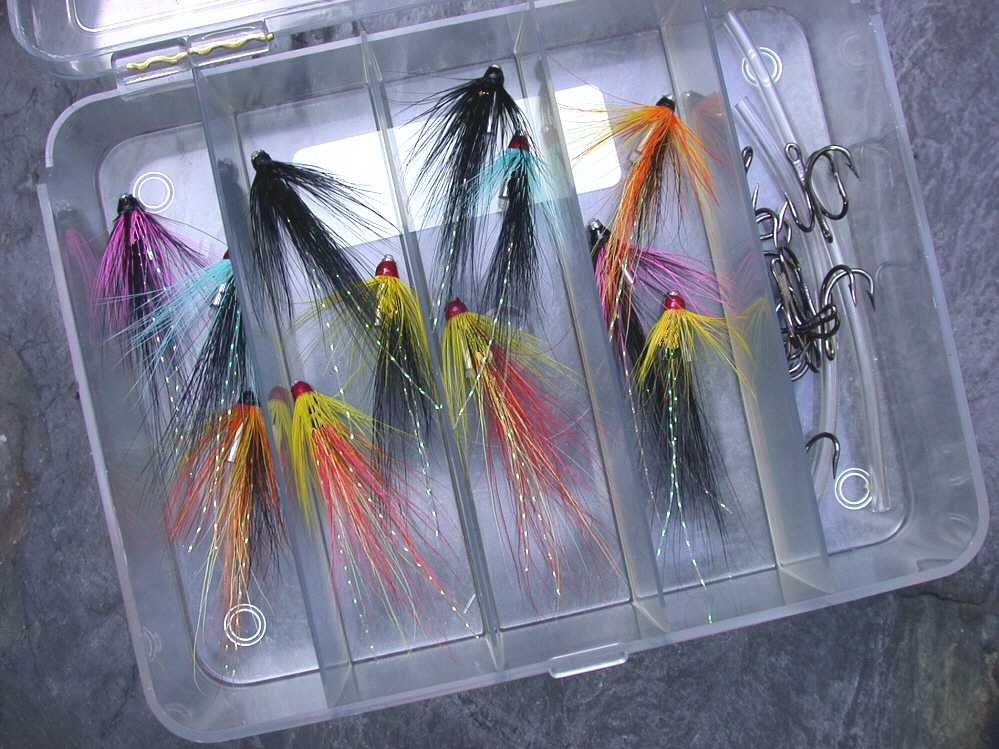 Are you looking for new designs for flies?

That road map might lead you to Europe and its most northern frontier, Scandinavia. There, tube flies are where it’s at for everything from carp to Atlantic salmon.

Tube flies specifically for Atlantic salmon began appearing in fly shop bins in Europe post-1945 after fly-dresser Minnie Morawski of Aberdeen, Scotland, showed the lads a better way to tease up a bite from a Salmo salar. Now, throughout Europe, and especially Scandinavia, tube flies are the religion of choice for serious fly fishers who are not only angling Atlantic salmon with saltwater-size flies but micro-size flies as well. Also, smaller game fish are now on the menu for tubes, most especially trouts.

Tube flies are proving a better match for hooking up with grayling, pike, brown trout, and more [Europa comment]

It should be mentioned that tubes and tube fly materials have responded to tube tyers’ and fishers’ needs by making possible micro flies and Scandinavian inventions like the Riffling Hitch.

Catch outcomes are better in the tube world of flies for many reasons. The affection for tube-assembled flies throughout Europe, including and especially Scandinavia, is now commonplace among young and old fly tyers and fishers.

There are tube flies for skating via a riffling hitch, microtubes for carp, and other warm water fish of England cold water marble trout that are unique to the Adriatic (western) part of the river system in Slovenia.

Marble trout illustration by world-renowned watercolorist Thom Glace. The marble trout (Salmo trutta marmoratus) is an endemic fish of the Adriatic river system. Other trout species differ by their characteristic marble pattern and disproportionately large head. Because of its high growth capacity, the marble trout can reach exceptional sizes. The largest specimen caught while fly fishing is from Soča river and was 48-inches (122 cm) long and 49.5- pounds (22.5 kg) in weight. But fish as big as that one is more of an exception than the rule. The average size in the main rivers ranges from 15-to 25-inches (40-65 cm), while trouts are smaller in the tributaries, but it depends on the size of the stream. Nevertheless, without a doubt and regardless of the size, the marble trout is the most desirable fly fishing catch in European waters.

“Slovenian Salmo trutta marmoratus might be the mother of all European trouts, like the brown trout and native Spanish zebra trout. However, the European trouts could have evolved within the range of geographic possibilities and eons of time ago – likened to the ‘sourdough culture, or starter,’ as bakers refer to it.” — Thom Glace, artist/angler 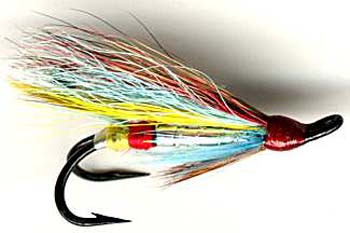 In Slovenia, a native marble trout fly fishers fly box will have modern patterns, but also those typical of English and Scottish salmon flies like the Silver Doctor shown here on the left.

Almost all of the classic Atlantic salmon flies are with two hooks and as late a the 1970s we were still advised to keep a fly box full of these two hook flies fishing Iceland. And as I recall all six of us caught all of our week’s salmon on the classic. 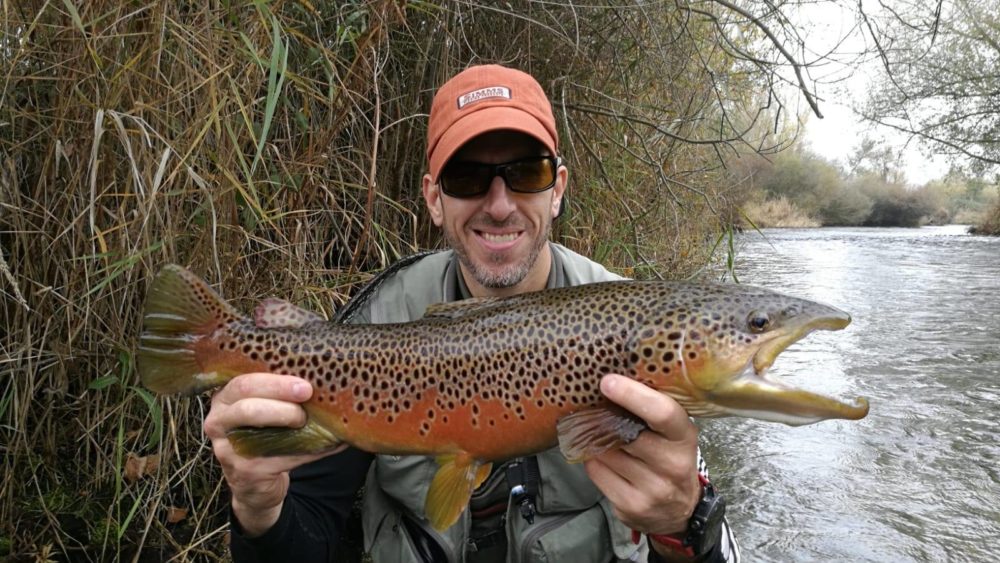