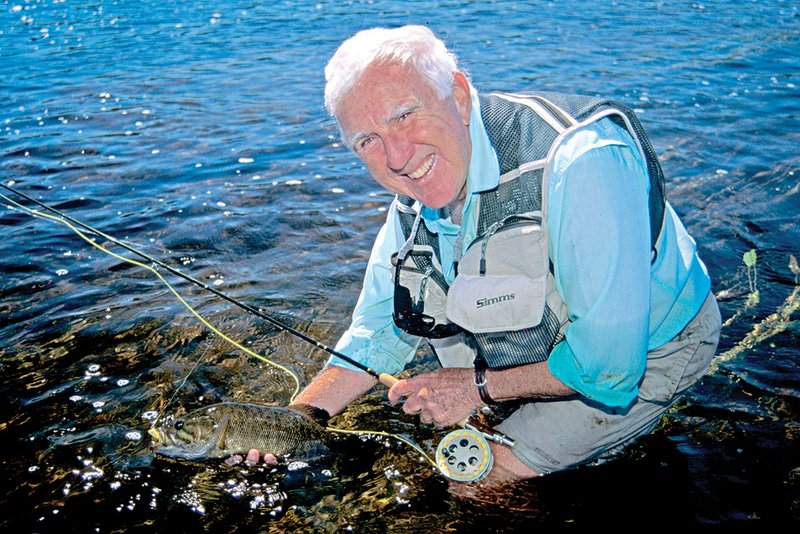 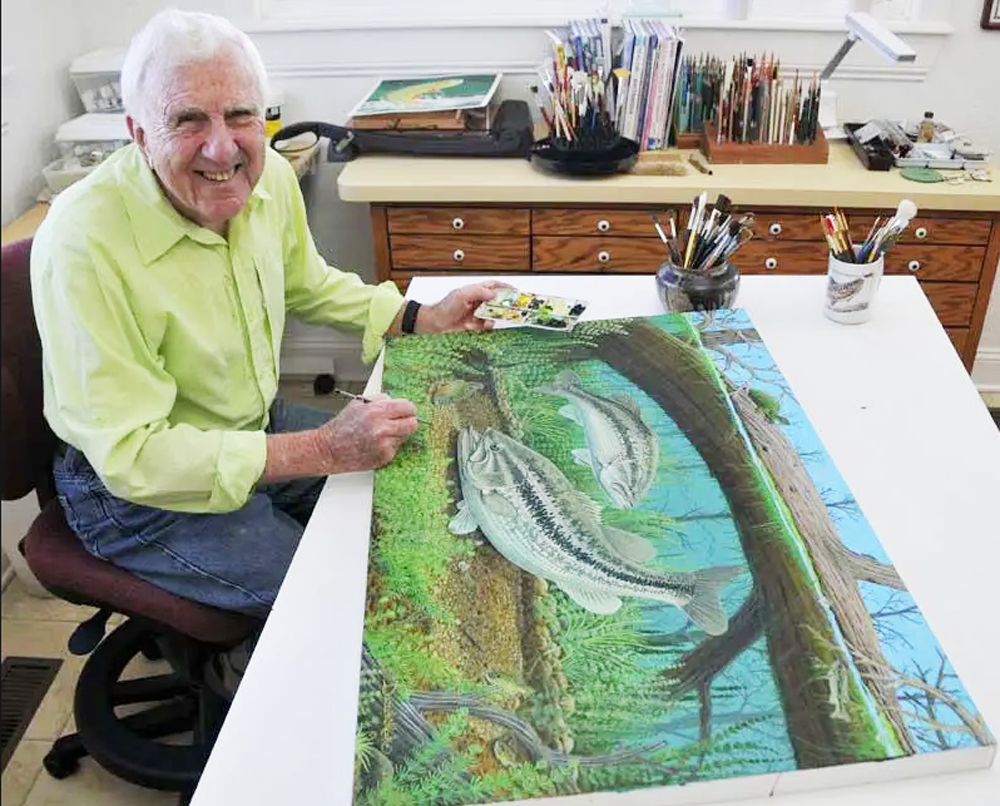 Dave, a native Oklahoman resigned his position as a research chemist decades ago, and pooled his talents in painting, illustrating, writing, photography, fly fishing, fly tying and lecturing to embark on a new career as a full-time professional in the art of fly fishing. Whitlock photo credit.

Dave Whitlock died at age 88 on November 23 in Tulsa. He was born on November 11, 1934, in Muskogee, Oklahoma. By age eight, he was smitten for life with fly fishing via a fascination with the L.L. Bean catalog. Whitlock had a long association with the company that inspired his angling: He wrote and illustrated the L.L. Bean Fly-Fishing Handbook (1983), ran the company’s fly-fishing schools in the 1980s, and consulted on the selection of the fly-fishing equipment it sold.

‘He was Everyman’s fly-fishing mentor. He made fly fishing more accessible and tore down the notion that fly fishing was a stuffy sport. He just took the pins out from under that.’ — Kirk Deeter, the editor-in-chief of Trout magazine. 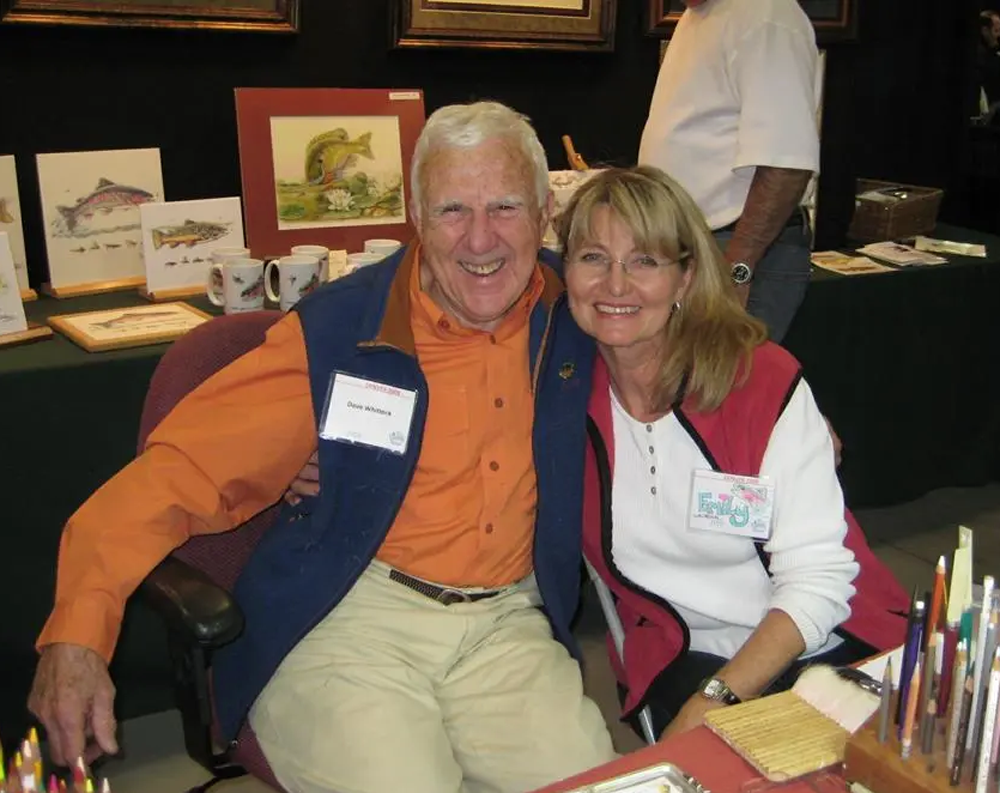 Dave and Emily combined their talents in 1991 and have lectured, instructed and fished together around the U.S. and abroad. A unique fly-fishing team, they are devoted to the world of fly fishing and conservation, both professionally and personally. Whitlock photo credit.

Mr. Whitlock illustrated former President Jimmy Carter’s book An Outdoor Journal: Adventures and Reflections (1988) and wrote Dave Whitlock’s Guide to Aquatic Trout Food (2007) and Trout and Their Food: A Compact Guide for Fly Fishers. He also illustrated Artful Profiles of Trout, Char, and Salmon and the Classic Flies That Catch Them (2020), which he wrote with his wife, Emily Whitlock.

In 2021, Mr. Whitlock, Lefty Kreh, Joe Brooks, and Lee Wulff named what Fly aFisherman called the Mount Rushmore of the sport. The magazine cited Mr. Whitlock for ‘his artistic creativity in his fly tying and his painting’; his love of teaching; and his improvements in the 1970s to the Vibert Box, an incubator and nursery for salmon and trout eggs that had been invented two decades earlier by Richard Vibert, a French fisheries researcher, to better stock streams. It is now called the Whitlock-Vibert Box. — Keith Sutton

Mr. Whitlock’s favorite fishing spots included small creeks in Oklahoma, the White River in Arkansas, the Yellowstone River in Montana, and the streams of New Zealand. He wrote about those experiences for publications, including Trout, Fly Fisherman, and Field & Stream magazines. — New York Times 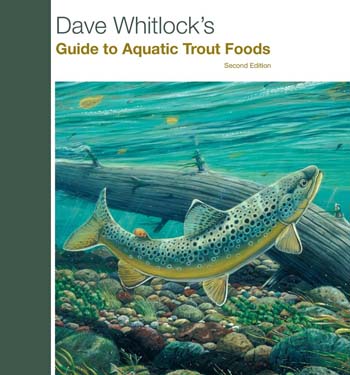 One of several books by Dave Whitlock [Amazon Books].

In the handbook, he set down rules that underscored his gentlemanly approach to fly fishing:

‘Do not crowd other anglers,’ he wrote. And ‘If you have a good spot and you notice other anglers waiting to fish it, either give up the spot after you have fished it a while or invite them to share the water with you.’ And ‘When you hook or lose a fish, refrain from loud speech, profanity, screaming or other noises that interfere with others’ serenity.’ — Dave Whitlock

Many mouse/rat fly patterns suffer unrestrained abusive takes by Alaska’s rainbows [Oncorhynchus mykiss]. Still, east of the hydrological divide of the Americas, Whitlock’s version might get more trout, and largemouth bass [Micropterus salmoides] takes than other mouse patterns, or so it seems for some of us.