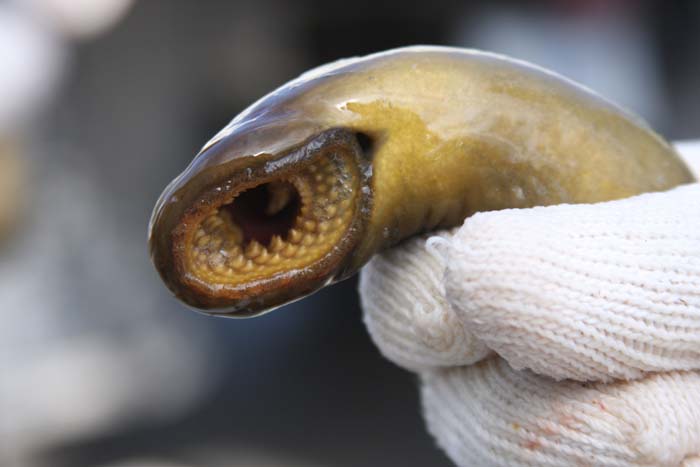 By LadyofHats [CC0], via Wikimedia Commons

Gauzy morning light leaks through dense mature oaks and maples in a square woodlot next to an Indiana farm road. It’s only a few miles from the Michigan state line, lying just below the bottom end of Lake Michigan.Right angles predominate in this place from artificial lines laid on the land. It is well-settled here, the artifices of people everywhere. Roads run over section lines straight as ribbons over low hills in near-perfect square-mile blocks. They make the checkerboard you can see from the air. On the ground, you can hear the distant drone of a brush hog, and the comings and goings of occasional cars and farm implements as people live out their day along the rim of the Great Lakes.

The backlighting of the morning sun illuminates the bugs that float aloft on the yellow beams. They remind you of dust defying gravity, caught in light bending through dirty windows. A spattering of left-over sunlight hits a tiny stream barely big enough to name. The rill, no bigger than a groove in the glacial rill gets much attention from fish biologists. This manicured site belies what’s below. Swimming in this pleasant little purl of water is an alien invader that’s become naturalized—and entirely by accident. Its existence here is as incongruous as finding ice cream in an oven.” [dropcap]T[/dropcap]he sea lamprey as its name implies is naturally at home in the salty waters of the Atlantic. But the unintended consequences of connecting the Great Lakes more directly to the seaboard for commerce via the Welland Canal essentially put the invasive lamprey in this otherwise bucolic scene.  Their invasion into the Great Lakes dates to 1829, and by the late 1930s, they populated all of the Great Lakes. A saltwater fish swims in the tiniest of freshwater upland farm creeks ringing much of the Great Lakes basin.

It’s had a real down side

The lamprey is a fish. On the evolutionary scale, it’s primitive–without scales and without bones. Its slightly cone-shaped circular mouth is loaded with rings of sharp raspy teeth. It’s a parasitic pest that makes a living by grating onto its host, sucking blood and body fluids as it clings along for the ride.

As you might guess that’s hard on a host fish.  And fish species native to the Great Lakes such as the lake trout have suffered for it.

The sea lamprey will spend 12 to 20 months in its parasitic phase in open water, killing up to 40 pounds of fish. Lake trout are not the only fish to host the invasive lamprey; steelhead, whitefish, lake sturgeon, salmons, walleye, and yellow perch often get the parasite. But lake trout populations have taken a measurable toll:  prior to the lamprey explosion in the 1950s, about 15 million pounds of lake trout a year were harvested from Lakes Superior and Huron. Ten years later, only 300,000 pounds were pulled from nets. In Lake Michigan alone, lake trout harvest went from 5.5 million pounds in 1946, to a mere 402 pounds seven years later. 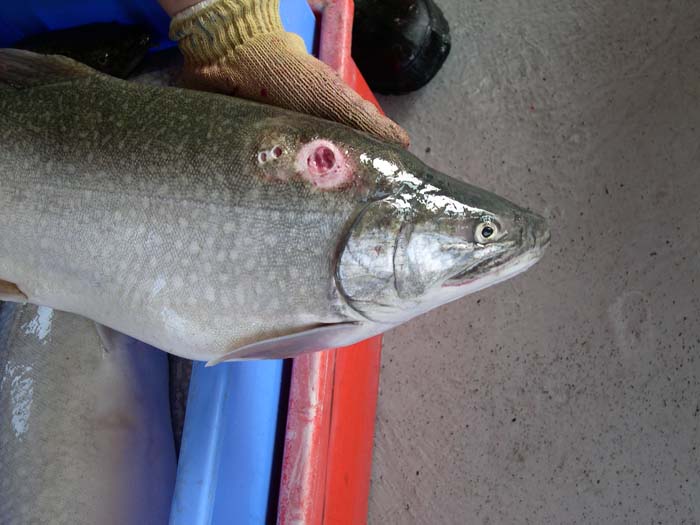 With Great Lakes fisheries devastated by invasive sea lamprey, the Great Lakes Fishery Commission directed the scientific testing of some 6,000 substances to determine what might control the damaging parasite. In 1958, the compound commonly called “TFM” proved its worth. This selective lampricide could suppress the invasive parasite while still in streams. Registered for permitted use by the EPA and Agriculture Canada, TFM has met all safety criteria for use in Great Lakes streams. Under the auspices of the Commission, U.S. Fish and Wildlife Service biologists now apply TFM in roughly 250 streams tributary to the Great Lakes, such as the unassuming rill on the Indiana-Michigan state line.

It’s not the adult lamprey sought by biologists applying TFM to streams. The adult lampreys swim into the tributaries in the spring of the year to spawn and then die.  Their eggs hatch in gravels, and the worm-like larvae move into muck to live out the next several years before turning to parasitism and moving into open lake water. The compound TFM kills sea lampreys in the larval stage. While TFM is the primary means of suppressing sea lamprey populations, it is not the only one. Barriers built across several streams block sea lamprey from moving upstream to spawn. Sea lampreys lack an ability to leap; hundreds of low-head barriers on streams across the Great Lakes basin create impassable heights and prevent sea lampreys from migrating, thus reducing the necessity of applying TFM above barriers.

The ancient Greek adage, “make haste, slowly,” applies here. A great deal of experience and much scientific experimentation has brought sea lamprey control a long way from the nadir of the 1950s. Well-trained and dedicated biologists go after sea lamprey in a measured, deliberate way. On any application of TFM, the U.S. Fish and Wildlife Service will have deployed staff with an impressive array of expertise: chemistry, limnology, fisheries science, and hydrology. The field work is physically demanding. That work is paying off. Desirable sport and commercial fisheries valuable to people are on the rebound.  But we can’t let up:  a single female sea lamprey may lay up to 100,000 eggs.

The past can’t be undone, but with science and technology, fisheries professionals can rewind it a bit. And it starts upstream, in the smallest of rills in the uplands that pour into the Great Lakes.

Lampreys (sometimes also called, inaccurately, lamprey eels) are an ancient lineage of “jawless fish” of the order Petromyzontiformes, placed in the superclass Cyclostomata. The adult lamprey may be characterized by a toothed, funnel-like sucking mouth. The common name “lamprey” is probably derived from Latin lampetra, which may mean “stone licker” (lambere “to lick” + petra “stone”), though the etymology is uncertain.

There are about 38 known extant species of lampreys. “Parasitic” carnivorous species are the most well-known, and feed by boring into the flesh of other fish to suck their blood; but only 18 species of lampreys engage in this lifestyle (more correctly known as carnivorous “micro-predation”). Of the 18 carnivorous species, nine are anadromous (some of them also have freshwater populations), and nine live exclusively in freshwater. All non-carnivorous forms are freshwater species. Carnivorous lampreys will also attach themselves to larger animals for mobility purposes. Adults of the non-carnivorous species do not feed; they live off reserves acquired as ammocoetes (larvae), which they obtain through filter feeding.