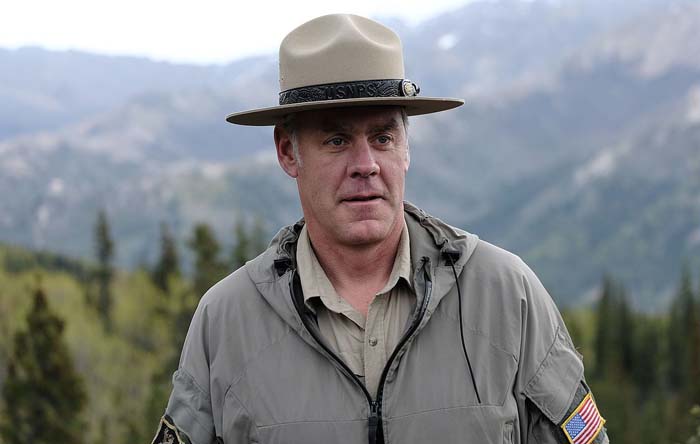 It was an unpromising start for America when Perry, Zinke, and Pruitt became Energy, Interior, and EPA. All is going as expected, badly. Image credit High Country News.

[dropcap]B[/dropcap]logger Chad Shmukler, Hatch Magazine, doesn’t beat around the bush – hint Ryan Zinke’s impropriety and betrayal trends at Interior. His headline: “More proof that Ryan Zinke is an industry stooge who misled and lied to the American public.” And doesn’t disengage in his sub-head: “It’s now more apparent than ever that opening Americans’ public lands to coal, oil, gas, and mineral extraction was the plan all along.”

Zinke, openly does for his handlers what they cannot do for themselves – Make “Their”America Great Again, but publicly comes to voters in sheep’s clothing to say he’s a friend of hunters,  fishers, and protector of public lands. — Skip Clement

Here’s a taste of what Shmukler wrote: “It is about multiple uses and multiple uses is grazing, timber management, recreation, being able to use in some places four-wheel drives.”

“As the chief steward of our public lands, it is my responsibility to ensure that these lands are used for the benefit and enjoyment of the people.”

Those are the words of Ryan Zinke, secretary of the Interior Department, in statements explaining his recommendations to vastly shrink the Bears Ears and Grand Staircase Escalante national monuments in Utah.

In the months since Zinke uttered those words and many similar justifications for the Trump administration’s illegal actions – like shrinking Bears Ears and Grand Staircase Escalante national monuments. A trove of evidence has come to light that demonstrates that Zinke knowingly and intentionally misled the public, not only about the reasons behind his decision to recommend the monuments’ reductions but also about Trump’s motivations for ordering the monument review shortly after taking office. At the forefront of deception regarding “public lands” is the lead advocate for coal, oil and gas extraction and uranium mining; Secretary of the Interior Ryan Zinke. A commons image

Facing criticisms from sportsmen and conservationists, Zinke’s above claims of stewardship were in response to charges that his recommendations to shrink Grand Staircase Escalante by 47 percent and Bears Ears by a staggering 85 percent were not, in fact, motivated by a desire to “listen to the voices of the people” as he and others had repeatedly claimed. Instead, they formed part of an effort to open up land protected inside the two national monuments to coal, oil and gas extraction and uranium mining. It was those fruits and how to get them – learned from of years of lobbying and deceitful efforts at both the federal and state levels by the fossil fuel and mining industries.