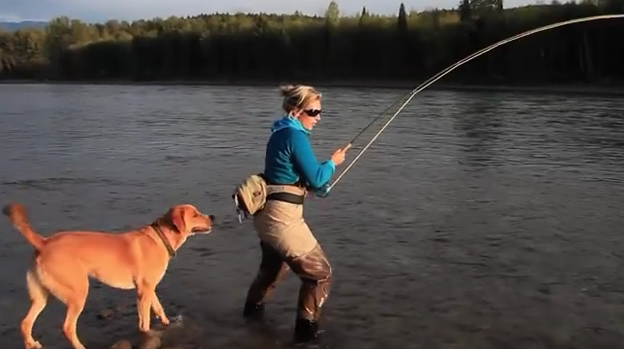 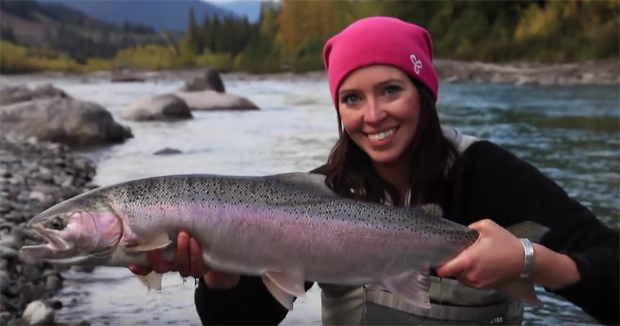 [dropcap]T[/dropcap]his  film by Fly Nation Max Films is called Skeena Steelhead on Dry Flies. It was shot on the iconic Skeena River and immediately captured our attention.

It features the first lady on Canadian fly fishing, April Vokey and her good bud Andrea Charlton. Together with their host’s (Yellow Cedar Lodge) guide, Dusty, they enjoyed a hallmark day of steelheading (17 on and 11 landed). April’s second best friend, Colby, provided security.

NOTE: The Skeena River is the second-longest river entirely within British Columbia, Canada (Fraser River is longer). The Skeena played an important role in the development of BC – especially with regard to commerce.