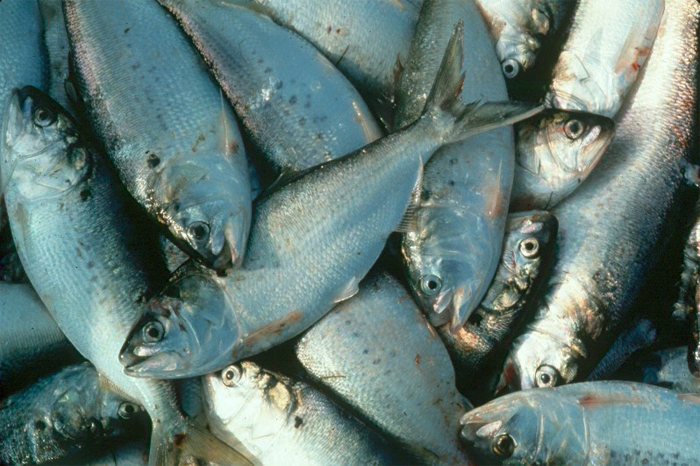 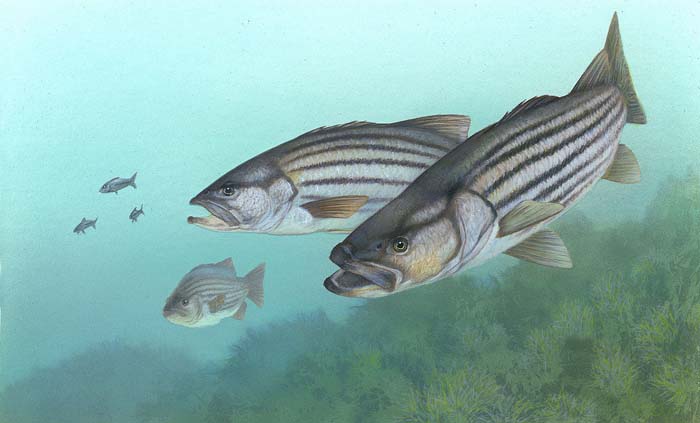 Menhaden are one of the principal prey fish for striped bass [Morone saxatilis] along the East Coast of the U. S. Omega Protein continually threatens this fish stock – selling the valuable food source to Europe for a pet food additive. Artwork by Timothy Knepp, (Public Domain via Wikimedia).

[dropcap]O[/dropcap]mega Protein is disappointed in today’s decision by the Secretary of Commerce to impose a moratorium on Virginia’s menhaden fishery. This is the first time that a moratorium has been placed on a fishery that is not overfished and is healthy by every measure.

The ruling is the result of a requested federal non-compliance review from the Atlantic States Marine Fisheries Commission (ASMFC), following Virginia’s decision not to adopt the Commission’s fishery management provision further lowering the cap on menhaden reduction harvests in the Chesapeake Bay.

The Company maintains that the 41 percent decrease in the Bay cap has never been based on science, and is unnecessary for the conservation of the menhaden fishery. Since it was first implemented in 2006, no evidence has been produced showing that it is necessary, or that localized depletion of menhaden has ever occurred in the Chesapeake Bay.

The ASMFC has previously acknowledged that there is no evidence supporting the need for a Bay cap. When Virginia initially appealed the latest reduction of the cap, the Commission’s leadership stated in its response that its menhaden Fishery Management Plan contained “no evidence to suggest the Bay Cap is necessary to protect the Bay as a nursery for other species.” When it was first implemented in 2008, the then-director of the ASMFC testified before a Congressional committee that there “was not a science basis for the cap.”

Despite this, the Commission reduced the Bay cap three times over the last 13 years, most recently to 51,000 metric tons, at the expense of the hard-working members of the menhaden fishery. These reductions have been made despite ample evidence that the fishery is sustainable. In fact, the fishery was recently certified as sustainable by the Marine Stewardship Council; the Commission itself has raised the coastwide quota 3 times since 2015, indicating that there is a broad consensus about the health of the fishery. 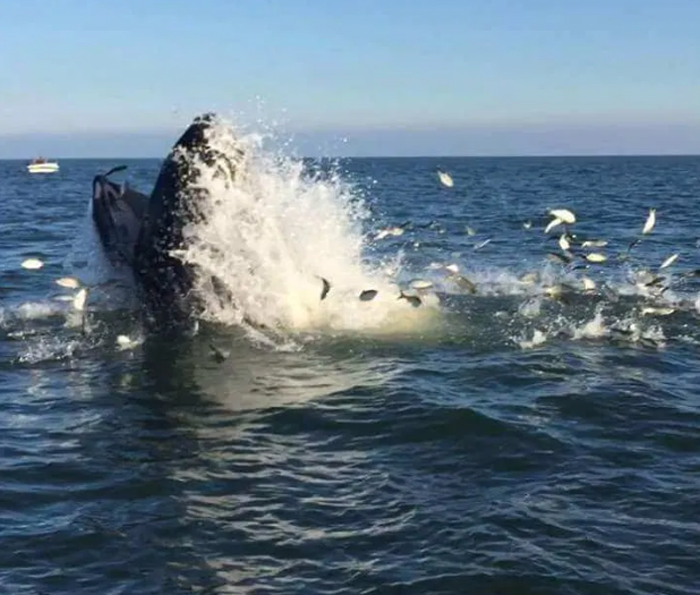 Omega Protein has historically supported the Commission process and respected the decisions of the ASMFC. However, the company remains firm in its belief that fishery management should be based on science, not on politics.

In response to this decision, Omega Protein will work with both the ASMFC and the Commonwealth of Virginia to lift the moratorium and bring the fishery back into compliance. The Company looks forward to working with the Commission in the coming months as we move toward ecosystem-based measures, and will continue to support science-based fishery management and a healthy menhaden fishery.

The Company operates seven manufacturing facilities located in the United States, Canada and Europe. The Company also has a long-term supply contract with Ocean Harvesters, which owns 30 vessels which harvest menhaden, a fish abundantly found off the coasts of the Atlantic Ocean and Gulf of Mexico. The Company’s website.

All fishing vessels formerly owned by Omega Protein are owned and operated by Ocean Harvesters, an independent company.