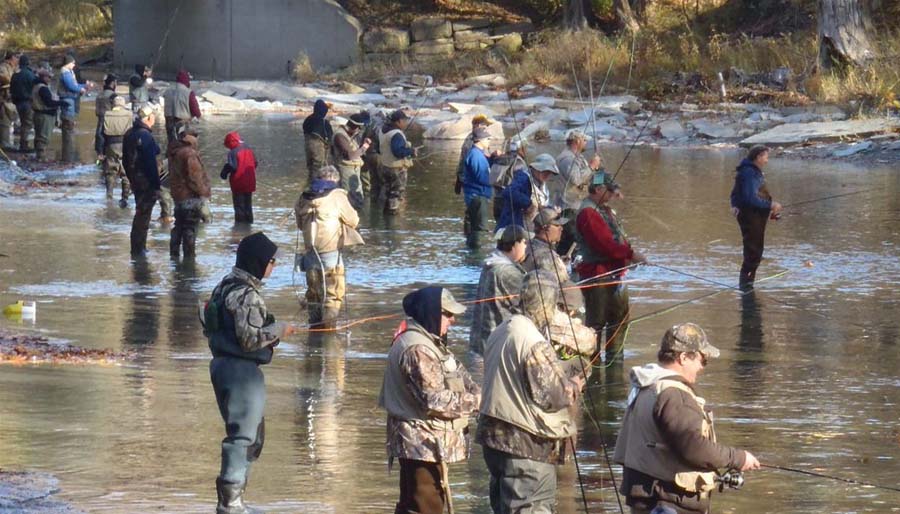 We got what we wished for, more people out of doors, but uh oh

American Rivers volunteers clean up a Pennsylvania river after the thoughtless trashed it. Photo by John Hayes [see  Featured Image].

Update: Take a crap anywhere, leave fast food wrappers on the ground, and throw birds nest monofilament in the water. Is this the new crowd coming to a pristine river near you?

COVID 19 has demanded isolation and social distancing. It also triggered many folks getting their blanket wrapped Winchesters from the closet, dusting off the Old Town Canoe in the garage, buying a new Henry Fy Rod and Reel, and all the accouterments thereof, and what the heck, let’s refurb grandpa’s old Airstream RV and visit the state and national parks.

The sales results in the nations fly shops is that times have never been so good. At least not since the movie A River Runs Through It [1992] captured the art of fly fishing as a religious experience bringing one together with their higher power.

And the objective of this new rage, escape the virus – head for the rivers and streams, fields and forests. And what the heck, with our re-habed RV head for public lands.

According to the likes TU, national parks, state parks, and affiliated agencies

COVID caused a Gold Rush-like fever to get out of doors. Public lands and riverine properties in the US, Canada, Europe, New Zealand, and Australia inundated to the point that it’s causing unsustainable property damage, habitat loss, and trash deposits left by those who don’t leave public lands cleaner than when they arrived.

An influential voice in US fly fishing, Kirk Deeter says too much good for business has been bad for nature 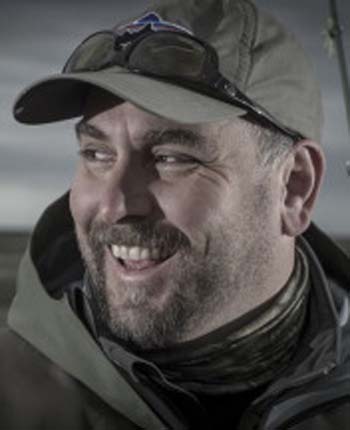 Kirk Deeter is the editor of TROUT magazine published by Trout Unlimited. He is also an editor-at-large for Field & Stream, and the editor-in-chief of Angling Trade. A lifelong angler and writer, he has produced award-winning stories from the tip of Tierra del Fuego in Argentina, to north of the Arctic Circle in Russia. He lives in Colorado.

Deeter: Despite soaring outdoor recreation use levels, discussion of impacts has often been downplayed, denied, or deflected by almost everyone, including users, commercial tourism operators, conservation organizations, and government agencies that are supposed to manage resource protection.

After a year like this, when public lands and, and all government agencies could do was engage in triage and try to minimize the damage, will discussions of limiting use to protect resources and maintain quality experiences finally start to happen?

The answer is not to build larger parking lots at boat put-ins and take-outs.

Good news: As we clearly projected at the onset of the pandemic, people—especially families—have gravitated to water these past several months, and they continue to do so, in greater numbers than any of us have seen in our lifetimes. More people are fishing… license sales prove it, but the eye test on any lake or river will tell you that also. More people are buying “stuff” from dealers (when dealers can get the stuff from manufacturers). In theory, there’s a vast, newly-formed army of newbie river lovers who can potentially be consumers and stewards of the resources. All wonderful, right?
Bad news: The rivers are getting the living snot pounded out of them, everywhere, every day. One guide friend (who asked to remain anonymous) told me he was shoving off to fish with clients at 5:30 am, just to stake out a spot. In rural Colorado. On a weekday. In October. That’s bogus.

Will filling up the wilderness leave it empty? . . .