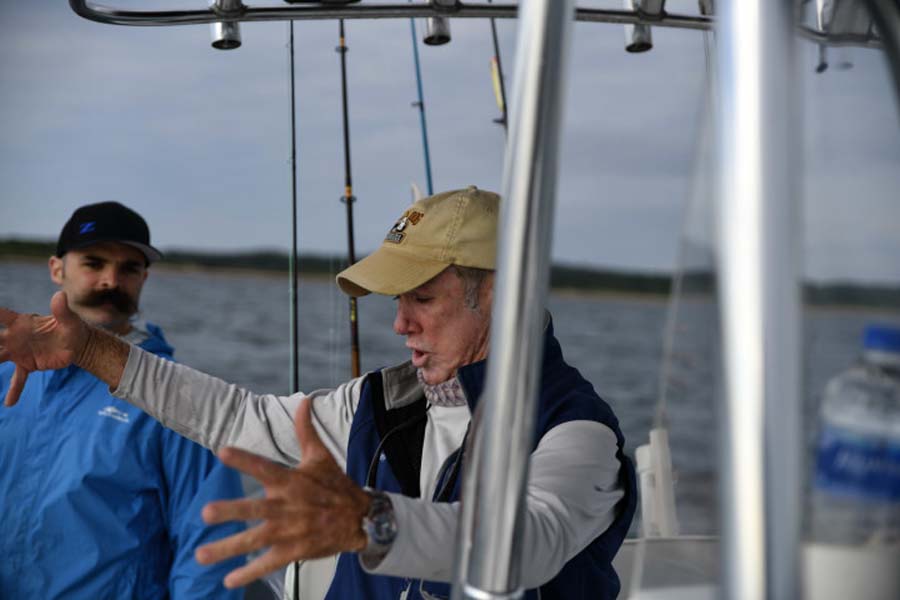 A man for all seasons: Capt. Paul Dixon and his sixth sense 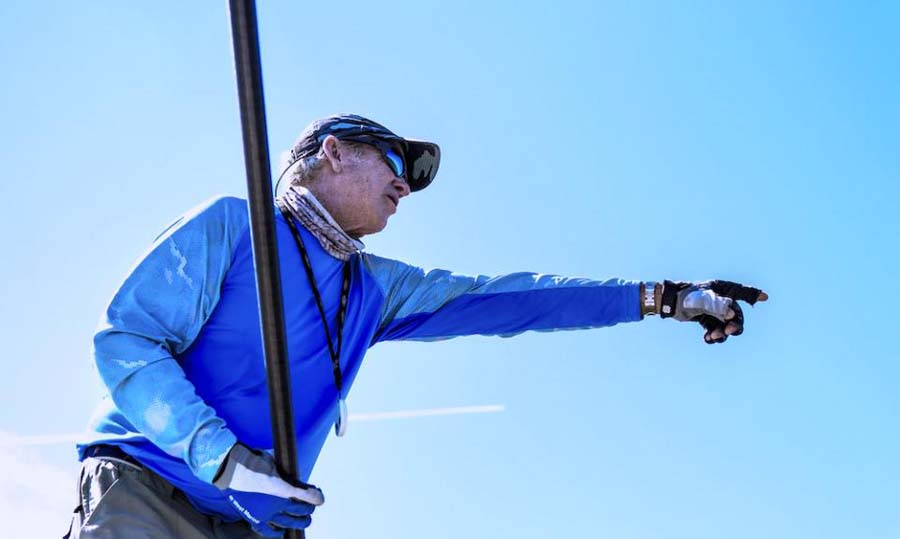 Paul Dixon is comfortable on the water where there are tarpon and bonefish, or stripers and albies – the sun never sets in his mind’s eye. Here, he’s alerting a client. “There they are. Get your arse up here, now.” Photo James Manning, East Hampton Star.

Renowned captain, Paul Dixon, has divided his distinguished, 30-year guide career between the striper flats of Montauk and the bonefish, permit, and tarpon waters of the Florida Keys. Paul is one of the most sought-after guides in these hallowed waters. He is being recognized for his innovations and conservation work as the recipient of this year’s Isaac Walton Award from the American Museum of Fly Fishing.

“There is a sixth sense required to guide and Paul has it in spades.”

Photo courtesy of James Manning. Even Paul remembers the one that got away being bigger.

We want to congratulate the legendary Paul Dixon on receiving the 2021 Izaak Walton Award from the American Museum of Fly Fishing! A California native, Paul burst onto the fly-fishing scene in the early 1990s when he brought the first flats skiff to the Hamptons and Montauk. Paul was among the first to discover Long Island’s striped bass flats fishery and since then has spent decades fine-tuning his craft between the Hamptons and South Florida. Also, he has been a great advocate for conservation, spending countless hours in service of Bonefish & Tarpon Trust, the American Saltwater Guides Association, the Atlantic Salmon Federation, and other organizations.

“Paul has mentored more guides than anyone else I can think of. Considering most of them were his clients first, that is a lot of giving. His enthusiasm is boundless and hasn’t wained in the 30 or so years I have known him.”

Paul Dixon is indeed a worthy Izaak Walton Award honoree. Andy Mill, Nick Curcione, and Bob Popovics will join Paul on March 11, 2021, at 7 p.m. EST for this live stream event that you won’t want to miss! The silent auction will include a day of fishing in Florida with Paul and Andy – a priceless opportunity to be popular. For more information, please contact Sam Pitcher.

Read More at the American Museum of Fly Fishing . . .

NOTE: Derr and Dixon go back to the Keys guiding days in the late 90s and now they are fellow guides on Long Island, New York. Derr, at one time [early teens of this century] was editor, then publisher of this magazine.