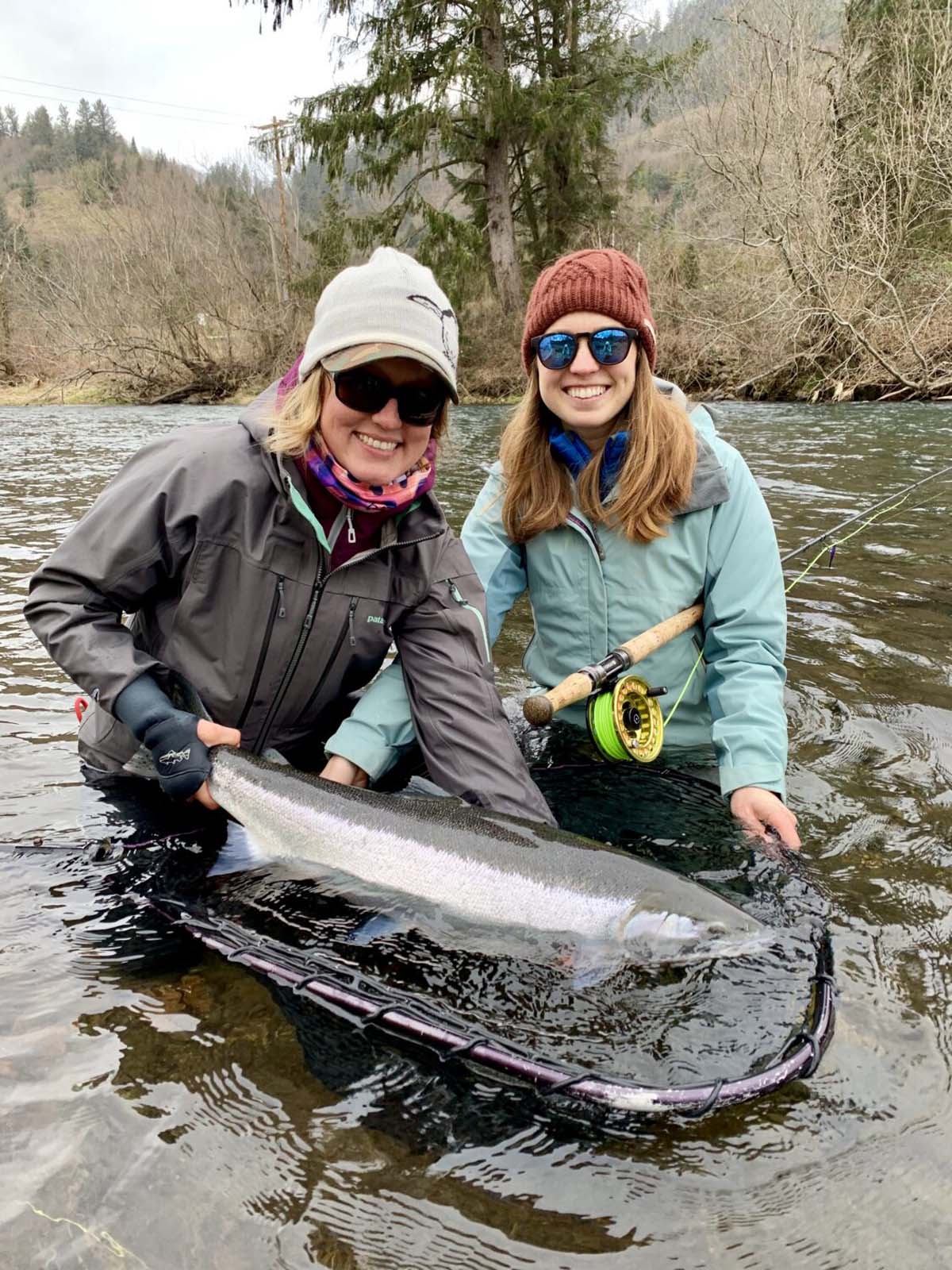 Kate Crump two handing in search of wild salmons and being coached by the onlooking professional guide. Photo by Rich Crowder. 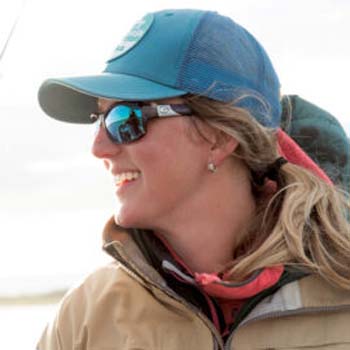 The owner of Frigate Adventure Travel on salmon conservation, sharing meals, and using what moves you.

By this time of year, Kate Crump has usually had a month or two to decompress between guiding in Alaska’s Bristol Bay and winter steelhead season at her Oregon fishing lodge.

This year, no break. That’s because Crump—an intensely busy fishing guide, forest activist, brand ambassador, and owner of Frigate Adventure Travel—added one more responsibility, as the new owner of a lodge on Alaska’s Naknek River. She’ll be welcoming new guests here starting in June 2022. And that means she’s socked away in Bristol Bay all winter, navigating cabin retrofitting in subzero conditions.

“There are a lot of complications,” Crump laughs. “Like how do you get a cabin warm enough at negative nine to get the paint to dry?”

The payoff is what has driven Crump’s entire career in angling: sharing wild rivers with guests. These connections can change lives, Crump says, and they can also save these special places.

“One of the best ways to get people to take action, obviously, is by taking them into the wild, onto these rivers,” she says. “Then we come home and literally break bread: share a meal, take it all in together, and solidify those connections through reflection.”

Now, as a Wild Salmon Center Ambassador, Crump hopes to break through some of the “noise” that she says can gum up unified action in the angling community, too, including on the rivers of Oregon’s North Coast where she’ll be guiding steelheading trips this winter.

“It’s a no-brainer for me to use my position to spread the word,” Crump says. “Salmon conservation isn’t political. There is room for all beliefs in this work, because when it comes down to it, you can’t argue with clean water.”

Below, Crump shares more about her fly fishing journey, including the magical day that launched her work as a Wild Salmon Center Ambassador. 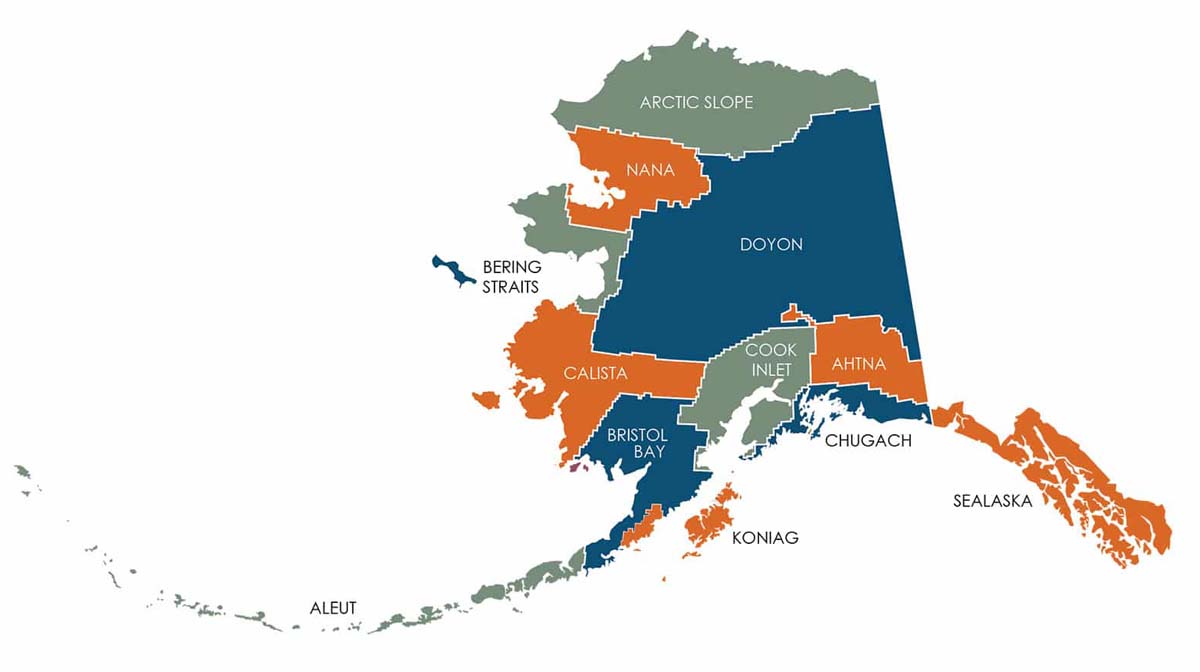 The boroughs of Alaska. A commons image.

Kate Crump in her own words:

We love to host people, share places. Our guests take it all in, but I think it really hits their souls later—at the end of the day or even later. I get messages from people post-fact with those thank yous.

I’m on the water all the time, so I forget I’m bringing people to places where they never go and never would, unless we take them. I forget how little time people truly spend in nature. It’s so good for us to have those moments.

I grew up on a farm on the East Coast and always loved the outdoors. I came west and fell in love with Washington, and the rain. Something just told me it was home. Shortly after moving here, my friends took me salmon fishing. Again, I knew that I was home—that I’d be doing this for the rest of my life. I didn’t even catch anything! I was just standing in this crystal clear river, surrounded by old growth and schooling fish.

I’ve spent a lot of time without clarity in my life. So those few moments of clarity were so intense, I listened to them

I’m so grateful for them. Between those moments, there were a lot of clouds. I wouldn’t want anyone to think that I’ve always had clarity. I certainly never thought I’d be guiding in Alaska, or owning a lodge. Two lodges! What happened was, I worked in a fishing shop for many years and got tired of hearing everyone’s stories about brown bears and big rainbow trout. I wanted my own stories.

Alaska’s sockeye constitute the world’s greatest run of salmons. The sockeye salmon [Oncorhynchus nerka] is an anadromous species of salmon found in the Northern Pacific Ocean and rivers discharging into it. This species is a Pacific salmon that is primarily red in hue during spawning. They can grow up to almost 3-feet in length and weigh 5- to 15-pounds. Juveniles remain in freshwater until they are ready to migrate to the ocean, over distances of up to 1,000 miles. Their diet consists primarily of zooplankton. Sockeye salmon are semelparous, dying after they spawn. Some populations, referred to as kokanee, do not migrate to the ocean and live their entire lives in freshwater. Johnny Armstrong photo for Wild Salmon center.

With activism, my first aha moment was when I came to Bristol Bay to be a fishing guide. See, when I first started fishing, the Skagit was open, and it was epic. Then shortly after I started, it closed. In Alaska, I saw what the Pacific Northwest was once like: the pristine rivers and thriving runs. I saw what we had lost. And then, when I learned that a giant corporation wanted to take that away in Bristol Bay, it infuriated me.

The entire nation can see what we did wrong in the Pacific Northwest, so it blew my mind that we would even consider making those same mistakes in Alaska. That is what spurred me to take action. — Kate Crump

I had been working on the Defend Bristol Bay campaign since shortly after I started guiding in Alaska 13 summers ago. I had heard about Pebble Mine and realized there was a way for me to use my voice on this issue. I worked with Dr. Sam Snyder in several instances, so when Wild Salmon Center brought Sam onto the team, I was naturally very supportive.

Read Stronghold: One Man’s Quest to Save the World’s Wild Salmon – July 23, 2019 by Tucker Malarkey

Join the Wild Salmon Center and stay focused on keeping our salmons wild . . .