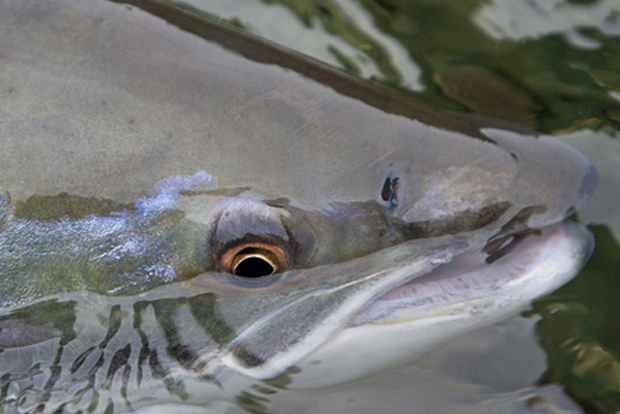 Where do Pacific salmon go in the ocean?

Contrary to earlier beliefs, many salmon from North American rivers roam far at sea in the North Pacific Ocean and the Bering Sea. Atlantic salmon migrate, principally, to Greenland.

The oceanic distribution of the salmon is dependent upon the species and point of origin. Sockeye and chinook salmon from northwest Alaska, for example, may migrate across the Bering Sea to areas close to Kamchatka, Russia, and south of the Aleutian Islands into the North Pacific Ocean; the sockeye also migrate eastward to the Gulf of Alaska. Salmon such as the pink, chum, and coho from central and southeast Alaska, British Columbia, and Washington State, migrate out into the northeastern Pacific and Gulf of Alaska. Many steelhead trout from Washington and Oregon are known to migrate far at sea to areas off the Alaskan Peninsula. Some salmon migrate several thousand miles from the time they leave the rivers as juveniles until they return as adults. A chinook salmon tagged in the central Aleutian Islands and recovered a year later in the Salmon River, Idaho, had traveled about 3,500 miles; a steelhead trout tagged south of Kiska Island (western Aleutians) was recovered about six months and 2,200 miles later in the Wynoochee River, Washington.

It is the landlocked subspecies of a sockeye salmon. The kokanee spends its entire life in fresh water and usually does not attain the size of its sea-migrating cousin 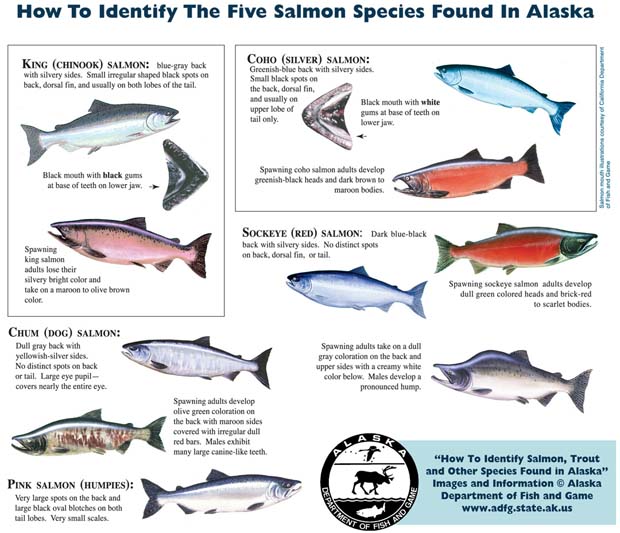 Yes. This phase of their life history is the same as their seagoing relatives. Kokanee, or silver trout – no IGFA records. These salmon are from several parent species of salmon.

How large do salmon get?

Chinook:
Weights of 100-pounds and slightly over have been reported from European countries for the Atlantic salmon; the record for the largest of the Pacific species, chinook, is 126-pounds for a fish caught on commercial gear in Alaskan waters.

What is the oldest known age of salmon and steelhead?

Is a steelhead a salmon or a trout?

The steelhead is a rainbow trout that migrates to sea as a juvenile and returns to fresh water as an adult to spawn. Unlike the Pacific salmon, the steelhead trout does not always die following spawning and may spawn more than once and return to the sea after each spawning.

How old are salmon when they migrate from fresh water to the ocean?