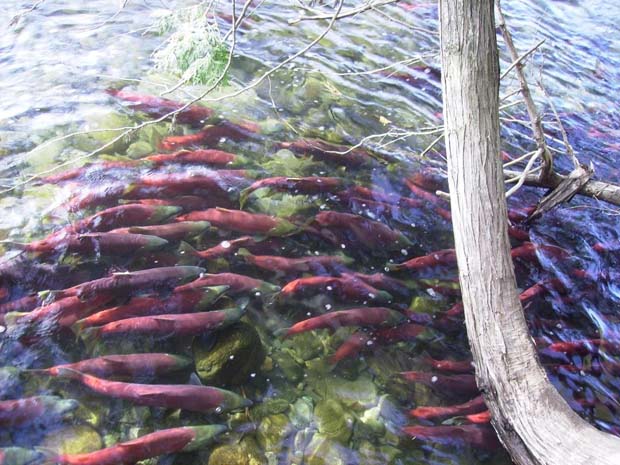 Wednesday Fish Facts: Do all fish depend heavily on the sense of smell? 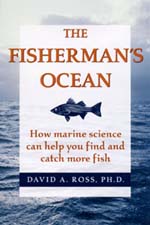 The Value of a Sense of Smell

[dropcap]F[/dropcap]ish often depend heavily on smell, such as when the water is too turbid or dark for their vision to be effective. In general, fish that feed in dim light or at night have a well­-­developed sense of smell. Open­-­ocean predators and daytime feeders often have a limited sense of smell, and may depend more on sight or some other sense to find food. Bottom­-­dwelling species, which live in a low­-­light environment, often have acute sensing abilities. Fish with a good sense of smell—anglers often call such fish “nose sensitive”—generally prefer natural baits over artificial lures. Many fish use their sense of smell to find and identify food, then use their sense of vision to locate food and their sense of taste to determine if the food is edible.

Some fish can detect scent emitted by other members of their species, an ability that may be important in schooling behavior. Several species of fish communicate with other members of their species via chemical odors. For example, these fish may emit pheromones (a type of chemical compound) that can attract members of the opposite sex for mating or influence other types of fish behavior. When fish feed, they often excrete urine and feces, and the odors in these waste products may lead other fish to the food source. Some species of fish emit odors that indicate danger when they are attacked, injured, or frightened. Minnows release an odor when attacked or injured that causes other minnows to flee or disperse. When the skin of certain species of fish is damaged and torn (as by a predator), a scent is released from the injured cells, which will cause an alarm or a fright reaction among nearby fish. These fish may flee for cover, rapidly swim away, stop swimming and freeze, or close ranks and tighten up the school. As a fishing tactic, some anglers cripple or wound live bait and toss it in the water, with the expectation that its irregular movements will attract predators. This assumption is probably correct, but the wounded fish may also release odors that tell other fish to stay away.

A few fish species, such as Pacific salmon, migrate literally hundreds to thousands of miles to reproduce, often returning to the stream in which they were born. The last part of this journey is strongly influenced by the fish detecting and recognizing the odor of their natal stream. Scientists have confirmed the importance of smell in this process by marking the waters in a hatchery with a specific chemical and then releasing the fish, which migrated to the ocean. After the fish spent a year or more in the ocean and were due to spawn, scientists added the same chemical to a different stream along the fish’s migration path. The hatchery fish imprinted with the specific chemical went up this stream thinking it was their birth stream.