[dropcap]M[/dropcap]any fish have the ability to sense polarized light, though it’s not completely clear why they have this ability. Light in the ocean can be polarized when it is reflected off some surfaces. (Polarized light vibrates only in one plane; ordinary light vibrates in all directions perpendicular to its direction of travel. Birds and insects also have polarizing vision; humans do not.) 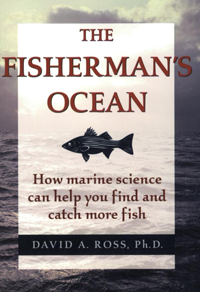 One speculation is that fish use their polarizing vision during migration. A fish with polarizing vision could orient itself to the sun and navigate, even on cloudy days. Fish such as salmon may use this ability in their migrations. Because many objects polarize light, including fish scales, there can be a biological advantage in recognizing such objects, especially when they are sources of food. In general, fish that have polarizing vision can enhance the contrast between nearly transparent prey and their surroundings. Flies that reflect light may be more attractive to such fish. Some marine species (squid are an excellent example) have polarizing vision that allows them to see creatures such as plankton, which are often transparent under normal light. Another speculation is that fish with polarizing vision may be able to detect objects farther away, perhaps as much as three times farther away, than fish without such an ability. If this assumption is correct, it could explain why some fish are able to feed under poor light conditions.