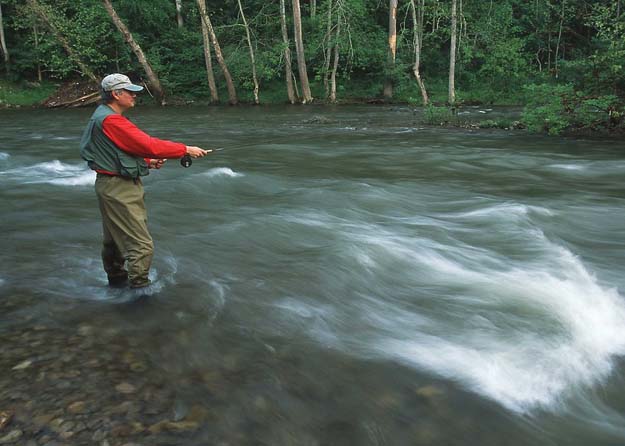 What’s in a name, Euro nymphing and techniques

[dropcap]L[/dropcap]ike many things in fishing and especially in fly fishing, the origins of knots, flies, angling techniques, and new destination discoveries occasionally get lost in the shuffle. Usually, the author crowned is a celebrated personage – not the originator. Sometimes it’s just an obscure revelation or tweak of no importance, but sometimes it’s plain old shoplifting.

For example, one of the knot staples of fly fishing is correctly called the Duncan loop, after Norman Duncan who developed it independently as a fishing knot in the early 1960s. In polite company, it is oft said that it was “popularized” by Vic Dunaway, an editor at the Miami Herald. He never quite recanted for shoplifting – calling it “his” Uni-Knot in a 70s book and prior articles in the Herald, but along the way admitted learning the knot from Duncan.

Another example is the Belgium Cast, the most useful cast in hurricane winds – is not the Belgium Cast because it was invented by an Austrian riverkeeper by the name of Hans Gebetsroiter. His clout, compared to Charles Ritz (Yes, the famous Parisian hotelier) or the man who brought it to America post-WW II during competive casting events, Albert Goddart, was nil. Goddart, a Belgian, and the fact that “Gebetsroiter” does not roll off the tongue lyrically were obstacles. The U. S. press settled the matter; “Belgium Cast.”

Today, Czech Nymphing, although modified from the Pole, Wladyslaw Trzebunia, who invented the technique (actually inherited it from his father), remains another aberration Fly fisher nymphing the South Fork of the Holston River in Tennessee. The image is public domain.

So, what is this style of nymphing? Think, searching the bed of the river

It’s pretty simple. A weighted fly or flies, cast upstream, fished along the bottom with the rod parallel to the surface – pulling the fly faster than the current and repeat. Tenkara fly fishing adherents so close to that nymphing technique that I fear they may have discovered it, serendipitously, ages ago?

Learn European nymphing techniques in a nano second. Team USA learns nymphing (see video), a is short distance fly fishing technique, Czech nymphing is also short-distance fishing but with two or three nymph flies of various weights, and then there is Kelley Galloup’s two fly rig. There are endless versions of “European nymphing.” All are tweaks and Much Ado About Catching More Fish.

Trout feed 70% of the time on the bottom