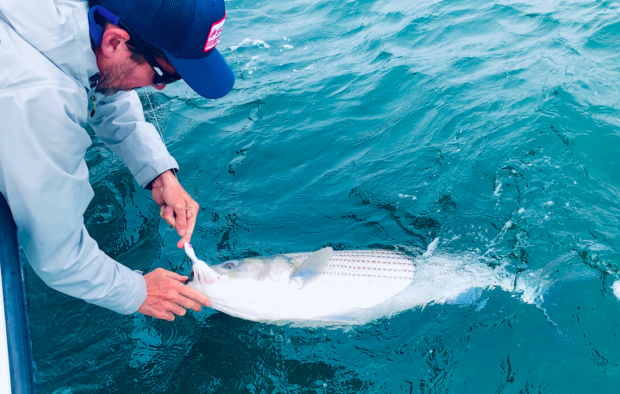 Witek: You can’t catch fish that aren’t there

By Charles Witek for One Angler’s Voyage

[dropcap]T[/dropcap]he striped bass debate will hit one of its short-term milestones on August 8.

On that date, the Atlantic States Marine Fisheries Commission’s Atlantic Striped Bass Management Board will meet in Alexandria, Virginia, to decide whether and how to move forward with an addendum that addresses the benchmark stock assessment’s finding that the stock is both overfished and experiencing overfishing.

Right now, it seems extremely likely that the Management Board will make a serious effort to end overfishing, although it also seems all too likely that it will also ignore the management plan’s injunction that it “must” rebuild the overfished stock within ten years. 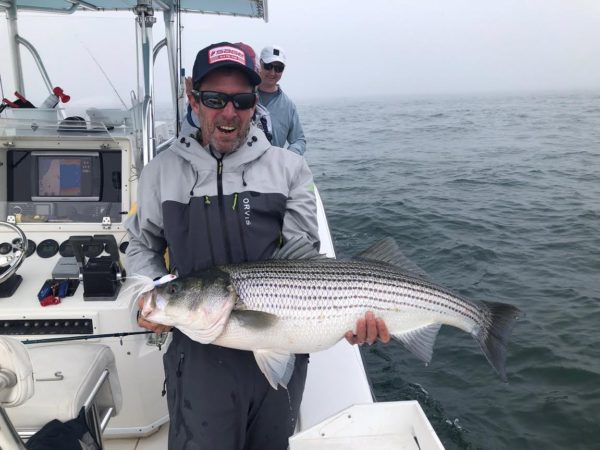 The striped bass debate will hit one of its short-term milestones on August 8. Captain Andrew Derr photo.

While, under the management plan, it should be taking both actions right now, we should note that even ending overfishing has become a controversial issue, with some Management Board members arguing that standards should be relaxed in order to allow a higher annual kill and smaller spawning stock biomass. One of the most vocal proponents of allowing more harvest has been Michael Luisi, a fishery manager from Maryland, who has claimed that

“A half an inch [reduction] in minimum size could mean a lot to our fleets, our charterboat and recreational fleet; more to the charterboat community.”

He has also claimed that

“There has been a great deal of hardship in Maryland. The commercial charterboat captains have gone out of business as a result of the actions that have been taken [to reduce fishing mortality].”

In support of his constant efforts to increase striped bass landings, Mr. Luisi has argued that his state’s charter boat fleet has been particularly hard-hit by fishing mortality reductions because

“One of the reasons for those impacts to the state of Maryland is the lack of variety of other fish to target. The charterboat industry has been built around striped bass fishing. We don’t have the same opportunity given the proximity of Maryland’s portion of the Chesapeake Bay to the ocean. We don’t have the variety to bring people in.”

He told other members of the Management Board that

“If you’re not catching striped bass you can move on to another species, it is just not available for us…”

It’s an interesting argument, because it underlines something that has become more and more true as a number of recreationally-important fish stocks decline, and some, for all practical purposes, disappear: You can’t catch fish that aren’t there, and it’s very hard to maintain a viable recreational fishing industry with a shrinking handful of species.

In the long term, a healthy industry depends on healthy fish populations.

Yet abundance often seems like a bad word to members of the charter boat fleet, who often show up at hearings to oppose needed regulation and demanding things be kept at the status quo. At the same time that some charter boat operators are demanding more—or, at the least, not fewer—fish for their customers, their opposition to science-based regulation ignores the effects of dwindling fish stocks on their fleet.