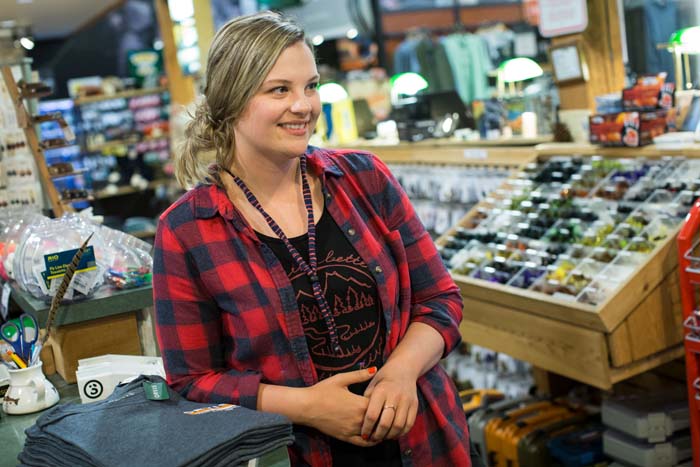 Women fly fishing guides: Where are they? 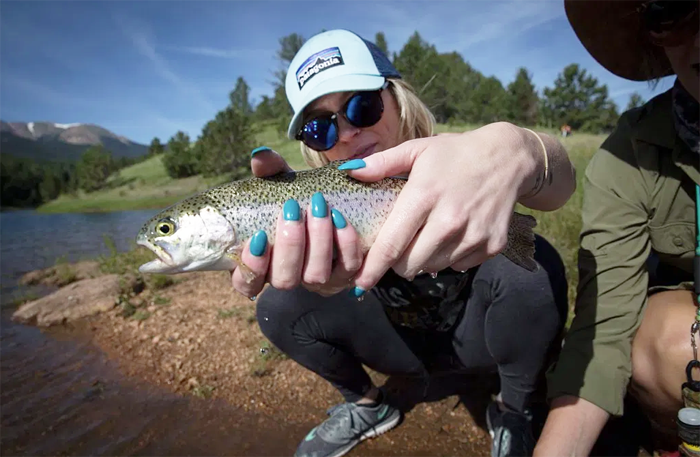 [dropcap]T[/dropcap]here’s nothing to suggest that a woman fly fishing guide is less caring about your well-being, less rugged, less skilled at fly casting, less capable of fly tying, or less informed about where the fish are in her home waters than a male guide.

Women, BTW, represent the fastest-growing demographic in fly fishing, comprising about 31% of the 6.5 million American fly anglers, according to the 2017 Special Report on Fishing.

The next question, where are the female guides? 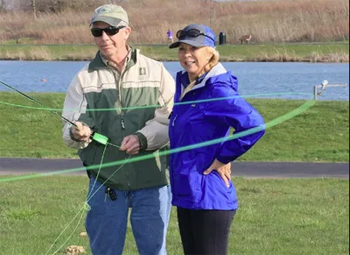 Wanda Taylor has the magic touch when it comes to teaching fly casting. She can remember her thought processes in every stage of her learning – a remarkable thing because no one else I know can remember those difficulties. She connects immediately with clients. Taylor photo.

There is no shortage of fly fishing women in South Florida who can fly fish with the best, and many are in Steve Kantner’s popular new book Fifty Women Who Fish like Diana Rudolph [since moved out West], Sue Cocking, Roberta Arostequi, Glenda Kelley, Cindy Russell, Marcia Foosaner, and Becky Wright.

Most of us who fly fish as a matter of addiction know or know about high-end women fly fishing guides with perhaps April Vokey the most visible and notable followed closely by Jen Ripple [not a guide], the brains behind DUN Magazine and maybe a couple of dozen more, but not much more.

A friend and oft-times fly fishing partner, Angie Roth; a former high profile “courtroom” lawyer, then judge, responds to comments in prosecutorial terms if she is predetermined to defend a position she holds dear, one in which she disagrees with you, but that could be anything, like the best way to make a pancake batter.

Angie responded to my comment about where are the female guides by saying. “You cannot possibly tell if they are women because of the body distorting chest waders, bulky shirts, sunglasses, and floppy hats.”

My reply was short and got no response. I said sorry Angie, I’ve been programmed to spot a woman from a mile away and after 80 years I’ve gotten good at it. It’s just like the ability to detect an alcoholic family member trying to mask their inebriation – spotted in a nanosecond from a hundred yards away. It’s how they walk and carry themselves, and odd attention to their surroundings.

Spotting a female guiding or fly fishing has nothing to do with on stream attire or casting, but it is about their gait, how they approach hazards if freshwater fishing, how they walk, how they inadvertently touch their face and hair, and their interaction with another humankind always being more caring and thoughtful than a man, generally.

What triggered these thoughts about women guides?

A story by Alison Borden of Colorado Public Radio titled How Do You Hook More Women On Fly-Fishing? Get More Women Guides In The Rivers With Them and Angie spending the night and reading Steve’s book Fifty Women Who Fish and then deciding that 1:00 am was a good time to wake Larry [my cat] and me so she could tell me that Wanda Taylor was not mentioned in Steve’s book.

Here are some points made about women and guiding in Colorado

Colorado is a kind of heaven for fly fishing. Pristine mountain lakes and miles of rivers and streams are stocked with fish. It’s easy to picture fly fishers in their waders, snapping a line to and fro.

If Kaitlin Boyer has her way, when you think about that scene, it’s not just men on the water.

On a recent morning, after a quick drive up the Pikes Peak Highway, Boyer, a certified fly fishing guide, led her client — also a woman — to the perfect fishing spot on a bank of the South Catamount Reservoir.

Rachel Leinweber is the GM at Angler’s Covey in Colorado Springs. She’s also a guide and welcomes any opportunity to introduce women to fly fishing. Hart Van Denburg/CPR News.

For Boyer, standing on this reservoir with the rugged west side of Pikes Peak in the background and the gentle sound of flies buzzing and fly rods swishing, it’s another day on the job. But she knows that being a woman sets her apart.

“Women are getting so into fly fishing. It’s the fastest-growing demographic in the sport that there are not enough female guides to accommodate them. Just in this region, there’s only a handful of female guides.”

Boyer’s client, that day on the river, Lauren McKenzie, is one of several women who’ve told Boyer they prefer to learn from other women. McKenzie says she wouldn’t have booked this tour with a male guide.

And yet, when Boyer got her fly fishing certification at Colorado Mountain College in Leadville in 2017, she was the only woman in the class. And the following year, again the class had just one woman, Robin Schmidt.

If I were to change anything about the program, that was it,” Schmidt said. “That I wouldn’t be the only woman in the program. I mean, it was a little lonely.”

Boyer and Schmidt bonded over that loneliness. When Schmidt was enrolled in spring 2018, Boyer visited her during the intensive six-week program, where students learn everything from reading the water to identifying insects, to running a guiding business.

We’d go out to dinner and talk, and she just kept saying, there has to be something we can do to get more women in this program,” Boyer said. “And she would not let that go.”

Ultimately, they decided to create a scholarship for other women fly-fishing guides. They started fundraising and worked with the college staff. Orvis, who recently launched an initiative aimed to get more women on the water, donated two packages of gear each worth $2,300.

Schmidt credits not only Boyer but women at the college and in the industry for the way that they came together to make this happen.

It’s just been an amazing story of women supporting women,” she said