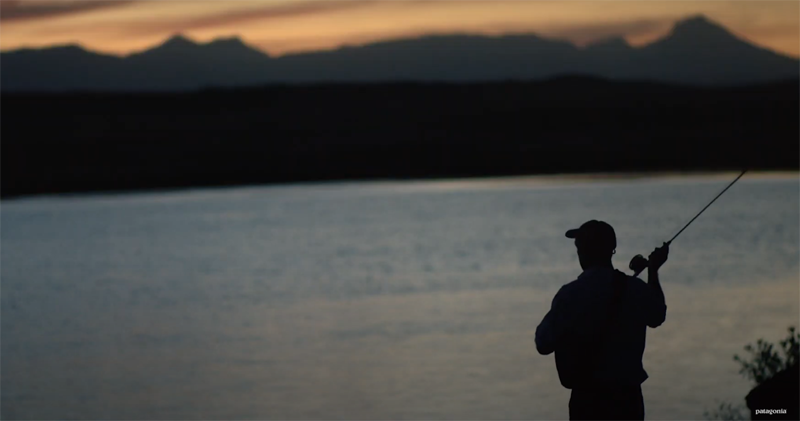 Together with Patagonia, we’re excited to bring you this exclusive showing of Public Trust: The Fight for America’s Public Lands. The film will be shown on June 6 at 4:15pm MDT on our Crowdcast platform. This exploration of the threats facing our public lands features our own Hal Herring, host of the Podcast & Blast! Reserve your ticket now for this important, timely lens into the fight for our wild, public lands and the work of those who have stepped up to defend our birthright.

Catch the trailer below and then purchase your ticket to access this film and the rest of the digital Rendezvous events!

Afterwards, join an interactive discussion with both the filmmakers and subjects of Public Trust. Hal will facilitate questions and conversation as panelists address the values that ground the film and the threats to our shared resources that ignite it. Don’t miss out — their personal narratives tell a powerful story about the past, present and future of our public lands and waters.

In a time of growing polarization, Americans still share something in common: 640 million acres of public land. Held in trust by the federal government for all citizens of the United States, these places are a stronghold against climate change, sacred to native people, home to wildlife and intrinsic to our national identity. But today, despite support from voters across the political spectrum, they face unprecedented threats from extractive industries and the politicians in their pockets. Part love letter, part political exposé, Public Trust investigates how we arrived at this precarious moment through three heated conflicts—a national monument in the Utah desert, a proposed mine in the Boundary Waters and oil drilling in the Arctic National Wildlife Refuge—and makes a case for their continued protection.

Bernadette Demientieff is the executive director of the Gwich’in Steering Committee and is Gwichyaa Zhee Gwich’in. She was raised in Fort Yukon and spent her summers in Venetie. Bernadette’s great grandmother was Marcis (Horace) Moses from Old Crow in the Canadian Territory of Yukon, and her grandfather, Daniel Horace, is from Fort Yukon, Alaska. Her parents are Betty (Walter Flitt) of Alaska and Bernard (Melanie) Hornsby of Louisiana. Bernadette is the mother of five children and grandmother of five beautiful grandchildren. She takes this position very seriously, and it has transformed her life to better serve her people. Bernadette stands strong to protect the Arctic National Wildlife Refuge-Coastal Plain, the Porcupine Caribou Herd and the Gwich’in way of life. Bernadette is a council member for the Arctic Refuge Defense Council. She also serves as an advisory board member for NDN Collective, the Care of Creations Task Force, Native Movement Alaska, and Defend the Sacred Alaska. She is a tribal member of the Gwichyaa Zhee Gwich’in Tribal Government and on the leadership council for ITR. She continues use her voice for what she believes in.

Jeremy Hunter Rubingh is the producer of Public Trust. He has worked for the last decade at the nexus of politics and conservation in the West for foundations and strategic think-tanks where he developed messaging, media strategy, diverse voice engagement and innovative tactics on a variety of public land and clean energy issues. He has also worked in film as an executive producer with the Story Group on the short film, Unacceptable Risk: Firefighters on the Frontlines of Climate Change, and as director and producer on several other short projects, including an award-winning short film focused on backcountry skiing and 1872 mining law reform in a small Colorado community. Jeremy currently lives on a small sailboat in Seattle where he feels lucky to connect with Puget Sound, old growth forests, and the incredible mountains and volcanoes of the Cascades.

Greenough, Montana’s Juanita Vero is a fourth-generation partner of the E Bar L Ranch, one of Montana’s oldest family-owned and operated dude ranches. She also serves as a Missoula County commissioner. Juanita doesn’t know a tippet from her elbow, nor does she hunt, but she cares deeply about intact ecosystems, working landscapes and public access. She’s been known to break ground-squirrel necks and eat them.

An award-winning journalist and contributing editor at Field & Stream, Hal Herring has written for a wide range of publications including The Atlantic, The Economist and Bugle. He’s a lifelong outdoorsman, mountaineer, hunter and fisherman whose fans have come to expect deeply reported, thought-provoking stories and essays. He brings this passion and investigative spirit to BHA’s Podcast & Blast, which he has hosted since its inception in 2017.