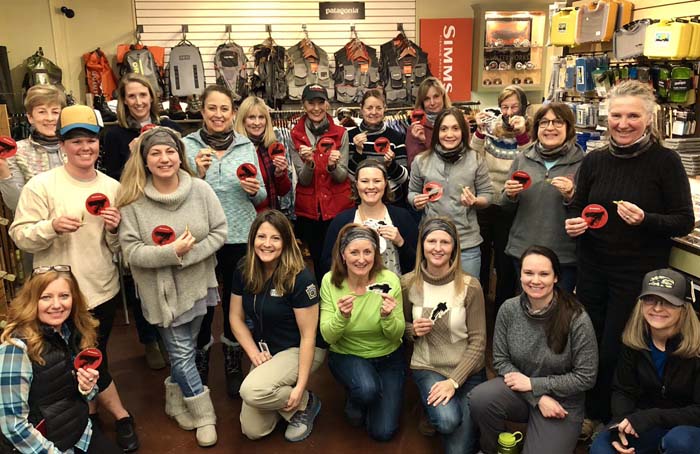 You’re going to learn how to hand whip finish, now

Welcoming women to the world of fly tying at the first “Women’s Intro to Fly Tying” night, State College, Pennsylvania. Event sponsored in part by the TCO Fly Shop where the event was held, and the Pennsylvania Fish Commission – January 17, 2019.

[dropcap]A[/dropcap]ngie, my retired lawyer friend and oft-time angling buddy, and her sister got into #MeToo, women in fly fishing (they love our site), and always, good wine. I’m not sure what got ten women to learn how to make a few basic flies and repeat the class at Angie’s “estate” for the next ten weekends, but I don’t think the wine had a negative impact – $34 bottle (California). It was also a listening lesson for me in what women think of our president and his politics – never mind. 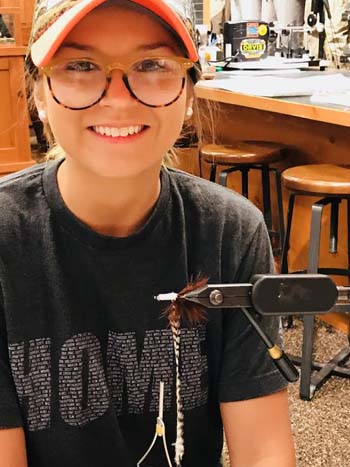 Except for a few, all the women had unexpectedly high functioning dexterity. They’d all learned sewing and some still crocheted. That said, it was the tying-off the fly that hung “us” all up. They could understand my teaching them the half-hitch and how to use the Matarelli (see note) whip-finishing tool, but not the one ‘hand’ whip finish the fly. 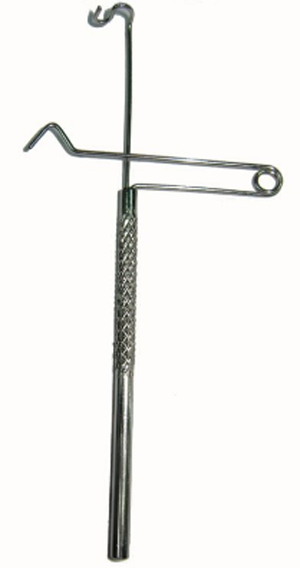 Coming to grips with the fact that these women were probably smarter than me and couldn’t learn meant I was a sh*t teacher. So, last week, I started ‘searching’ our site for past stories on fly tying. Too many, I gave up, and the internet was worse.

I called my tying Guru friend in California, Col. Eddie Brennan who once co-owned a fly shop in Spain – he would know, and he did, and it was right under my nose – Ruben Martin, fly tyer extraordinaire from Argentina and my favorite tyer.

Eddie gave me the link to Martin’s video. After watching it a couple of times I was perplexed as to why no one could teach it as well as Ruben?

Back to Angie’s and a plan

Angie has the most significant single TV screen ever built or that I’ve ever seen. It’s hidden away in the wall, and the room quickly sets up theater-like. So all 15 or us (yes, we grew). No one shares a tying vice in this group – all are new and hi-end. Some in this august group have chauffeurs.

I got the YouTube channel up and let Martin’s video play. Every last person got it

I verbalized the translation – occasionally stopping for questions, catching my breath, or letting the women make the maneuvers or pour. Everyone in the room learned how to one-hand whip finish a fly; perfectly.

NOTE: Frank Matarelli improved on D. H. Thompson whip-finishing tool by making the shaft of his revolve within a brass tube – the source of the patent he held.