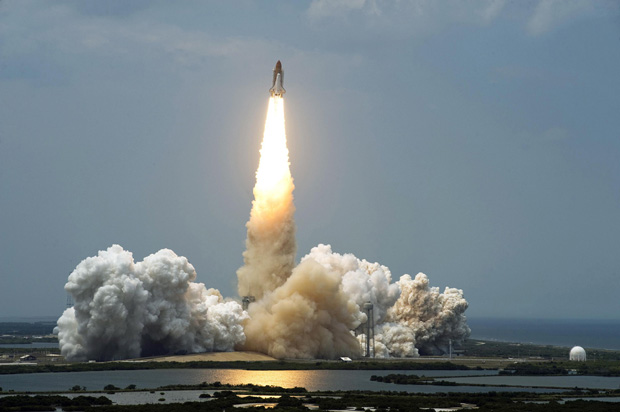 We didn’t make this up

[dropcap]A[/dropcap] proposal put forth by John Walsh, Chief Executive Officer of the Canaveral Port Authority, and unknown foreign and domestic business interests, was approved by five Brevard County (Florida) Commissioners. Here’s some of the skinny, so far.

“The Five,” as in Brevard County, Florida commissioners Five: Robin Fisher (Chair), Jim Barfield, Trudie Infantini, Curt Smith and Andy Anderson have all decided, with the authority vested in them, to run rough-shod over 551,000 taxpaying citizens who do not have representation in the Port Canaveral “arrangement.” Here’s more . . .

We did not make this video up either. It is not a comedy spoof and humorist Dave Barry didn’t write CEO Walsh’s script. Watch “Big Brother” get a backlash he didn’t expect

We are OPPOSED to The Canaveral Port Authority’s two chosen plans and the Environmental Impact Statement’s (EIS) approval, (Docket # FD35852) to run a causeway/bridge for a cargo train from the North side of the Port, across the Northern section of the Banana River to North Merritt Island. It would then run along The Savannahs subdivision and county owned golf course. It would continue North on the East side of North Merritt Island, through valuable wetlands to connect to the Kennedy Space Center (KSC) rail system in order to connect to the Florida East Coast railway between Titusville and Mims. This particular plan would impact the residents of The Savannahs, (1/3 of a mile away) other subdivisions, individual homeowners, and the environmentally sensitive and pristine area of the Indian River Lagoon, the North Banana River! Because this area has no development in the government owned lands on it’s shores and is lined with valuable wetlands that naturally filter run-off before it inters the river, and has prohibited motorboats in this area for decades, this IS the most pristine area of the Indian River Lagoon. Fit fishermen that can paddle to this area can easily catch 20 to 30 pound fish. The grass beds and water quality of this section of the Lagoon is pristine and the marine life is flourishing. This area acts as a fish hatchery for the entire Lagoon. Naturally, some of the marine life do swim south and are integrated with other parts of the Lagoon. Therefore, construction, adding a causeway/bridge, and putting train tracks through the wetlands will tremendously have an adverse impact on the Banana River and the entire Lagoon. There is no mitigation that could make-up for this amount of damage to the North Banana River and the entire Indian River Lagoon.

Snook and Tarpon are commonly caught in the Indian River Lagoon and can be found in canals, along mangrove shorelines and out on the open flats. The “Lagoon” is best known for it redfish in the 30- to 35-pound class. Sebastian Inlet is one of the top snook fisheries in the state. Flies mimicking glass minnows, finger mullet and other bait species get followed by an abundant supply of ladyfish, jacks, schoolie trout, and mangrove snapper, sheepshead, black drum, and more.

One of the other plans, (not chosen) runs the rail spur directly North from the Port, through the USAF Station to connect to the KSC rail that goes almost to the coastline and would not adversely affect Merritt Island residents or the sensitive environment in and along the North Banana River.

This one Billion dollar Port project is set to be approved in phases. Further along, they intend to fill 50 acres of this same area of the North Banana River as well as many other projects that will also adversely affect our sensitive environment.

Our final concern is that The Canaveral Port Authority, as a taxing authority that discontinued the Port tax in 1986 to Brevard’s property owners in the 5 Port Districts, may intend or be forced to come back to Brevard’s taxpayers again for assistance by reenacting the tax to help pay for this huge project that will NOT benefit most of us.