For the past 20 years, Atlantic salmon have been protected in Maine. Although the population is still critically endangered, science and management efforts to support salmon recovery have also benefited the entire ecosystem and local community. 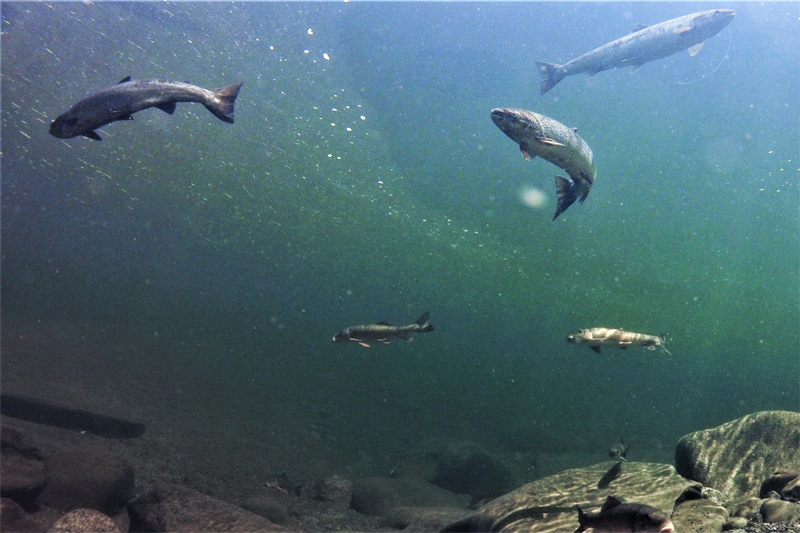 We highlight examples of the “ripple effects” and benefits of Atlantic Salmon conservation for the environment and community. 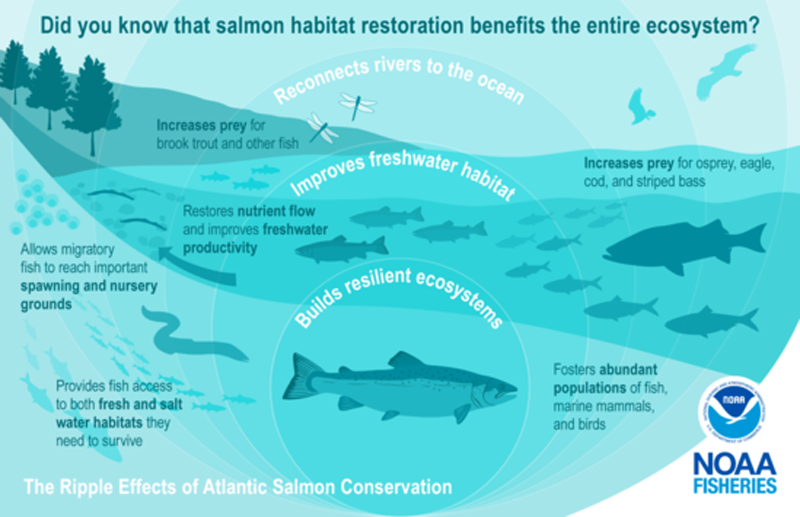 The Ripple Effects of Atlantic Salmon Conservation on ecosystems. Infographic by NOAA.

When dams are removed and rivers are reconnected to the ocean, the freshwater habitat improves and ecosystems become more resilient. Removing dams and restoring watersheds also allows fish to reach their spawning grounds and access fresh and saltwater habitats to increase fish populations and build more resilient ecosystems. 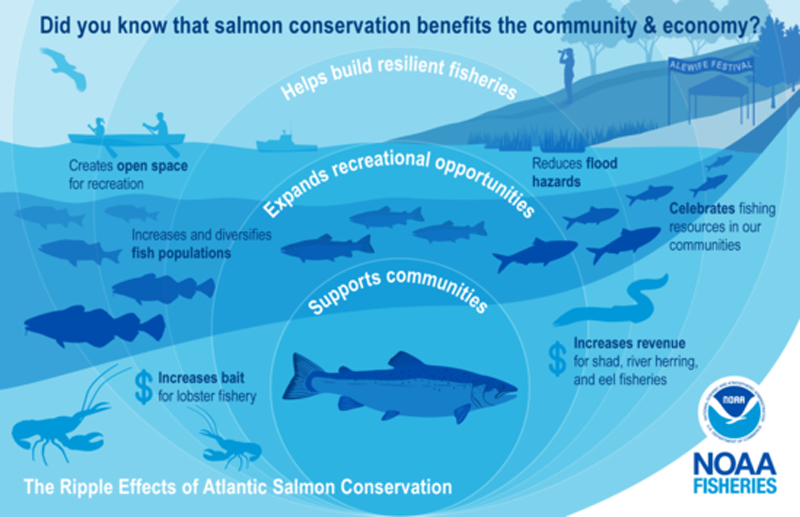 The Ripple Effects of Atlantic Salmon Conservation on community. Infographic by NOAA.

When watersheds are restored, it opens up space and opportunities for recreation such as nature walks and watersports. Restored wetlands provide habitat and coastal protection from flood hazards. Restoring rivers and natural resources also increases cultural value, community pride, and celebrates fishing resources with an increased diversity in fish populations and fishery revenue.